Wet legs, WILDES and way more Arcade Fire - here is what we listened to in April on RXCOMMENDS May 2, 2022

Welcome to RXCOMMENDS, where our team of music curators pick the best tracks released the past month! After running this series weekly for a year, we have decided to pivot to a monthly installment.

April has been quite the month for music. We saw two hip hop heavyweights drop albums (no it is not Kanye vs Drake again, although both are involved). I am of course talking about Pusha T and Future. Harry Styles has put out music after a long while, and so did Lizzo. In the rock realm, we saw new albums from Father John Misty, PUP, Red Hot Chili Peppers and Jack White. Silk Sonic swept the Grammys and we may have heard the last from Machine Gun Kelly doing pop punk (for better or worse). Here are some tracks we are specifically digging and programming this month: 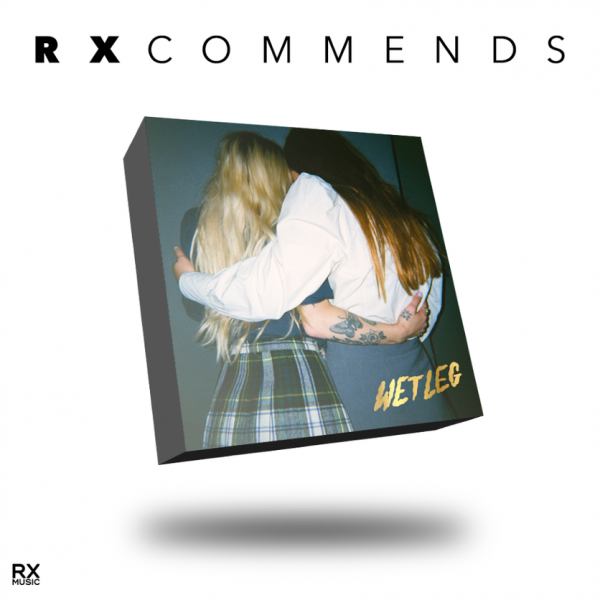 I’m so glad this track came out in time for me to write about it for RXCOMMENDS. Arcade Fire’s newest single “Unconditional I (Lookout Kid)” is almost indescribably powerful. This band are at their very best when they take on all-encompassing themes, and they’ve done it here in as graceful and affecting a way as ever. The track also marks a kind of shift in perspective for the band from the ennui that comes with the restlessness of youth to a more experienced outlook. This is the voice of parents speaking to their children, though the band sounds no less exhilarating for it. In fact, it’s just thrilling to hear Arcade Fire tap into their anthemic, orchestral side again; as much as I love their earnest brand of disco, it’s the more organic sounds of Funeral, Neon Bible, and The Suburbs that hit hardest. After what feels like way too long, it’s a dream to see Arcade Fire on the winning side all over again.

“As It Was” – Harry Styles
By: Michael Primiani

Harry’s first single in quite some time came out this month and boy are we ever here for it. “As It Was” is a super catchy track made for Happy Hours, hotel lobbies, peak pool times and anywhere where things are getting going. It has the frantic energy of recent indie rock hits by The Rare Occasions and Surf Curse mixed with Harry’s soft vocals gliding over top. This makes it perfect fodder for Tik Tok cooking tutorials, restaurant reviews, real estate showings and compilations of your friends from last summer. “As It Was” is now spinning in all of your favorite spots that have our service, because we have responded to this banger – “so it shall be”. Harry’s new album Harry’s House will be out May 20th.

Orville Peck’s album Bronco, released this month, is full of gorgeous tunes. There’s a real cinematic quality to this track in particular that I love, and I can’t quite put my finger on why. It could be the lonely harmonica opening the track and the way it invokes the despair of Springsteen’s Nebraska or the tongue-in-cheek camp of the lyrics “yippee-ki-yi-yay, I’m always down / for hanging around” or the way the arrangement just soars and floats after the second verse. In any case, it’s the eccentricity and mystique of the persona and the songwriting that makes Orville Peck so special. It’s impossible to pinpoint what makes Bronco so satisfying, and that’s part of the ride.

“Drive All Night” – The Bros. Landreth
By: Michael Primiani

Folky duo The Bros. Landreth have released a very soulful new track. Comparable to Lake Street Dive or Nathaniel Rateliff, “Drive All Night” is a tune for patios with campfires, hanging at the cottage or anywhere you could possibly unwind. First recorded as a solo track by brother Joey, it was originally a lot more stripped back with slight electro guitar elements and mellotron notes – reminiscent of The Postal Service. It was then recorded by the band with a complimentary drum pattern and bigger guitars and bass, while still remaining groovy and relaxing – like a stripped down solo track. Look out for their new album Come Morning out May 13th.

For the past few months, I have really been digging the quirky indie rock singles by British band Wet Leg – which range from jump around the room jangly chord punk to windows rolled down chilled out vibes. April 8th finally saw the release of their self-titled debut album. While I have been really digging the album, it’s a bit of a case of a 3 minute movie trailer spoiling the whole film, in that we received the bulk of the music in singles already. However, a tune that was unreleased prior called “Loving You” has been implanted in my head for the past month. It’s a very easy going cut, making it ideal for lunch and sunny patios. Rhian and Hester croon about being unsure about where someone stands with a love interest, while being comfortable in the stasis. A pedestal we could all surely strive for, in different scenarios. Strap some towels to your knees and listen to their debut now. Well maybe not right now, you could be in a dentist office or something. Actually yeah do it right now, let’s see how cool your dentist is until you lie about how often you floss.

Not your typical “happy-go-lucky” track, but rather a conversation piece that Ella confesses she had with herself, targeting some repressed anger.

Self-awareness is essential when evaluating your true-identity and through WIILDES transparent and powerful vocals, she earns the utmost respect she has been searching for.