The return of Charli, Arcade Fire and what Dan Auerbach has cooking up - this is RXCOMMENDS April 7, 2022

Welcome to RXCOMMENDS, where our team of music curators pick the best tracks released the past month! After running this series weekly for a year, we have decided to pivot to a monthly installment. What new music has been occupying our office playlist and what fresh picks are we programming for our clients? Find out below! 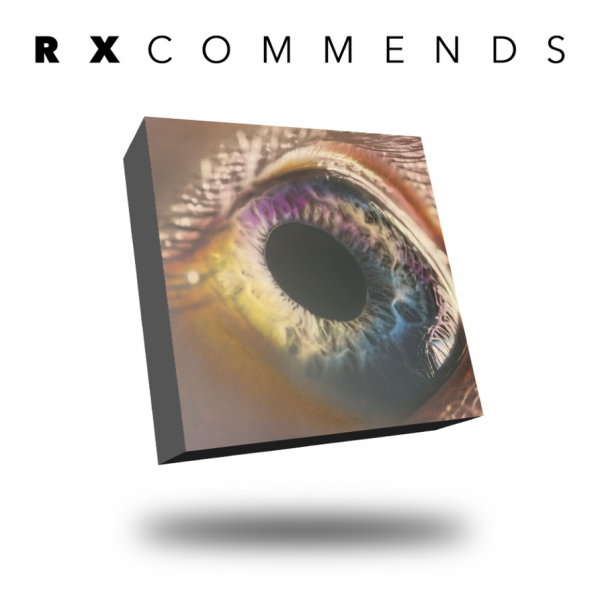 “The Lightning I, II” – Arcade Fire
By: Matt Lipson

Being a millennial from Montreal, I’m a hardcore Arcade Fire fan. It’s always been a badge I’ve been proud to wear; while the albums only come every three to five years, you could be pretty assured that the wait was going to yield a masterpiece. That was true until 2017, when the band released Everything Now, the first critical flop of their now 20-year run. Now, with the run-up to their sixth LP, WE, the stakes are high and there’s a general nervousness amongst fans about a second consecutive let-down.

With the release of the first single, a two-parter called “Lightning I, II” – that fear has been tempered. In fact, it’s an absolutely stellar, dream-making return to form. And after the cynicism and insincerity of Everything Now, it’s also one hell of a peace offering. The track finds the band reinvigorated with the sweeping arrangements and themes for which they became so beloved, and Win Butler’s singing is more emotive than we’ve heard in nearly a decade. And while the first half, “Lightning I” whets the appetite with sincerity, the second half is the real reward here. It’s an exhilarating return to the sound of The Suburbs – sweeping in theme and arrangement, ecstatic, vaguely nostalgic. Arcade Fire are at their best when they’ve got the weight of the world on their shoulders, and I’m perfectly happy for them to bear that load again.

Pennsylvania-based Ceramic Animal dropped their latest LP Sweet Unknown earlier this month.  The album was produced by Black Keys frontman Dan Auerbach and is the band’s first release on his Easy Eye Sound label, following three successfully self-funded, produced and released albums.  The band, made up for brothers Chris, Erik and Elliott Regan, alongside childhood friend Anthony Marchione and Dallas Hosey, pride themselves in maintaining a ruggedly DIY sound met with emotional introspective lyrics.  Check out the video for the album’s lead single and title track, directed by Ford Fairchild.

This past month, Charli XCX put out her fifth studio album CRASH full of pop smash hits from one of the UK’s foremost bop creators. Teaming up with some of the biggest pop producers but also her usual gang of hyperpop pals like A.G. Cook and Dylan Brady of 100 gecs, Charli melds her unique hyperpop warbled percussion, flashy synths and crystal clean and layered vocals with more mainstream pop sensibilities. This album was inspired by the pop starlets of the 80s, namely Janet Jackson, and Charli’s vocals and outfits recall this era very well. “Move Me” is full of head bopping staccato rhythms and two step percussion. It’s ear wormy chorus is ready to get in your head, and its dreamy rhythms are perfect for a night out. Perfect for anywhere with a smoke machine or the fog cascading over the bar from an infused cocktail.

Montreal alt-pop trip Group Project released a new single called “bloody nose” on March 11. Featuring a catchy chorus and a stomp clap acoustic guitar in the verses, “bloody nose” is a must listen. As your head bops along to the melodies, you’ll be reaching for the replay button before its over. While simultaneously being a bright and peppy tune, the track does feature a certain level of spunkiness to it that recall Oliver Tree, or Olivia Rodrigo’s recent output. Great one for a great bar that hopefully has a great nacho plate to go with it.

Singer-songwriter Victory returned this month with another earworm of a single, “Chosen” featuring Ottawa artist City Fidelia.  The track was produced by accomplished Toronto producer NeverHeardTay (DillanPonders, Tre Mission, Pvrx) and offers 90s feel with an upbeat and hopeful sound, appropriately matching the uplifting lyrical content of the song, vowing to not let the moment pass you by when spending time with someone who makes you feel your best.  Victory is coming off of a very successful 2021 which earned her media attention from the likes of CBC, Stringray Radio and Complex.