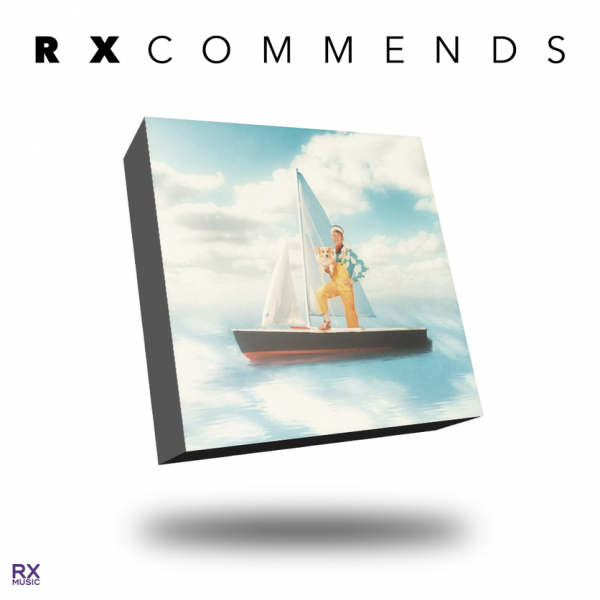 “Hold on to Yourself” – Daryl Hall & John Oates
By: Michael Primiani

“Modern yacht rock” is a genre I find myself searching for a lot because it makes for such stellar dinner music over a nice steak or a pasta carbonara. But no one does this smooth baritone vocal groove like the OGs. Hall & Oates have put out a remaster of this fantastic track from their 1997 album Marigold Sky that sounds better than ever. It also includes a beautiful sax solo to class up any joint it plays in. Call it cheesy, call it hoaky but you can’t call it dated. The smooth sounds of Hall & Oates trademark brand of soft rock are here to stay, influencing many new school artists along the way. The full 25th anniversary remaster of Marigold Sky comes out March 25th 2022.

Toronto-based folk/pop artist Sarah Hiltz released her latest album Calm Fury this past Friday.  The sonically calming album offers relaxed listening and mellow, swooning vibes which won’t leave you surprised learning that Sarah is a graduate of Humber College’s music program, focusing in Jazz Vocals.  Sarah has said the album is a collection of songs inspired by her research into ways that Canadians experience, express and repress anger.  The album was produced by Howard Bilerman (Leonard Cohen, Arcade Fire) and was recorded in Montréal.  Check out the visualizer video for the albums title track “Calm Fury” below:

It’s ok if you haven’t heard of the band, Wet Leg, just yet. Barely three years together, the British group have yet to release their debut album (that finally arrives next month) though all of the Music that Wet Leg have released, has been (indeed) all killer and no filler. After initially receiving attention for their irresistible first single, it was easy to write them off as another one-hit-wonder act, however it seems Wet Leg have a different plan. Going against type, the band have somehow gone on to release four more absolute knockout songs – most recently, the excellent and catchy-as-anything “Angelica”. A simple slinky guitar riff opens the doors to the song, where the first lyrics could easily be construed as the M.O. of the band (as if they are the title character): “Angelica was on her way to the party / She doesn’t need to wait for anybody / Knows exactly what’s she’s doin’ / I watch as she commands the room”. From there, the song blasts off into the kind of indie guitar rock you probably forgot you loved (and were actually able to dance to) with a throbbing bassline, and hooks galore. It’s another incredible feat by Wet Leg who are now five for five with their singles and seem to be bracing fans (including many soon-to-be, and sure-to-be) for the musical magic they have coming our way.

As a huge fan of vaporwave and future funk, I have been listening to Yung Bae for quite some time. I have seen Yung Bae transition from a sample heavy producer of 70s funk tunes and Japanese city pop, to more organic pop and nu-disco production on his plethora of singles since his last album Bae 5. Many of these singles are featured on his new album Groove Continental: Side A including “Straight up Relaxin” alongside Cosmo’s Midnight. Yung Bae has become known for his combo of disco, Motown and funk and this is a clear example with a groovy bassline, spacey keyboards and Nile Rodgers style guitar chords. Cosmo’s Midnight vocals adds a whole new layer of smooth and lyrics about relaxing in the sunlight add to the beachy continental album theme. Perfect for brunch mimosas or late-night margaritas. Yung Bae is a hit with all my clients and really spices up the space his music is playing in. To quote another spicy additive – the former advertising campaign for Frank’s Red Hot Sauce – I put this sh*t on everything!