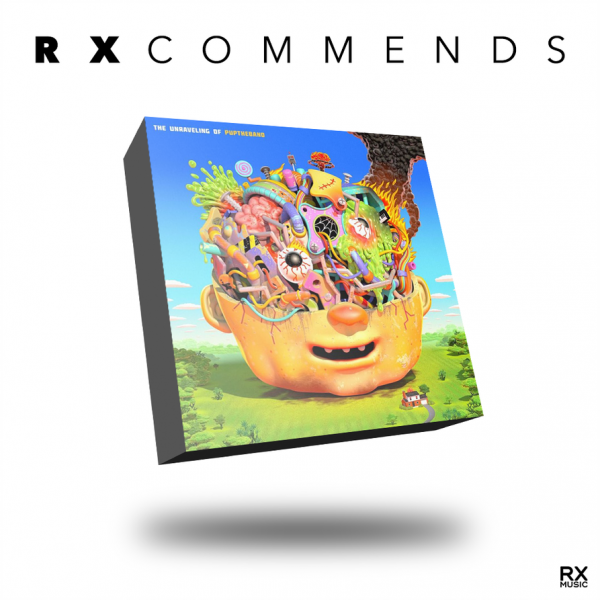 “The Innocent” – AURORA
By: Ben Birchard

Aurora Aksnes – the Norwegian singer, songwriter, dancer and record producer who goes simply by Aurora just released her 4th studio album The Gods We Can Touch. The whole album is great modern pop. At times it has melodies that might belong on an updated Amelie soundtrack (“Inhale Exhale”) while other tracks embrace that contemporary take on 80’s synth we hear so much these days (“A Temporary High”).

The songwriting is thoughtful, the music is interesting and it’s a very easy listen. It’s interesting without really challenging the listener, making it great fodder for background music that impacts the experience. A great example of this is ‘The Innocent’. It seems to borrow heavily from a ‘Sinnerman’ vibe with the piano intro,  grabbing your attention right off the bat, but then the groove takes over and the track recedes into the back of your mind like Homer Simpson allowing you to enjoy it while going about your business. A perfect track for the lounge adjacent to the lobby of a boutique hotel in a metropolitan setting.

Charlie Puth (boy genius)’s new single serves us his token catchy pop, perfect falsetto, and bulletproof production. The track employs the same 80s sounds, bouncy tempo, and sophisticated textures in the arrangement that have become so massively popular lately (consider The Weeknd’s last two albums as picture-perfect references for this sound). Oh and there’s a charming music video of this one too!

Feeling the sad girl January vibe (but pretty tune) of “Watercolor Eyes”. Fairly cheeky move of basically sampling Creep again after facing a lawsuit by Radiohead with her track “Get Free”. (Don’t these kids have something else to do besides sit around and look cool all day with cool backgrounds in Euphoria? CPTs? Essays? Exams? – Editor)

This new cheery little tune from Peach Pit is a pretty ode to the thought of being neighbors with your best friend. It has a staccato, driving rhythm that reminds me a lot of the Paul part of The Beatles “A Day in the Life”. It’s a warm and sunny tune to accent a sunny day if you got it. Or to imagine that your electric heater by your side in sub zero temperatures is a tropical breeze. Perfect for a hotel lobby, coffee shop or brunch after you’ve woken up, got out of bed and dragged a comb across your head.

It’s not easy for bands that are labelled a “supergroup”. Expectations are usually sky high, with the results often not delivering on what the fans of their original bands, are wanting. It does however makes things easier when the bands the artists are coming from, aren’t too big in the mainstream, which is the case here with the punk rock four-piece, PLOSIVS.

Bringing together members from Against Me!, Rocket From the Crypt, Pinback and Mrs. Magician, PLOSIVS originally formed in 2020, though in looking back now, it’s easy to see that wasn’t exactly the best time for a new band to make any sort of impact (or even tour!).

Any delay doesn’t seem to have slowed PLOSIVS urgency in sound, or watered down their awesome hook-y rock n roll energy, as heard on their latest track, “Broken Eyes”. Opening with a forward moving guitar bass drums motif, the opening lyrics easily call back to the pandemic (which we can all likely relate to): “Tired eyes / Broken eyes / See them from far away / All this distance”.

Front-man Rob Crow has said of the single, “To me, an obvious universal psychological protocol should be to remember there are as many perspectives to any event or situation as there are sentient beings affected by the experience, as opposed to the apocryphal notion of ‘two sides to every story.’ For a person to claim an absolute based on the one experience and perspective they can ever truly know seems irrational.”

While you can hear bits of the members previous bands (particularly guitarist John Reis’ more recent work with the Hot Snakes) it feels like PLOSIVS could be the start of something even greater than the sum of its parts.

Toronto punk rockers PUP came out with a new single last week which will be featured on their fourth album THE UNRAVELING OF PUP THE BAND due the first week of April. “Robot Writes a Love Song” is an odd little track but sounds great and surely sets the tone of a strange and chaotic album to come, according to lead singer Stefan Babcock. The song uses robots and AI seemingly as a metaphor about memory and feeling worn down to a cog in the machine more than an individual. It has great riffs and a big burly chorus with gang vocals, in true PUP fashion. This particular “robot”, besides trying to replicate a lost love or lost time, also experiences malfunctions upon hearing radio stations play the same song repeatedly. While 102.1 The Edge (the radio station in question) seems a bit baffled by the call out for playing Soundgarden’s “Black Hole Sun” too much, I think it’s more deserving for the human rights violation caused by 104.5 Chum FM upon others beating us over the head with “Despacito” thrice an hour in the summer of 2017. In the words of a PUP hit from their first album “we had some dark days”. Crank this one up some place where past summer overstays like “Despacito” and “Blurred Lines” won’t find you.