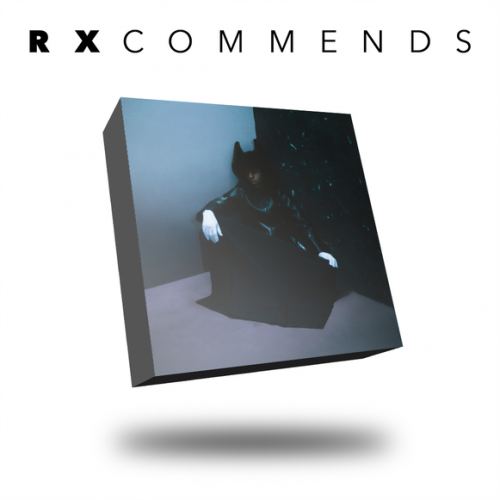 As I mentioned in our Black Future Month edition of RXCOMMENDS, I have been eagerly anticipating Bakar’s first full album, Nobody’s Home. Well, it was finally released on February 25th, and I’m here to report that, once again, The UK singer-songwriter did not disappoint. In an album full of surprises and variety in terms of genre, mood and energy, it’s hard to pick a front-runner. A favourite of mine from the album is one of the more upbeat, punk sounding tracks titled “Reclaim!”. With boundless energy and a deeply catchy chorus, “Reclaim!” serves as an energy/confidence boost we can all relate to, while simultaneously recounting a story specifically from Bakar’s own life. I find this duality to be one of the musician’s many powers, which he’s done an admirable job of “Reclaim!”-ing.

My headphones have been dominated the past few weeks by 80+ minutes of new music by one of my favorite artists Beach House and it seems like I find a new favorite song every day. My current favorite and perhaps the most programmable track for my clients off of the Baltimore dream pop duo’s new album Once Twice Melody is “Hurts to Love”. A little more upbeat with a more uptempo groove compared to the rest, this lovely track features arpeggiated synths, a soulful organ and gorgeous double tracked vocals by Victoria Legrand. Theme wise, the song is about getting over a bad experience and forging a path forward to brighter days. The lyrics interpolate “Wild World” by Cat Stevens, recognizing that There’s a lot of bad things out there but a lot of beauty as well. I think were all feeling a little bit of that right now. This tune is perfect for cafes, lobbies, lounges and anywhere worth stopping on your way to your destination.

Canadian Hip-Hop artist on the rise, Boslen has just released “LEVELS”, the first single off of his upcoming project GONZO.

“I challenged myself more than I ever have with “LEVELS”, with the goal of pushing the boundaries of what today’s music sounds like, and speaking on subjects that I feel are left unspoken in today’s musical landscape. I believe that we praise false idols, and consequently lose true artistic integrity when trying to emulate others. The people who fixate on maintaining their creativity and staying true to their vision are the true trailblazers.” - Boslen

Check out the single’s freshly released, captivating video below:

Montréal export Zach Zoya is back with a new single “Strangers in The House” featuring fellow Montréaler, Soran.  Zach has had a fantastic start to 2022 featuring nods from YouTube on their “Trending Artist on the Rise” list, was one of three Canadian artists featured in SoundCloud’s Black History Month initiative, and was invited to take part in the NFL Canada’s celebration for this year’s SuperBowl.  Check out his new track and the official visualizer video, directed by Guillaume Landry below:

The Future of Canadian R&B