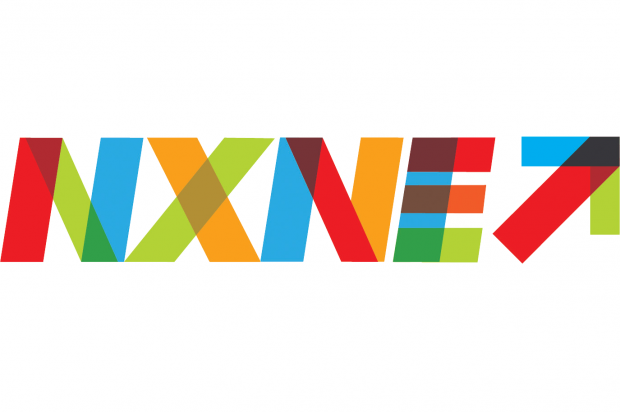 RX Music recently attended Toronto’s very own NXNE (North by Northeast Festivals and Conferences), a Canadian festival destination for emerging artists and major-label headliners, filmmakers, hilarious comedians, visual artists, and innovators bridging the gap between technology and the arts. Showcasing Music, Film, Art, Comedy and Interactive Panels from industry professionals, NXNE is considered to be one of the most anticipated summer music festivals in Canada.

Along with playing on the Sunday night at 1:00am with my band, I was fortunate enough to attend a number of amazing panels held by some very smart, industry leading professionals.
Ultimately, the goal was to investigate new leads and developments in the always changing music-marketing industry, evaluate the strengths and weaknesses of our competition, and ultimately network and share knowledge with other professionals in the field. I’m going to outline some of the key panels I attended that may have some benefit to us as professional curators at RX Music.

This was the first of the NXNE panels I attended, and probably the most entertaining to be a part of. The talk was hosted by BuzzFeed’s Scott Lamb and Jack Shepherd, who have been with BuzzFeed since the beginning when there were only 6 employees (BuzzFeed now has around 500 contributors worldwide).

This panel didn’t necessarily focus on where ideas come from, but more so on how ideas come about, and how to successfully interact with an online community and continually intrigue an audience with content.
With the steps we’ve been taking to re-conceptualize our online and social media presence, this panel turned out to have a lot of insightful info. The discussion, which was all improvised by the speakers, dove deep into content creation and how one can avoid mental blocks when creating a blog post. An important tip that was offered was to create boundaries within an idea. For example, simply giving yourself a time limit on a particular concept.

The theme was continually brought up in this panel was of quantity over quality. They found that between editors who would spend all day on a single post, versus editors who contribute more than 5 posts a day, the editor producing more content will be more likely to have a succesful post and potentially go viral. Scott Lamb mentioned an acronym that they use a lot at Buzzfeed – TATTY CAP “The Thing After The Thing You Care About Phenomenon.” It’s common for a blogger to spend hours on a post that they’ve put a lot of emotion and hard work into, followed by an article that is more or less meaningless to them, and having the latter one do surprisingly really well compared the one that has had more effort put into it. Not to say that this is always true, but definitely something to think about when blogging. Readers are often looking for that simple short story, a quick laugh, or something that will trigger a quick emotion.

Of course, this can mean that they will have more unsuccessful posts in total.. but who’s counting?! There isn’t really anything to lose with a boring post. The reader will simply close it and move on to the next thing.  Of course, you do want to maintain that sense of trust with your reader that they go to your website because they know they will be entertained.

At the end of the panel, the whole panel collaboratively made a BuzzFeed post – 33 Things Every Conference Attendee Knows To Be True. All the audience members contributed ideas – mine was #2! By the way, this was the first ever, LIVE, collaborative BuzzFeed post, and RX Music was there for it! We Check out Jack’s tweet – https://twitter.com/expresident/status/479308580362141696
A link to the post – http://www.buzzfeed.com/expresident/every-conference-ever
Music Metadata and New Ways Of Experiencing Music
Gwenael Le Bodic ,CEO & Co-founder of Green Copper,discussed the innovative ways his company uses metadata to connect fans with their favorite bands and artists at music festivals and events, as well as connect new fans to new and upcoming independent artists. They design a multitude of apps and widgets to do so, boosting the experience of music fans while delivering community insights and powering music discovery, personal schedules, friend-finder and on-site localization and audience metrics for brands.

Gwenael coninutely ephasised the importance of music metadata. Internal metadata is applied on internal and repositories of content. For example, Music Web API’s (such as Rdio, Pandora, Last.fm, Gracenote etc.) rely on accurate music metadata. Gwenael discussed the disadvantages of algorithmic based API’s and that often the metadata is mislabeled/uncategorized. (This is one of the leading advantages for humanized, manual-based curation services such as RX Music. Another key note mentioned was the use of Gracenote and/or FreeDB – fingerprinting databases to look-up CD information based on a CD/track id (Community based). MusicBrainz is also a structured open online database for music, where track info entries are made by volunteered editors.
New Tools of A&R
A&R has changed a lot since the days when Corporate driven giants solely controlled the record industry. Not too long ago, it was common for a major label to have 50 A&R people across the country (US).  “These days there’s no rule book, no formula – just experience and knowing how to play the game.”
Craig “Big C” Mannix, spoke on the changing role of an A&R Rep. These days, bloggers, music supervisors, and other music industry professionals can be just as responsible for “breaking” a band or an artist into the spotlight, and ultimately commercial success. It is becoming more and more common that these taste-making individuals who have been building online platforms are emerging with their own independent labels, releasing new music and essentially taking on the role as a modern day A&R person.

As important as it is to have the backbone and support from the online community, it really comes down to the music.  “Stop trying to get a record deal – get popular and create passion,” which will manifest itself in social media presence or, more concretely, having a line around the block for your show at a club or venue.

“In a lot of ways, A&R is more crowd-sourced now,” “Artists are building their own audiences, so sometimes it’s okay to have the fans find an artist for you.”
Having a massive following, especially across social media platforms or on a service like YouTube, doesn’t necessarily mean you will have success selling records – It comes down to writing an original song that resonates.

This was a great talk hosted by 8tracks’ David Porter, Pitchfork’s Matt Frampton, and Toronto’s very own Mike Wigman (CEO of Rithm).

Curation exists all around us. “We live in a online world surrounded by curated content” –  We’re constantly on the search for that next viral video, meme, gif, song, or the next hottest band. When it comes to music curation specifically, with the rise of online media in the past decade, music lovers have a multitude of sources they can now draw from.
Blogs are a big one. Sites such as Pitchfork, Vice, and Earmilk among many, contribute largely to how music is received by the general consensus and actually have a strong influence on the record industry. Matt Frampton, Vice President of Sales for Pitchfork, who has been with the company since the early days, discussed how building a sense of trust with your audience is key to having a successful music blog.

Streaming is another huge one. When illegal downloading first surfaced in the early 2000’s with programs like Kazaa and Limewire, you were able to “follow” seeders based on their downloaded content. This sparked the idea for CEO & Founder of 8tracks, David Porter, to create a site that did just that – “Internet radio, created by the people”. The idea is that you can create stream-able playlists to share them with your friends and gain followers. The downfalls – great for personal listening, not great for environments where you have to adhere to all demographics. Because 8tracks runs off of a provision in the digital millennium copyright act, he can stream any music he wants as long as he pays royalties the same as an online radio station. Another downfall is you can’t see full contents in somebody’s mix/playlist so you don’t know what you’re getting until it’s played. As well, you can’t cue up your own songs, limits on same artist in a mix.

Along with 8tracks, there a literally hundreds of websites and apps (Rdio, Songza, Pandora, Last.fm being major players) that host stream-able music, curated in various ways. We have user-based curation like Songza, algorithmic-based such as Last.fm and Pandora which displays the listener with relatable music content based on a track’s metadata. There is also individual-based curation with sites like 8tracks where the “curator” selects all the tracks themselves to share with others – an “Expression of Identity”. The ones I just mentioned are more so directed towards helping the listener discover new music that they may have never heard of. Then there’s formal-based curation which would be your standard radio. Where RX Music stands out is we combine a mixture of all the previously mentioned, applying our expertise as individuals, while formerly catering to certain demographics and at the same time, using algorithmic based tools to select from an extensive database.

Some other notable panels:
THE HOLLADAY BROTHER: Lost In Sound