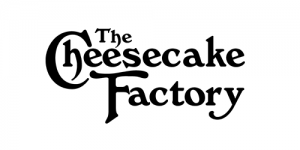 Q: In general, could you describe how you got involved with what you are doing now?

I’ve had a long road actually. I’ve always been interested in music and actually started working for a small indie label out of Chicago called Sophic Records. I really liked interacting with the artists and took a shine to the marketing aspect of it.  It was a great experience but I was looking for something more solid so decided to leave Chicago and come here to LA. This was about 2008 and I knew some friends at a company called BKE Entertainment and they were looking for an intern.  I learned a lot during my time there and after a while followed my boss to Glassnote Records.  At the time they were based in New York and this was Glassnote’s foray into LA so we were doing everything from setting up interviews to organizing shows to radio, licensing, A&R – it wasn’t specific but I learned a lot from the variety. From there I went to Songs For Film and TV where I was a music supervisor and A&R signing bands that were a fit for a film and TV, which eventually lead me here to Prescriptive where I get to work with some great brands.

Q: And let’s talk about one of those brands – you do The Cheesecake Factory.

Q: Can you tell me, in general, a little about the work you do for them?

Q: Cool – so, can you tell us a little of what we can expect when dining at The Cheesecake Factory?

Well, The Cheesecake Factory locations are positioned in a lot of high traffic tourist areas, and attract a lot of families. That being the case everything is family appropriate and I would describe their music schedule as Adult Alternative mixed with a little Indie-Pop edge for the younger crowd.  But even with the Indie content, it stays very melodic so it can be enjoyed by an older crowd as well.   The key with it is to create a comfortable, fun, uplifting atmosphere.

Q: So you select all the music that plays in all the Cheesecake Factory locations?

Yes, and I’ll work with David Overton, their CEO, to update the lists on a monthly basis. Each month I will send him a selection of music from which he’ll choose the songs that are best for the brand.  He entrusts a lot in me to set the vibe for The Cheesecake Factory but ultimately its a collaborative process to determine what is chosen.  He’s very invested in this process and his guidance is helpful for these monthly selections.  Really, David has a clear idea of what he wants for the restaurants, which is great, because its my job to translate that into music and find exactly what he’s looking for.

Q: The Cheesecake Factory is a very large brand, with many locations, can you describe how the music reaches all of them? How is the standard upheld across all these locations?

Q: Excellent, so could you explain how the lists change in tempo, mood or volume through different dayparts? Can you explain a little about how you determine this movement?

With Cheesecake Factory, it is really important for me to determine the food and beverage schedule to make sure the right type of music is playing during these times.  For example, lunch and dinner hours need to be a little quieter because people are engaged in the social aspect of the dining experience and don’t necessarily want to be bombarded by loud, thumping music. On the other hand, happy hour and late night are known for being a higher energy atmosphere and I have to program the music as such.

Q: Can you tell me a little bit about your process for building and updating these lists? What type of strategic planning is involved with them?

The Cheesecake Factory is a client that I am constantly listening for.  So whether I am listening to the radio while driving or watching TV if something grabs my attention I will know whether or not it is right for Cheesecake Factory. We are very picky with what goes into these lists. We want it to be perfect and we want it to match with all the other songs.  So usually I’ll start to 50-60 songs and then narrow it down to pitch them through as our songs of the month. David and I will go back and forth until a final decision is made and then I’ll add them in and pull out some of the older content.