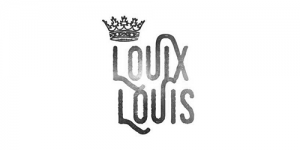 Transitioning from one brand to another through music.

The rebranding of the Adelaide Hotel to St. Regis has been vigilantly handled by the RX Music team. Following discussions with hotel managers and additional third-party companies brought in for other design aspects, the new hotel officially launched in the latter half of 2018 and is the first ever St. Regis branded hotel in Canada.

With the new hotel came the outset of Louix Louis, a stylish Grand Bar constructed on the 31st floor. The restaurant can be described as modern, classic, casual and indulgent. With this transition, it was essential that the ambiance mirrored these binaries with a cohesive sound that intermingled comfortably into the space. Guidelines were provided from branding company ICONINK, and RX Music designed a program that bridges the gaps, adding distinction and color to the exclusive atmosphere of Louix Louis.

“I played a bunch of random songs and didn’t hear one that didn’t fit perfectly…so thank you!” – Victoria S., Development and Marketing Manager (ICONINK).

We used a blend of recognizable classic and modern R&B/Soul tracks to provide a feeling of familiarity along with a cool contemporary vibe. By carefully selecting tracks based on style and instrumentation, the music blends together seamlessly, despite the era disparity. With the Toronto location, we are able to feature local artists making waves in the R&B scene. This aligns with the restaurant’s tributes to the city’s notable role in the history of whiskey distillation, which can be seen throughout their traditional cocktail program, their Patron’s Cabinet – private liquor collection, and the stunning ceiling mural by Madison Van Rijn that resembles a swirling spirit.

“Thank you for all the accommodation through this transition.” Arjun G. – Director of Food & Beverage

Ahead of the soft opening, the hotel faced some unanticipated technical setbacks attributable to construction. Our Support team was able to jump in and establish a suitable workaround to ensure that music would be playing in time. We’ve also stayed in close contact with the tech team at the hotel in the weeks following to ensure that the issue was permanently solved, and we’re happy to say that it was.