Dinosaur Jr, DijahSB and songs that make you want to dance or dive in - it's the RXCOMMENDS for the week! April 27, 2021 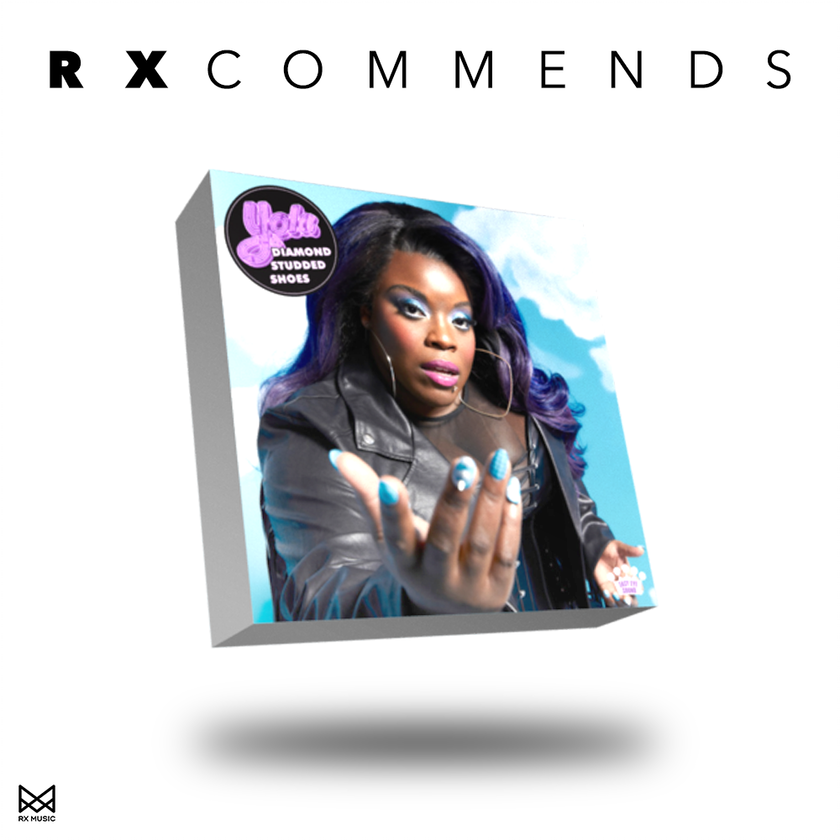 “Worth It” – Amber Mark
By: Lindsay Bell

This track boasts Amber’s signature sultry sound with a smooth build of piano riffs and mellow beats, busting into a downtempo blend worthy of your chill summer playlist. True story: I traveled to Germany just to see her and Leon Bridges on tour and – such as this track title… it was WOOOORRRTHHHH ITTTTTT!!!!

“Head Above the Waters” – DijahSB
By: Lindsay Bell

LETS GO TORONTO TALENT! If you don’t know this stunner, KNOOOOOWWWW!!!!!! Their album titled 2020 the Album has been on non-stop repeat and much to my roommate’s satisfaction, this will be the new flex!! “Head Above Waters” features awesome lyrics that tell a story, which is commonplace for the rest of this album too. DijahSB knows how to produce a socially conscious single that will have you dancing and questioning all at the same time. More music like this please!!!!!!

GUITARS! Dinosaur Jr has a rich history that includes Nirvana opening for them. The power trio (that is really powered by J Mascis – Vox & Guitar) have been excelling at Slacker Rock since ‘84, if you’ll excuse the irony. Their latest release, Sweep It Into Space brings the 90’s into 2021, perfectly aligning with Gen Xers flooding social media with their Vaxxies. The lead track “I Ain’t” anthemically repeats “I ain’t good alone”, and who can’t relate to that in 2021? I cannot wait to get my plaid over top of my faded Sonic Youth t-shirt, hit a sweet pub disguised as a dive bar and bend elbows with folks of a similar vintage, and if “I Ain’t” is playing in the background, that’d be allllright.

Whether it was intentional or not, Aaron Powell (Fog Lake) has crafted a collection of songs that would be more than perfect as a soundtrack for a late-night January train ride. Their new album Tragedy Reel is a somber and meditative listen that invites you to sit with its narrative in silence or in conversation.

Poolside and L’Imperatrice are keeping it funky with “I Feel High.” It has a smooth groove reminiscent of the ‘80s. This hot tune will have you ready to chill out at the beach, hang out by the pool with your favorite drink, or maybe even dive in!

“Look At The Sky” – Porter Robinson
By: Michael Primiani

With his second studio album Nurture, Porter Robinson weaves an electronic tapestry all his own combining ambient, glitch, synth pop and his unique spin on electro pop throughout. The single “Look To The Sky” is a big and bold summer anthem, shimmering with themes of positivity and wonder about the world around you. Inspired by a trip to Japan, this track drips with the feeling of being on vacation – making it perfect for your hotel pool, patio or terrace – anywhere with a great view of a big blue.

After charming listeners with her excellent sun soaked debut album back in 2019, British singer Yola has returned with a refreshed upbeat sound. New single “Diamond Studded Shoes” has the golden voiced talent keeping things in the present with lyrics like “Burning our reserves of courage / And working just to make it alright / When we know it isn’t” while also incorporating a timeless sound. That’s likely in part to Black Keys member Dan Auerbach who’s back in the producer’s chair (as he was on her debut) though it’s exciting to hear this more lively side of Yola, and this makes the anticipation of her new album (which drops in late July) only greater. Expect to hear this song find its way into daytime rotation over the summer, and count on more gems to come from the singer who seems to be delivering on the promise of her first album.