Lana is wearing her white dress, Justin has his peaches out in Georgia and we're here recommending the best tracks of the week March 23, 2021 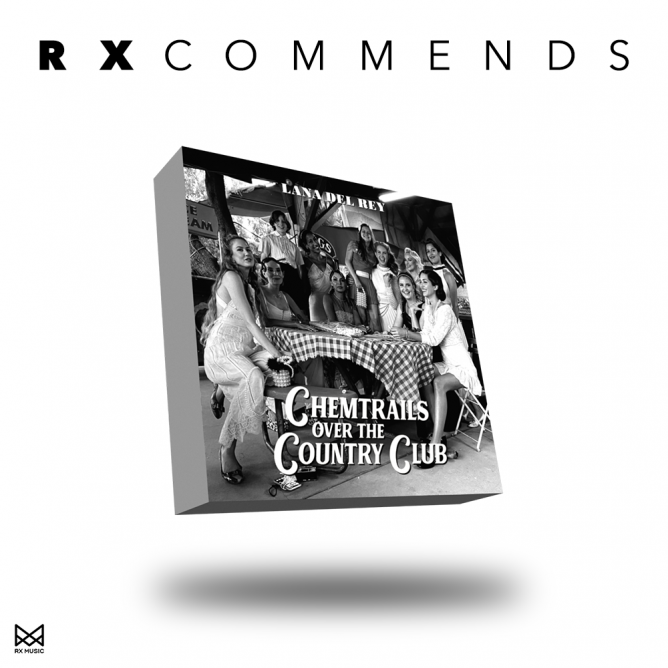 “Relic in the New Age” – Whitehorse
By BEN BIRCHARD

A great Can-Con track off Whitehorse’s new album Modern Love, “Relic In The New Age” is a standout that feels like Fleetwood Mac featuring Santo and Johnny. Perfect for early risers in a hotel heading to the lobby in search of caffeine.

“Peaches” is the dose of sunshine we have been waiting for all winter! It’s got smooth and sultry tones mixed with the sensibilities of daydream pop to render this a certifiable bop!

Never has Lana Del Rey sounded as convincingly affected as she does on Chemtrails opener “White Dress”. The track sees Lana as waitress-turned-star looking back on her dues paid. With rushed phrasing packed tight and delivered in a register pushing her voice to its limits, all indicative of her increasingly apparent Joni Mitchell fandom, ‘White Dress’ drips with long-forgotten innocence, desperation, feminist hustle, and ultimately, regret. It represents a shift in Del Rey’s approach, propelling her further into the pantheon of American songwriting. Suited for early mornings by the pool and late shifts at the café.

if u want to ! – dad sports
By MICHAEL PRIMIANI

Ottawa bedroom pop-rock trio dad sports have put out their EP titled I AM JUST A BOY LEAVE ME ALONE !!! and we need to apologize because we cannot leave it alone !!! The second track is that chill but upbeat indie rock sound that pairs well with the unseasonably nice weather we are currently having in Toronto. The intoxicating keyboard riff in the background reminds me of that keyboard riff in the score of The Goonies and makes me wish I could hop on some bikes with my friends in search of a buried pirate’s bounty. However, this EP is all the treasure I need! Perfect for sunset on a patio with a craft brew named after a funky animal. Orangutangy Dry Hopped Sour anyone? Look out for their full length album on Grand Jury Music.

This summery blast of a soul R&B song is the first glimpse into the new Hiatus Kaiyote album Mood Valiant to come later on in June. The instrumentation on this track is stellar, with strings and horns arranged by the composer Arthur Verocai. Vocalist Naomi “Nai Palm” Saalfield glides across this bright soundscape effortlessly. A perfect sun soaked jam for that poolside day on vacation – preferably with the plate of fries you ordered on its way in the distance.