We find hope with DJ Seinfeld, flow with DijahSB and make believe we have a DJ at our pool party with deadmau5 - it's RXCOMMENDS! July 27, 2021

Welcome to RXCOMMENDS, where our team of music curators pick the best tracks released this week. What new music has been occupying our office playlist and what fresh picks are we programming for our clients? Find out below! Spoiler alert: No tracks today are featured from Kanye West’s DONDA album, that we all waited for on Friday. 🙁 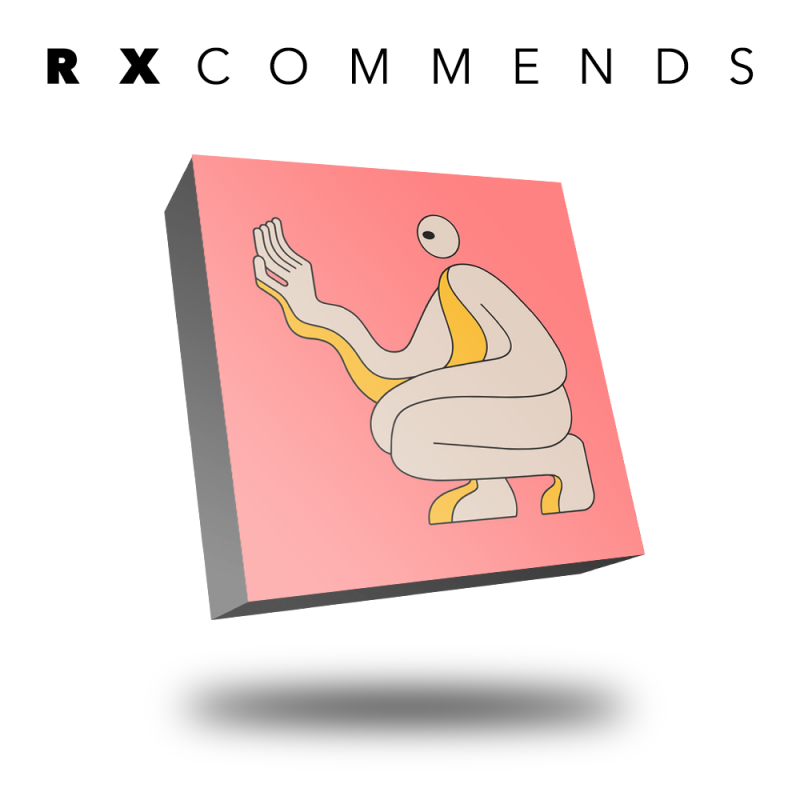 Donald Glover reimagines and brings his badass production to Brittany Howard’s “Stay High.” Mr. Gambino adds synths and electro elements in a Frank Ocean style, while still staying true to the original track. “Stay High” was my favorite track of 2019, and this cover was such a gem to discover this past week. I’ve had it on constant rotation since.

The new and equally as cool (but different in a good way) “Stay High” is part of Jaime Reimagined, a full album of covers from Howard’s 2019 masterpiece Jaime, out on July 23rd.. Other reimagined tracks from the project include songs remixed by Bon Iver, Michael Kiwanuka, Common, and other cool people.

“When the Summer Dies (Feat. Lights)” – deadmau5
By: Michael Primiani

This EDM summer rager from two Canadian homegrown legends deadmau5 and Lights arrives just in time for our recent 30 degree heat wave days. Lights’ vocals are the perfect boom clap bubblegum pop edition to this track. This oozing EDM hype up track is perfect for the pool – whether it’s the rooftop one at the trendy hotel you only get to go to because you know a guy who knows a guy or the one in your uncle’s backyard that’s a cannonball away from capsizing. Perfect for fooling people into believing there’s a DJ at the hotel pool, just get the towel guy to go turn the knobs on the speaker every once in a while!

I love when an artist is so consistent that you know you’ll dig the tune before pressing play. DijahSB is that artist for me with their signature silky sound boasting their boisterous bars. Something tells me that if you handed DijahSB the mic, they would just flow for days. “New Balance” is perfect for beach days, patio hangs and all your summer activities. It’ll have you bopping down the street with newfound confidence. My only question is…when is the live show DijahSB?

“These Things Will Come To Be” – DJ Seinfeld
By: Michael Primiani

Swedish producer DJ Seinfeld serves up a sophisticated electro deep house track that’s both spacey and ambient. It has a longing/euphoric quality to it – a striving, ever slightly increasing beat that relays a feeling of upward progression. Speaking to this quality, DJ Seinfeld has stated: “I still feel inspired by the optimism that [comes] out of difficult times. “These Things Will Come To Be” refers to that optimism, and I hope it’s something that you’ll all enjoy.” This is the perfect music for feeling good and making you feel good when you don’t. The vocal sample midway through of a crossed lover reaching out for solace and another chance mixed with an explosion of ambient bass and keys seems to suggest that there’s always a chance if you decide to take it. This new DJ Seinfeld track is making me thirsty – for his upcoming album Mirrors out September 3rd.

“Tears Of A Crown” – Joel Culpepper
By: Ben Birchard

Lukewarm take: If you’re channeling Curtis Mayfield vocals, Marvin Gaye production (circa What’s Going On), it’s going to turn out pretty well. Throw in a lyrical riff on a track written by Hank Cosby, Smokey Robinson and Stevie Wonder, and the only question that really needs answering is: Can you pull it off and make it your own?

Joel Culpepper has managed to do just that, on his first full length album Sgt Culpepper. And yes – why not invite Beatles comparisons while you’re at it?

The whole album is great, and I do RXCOMMEND listening to it as an album. But we’re all about tracks here, so I’m going with the album opener “Tears of a Crown”. It opens with some hot wah-wah and a funky bass line and builds from there. The congas, glockenspiel and strings give it that early 70’s Motown vibe. The drums kick in after the first chorus, scratching an itch you weren’t even aware of and when the tambourine finally makes an appearance at the second chorus, its full-on head nodding and stank-face.

“Tears of a Crown” is going to sound great with Dinner R&B programming and is a solid foil for the classics its fashioned after. Take a listen below: