From UMI to "Modern Guy" and even some Juliana Eye - here are the best tracks of the week March 30, 2021 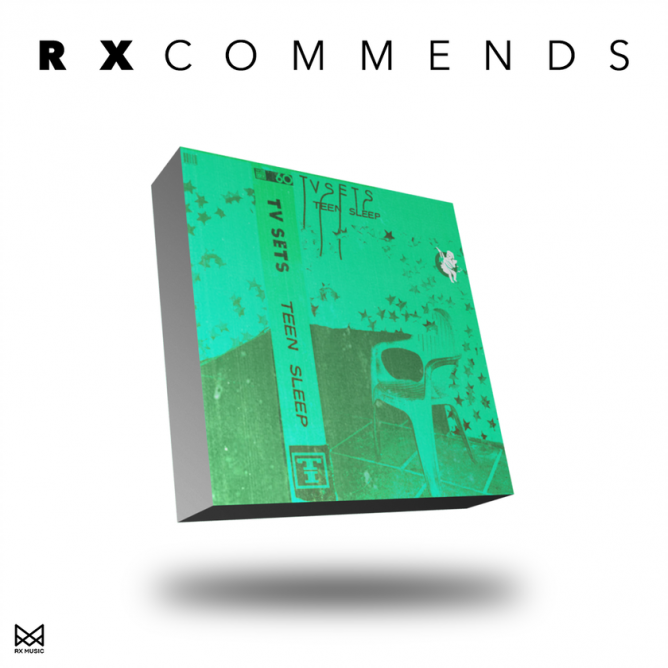 It was raining steadily when I walked my dog around the block last Friday morning. Facing another quiet weekend in lockdown and missing home, my parents, and friends, I queued up Ariane Moffatt’s new album Incarnat to remind myself of Montreal. It’s rare that I allow myself this kind of whimsy and sentimentality, but one track, “Décalage”, caught my attention, its elegiac piano chords and textures soundtracking my pity party nicely. Rainsoaked and dismayed by the sounds of car horns, panhandlers, and jackhammers surrounding me, Moffatt seemed to address me directly:

I had arrived back at my apartment in a trance. Hanging my saturated coat and hat I may not have felt less homesick, but I knew that somewhere, the feeling was shared.

Pretty tune from Ben Howard. I’m a fan of his early stuff which this track resembles.

After four long years, Death From Above 1979 have stormed back with a new album, and immediately their strengths are on full display. Album-opener “Modern Guy” lets us know that the duo are very much alive and still rock better than most, announcing right away, “Progress / not a promise”. While the new album is titled Is 4 Lovers, it’s clear that it’s also for those who miss their special unbeatable and unique brand of rock.

“The Moon is Blue” – Future Islands
By: MICHAEL PRIMIANI

Future Islands cover of Colourbox’s “The Moon is Blue” puts a darker and moodier spin on this England new wave electronic group hit. Coincidentally, Future Islands is on Colourbox’s former record label – 4AD. This cover reminds me of another 4AD alumni that were on the label in tandem with Colourbox – the darker, gothic This Mortal Coil. The driving keys and strokes of deep bass are very rooted in an eerie yet tantalizing darkness. A perfect track for that 2AM drink in the hotel bar or last call at your tavern. You sit there alone nursing the ice cubes at the bottom of the glass staring at the few other people there doing the same. You lock eyes with the girl or guy you’ve been dodging glances with most of the night. Take that chance, they only happen once in a blue moon.

BIG ENERGY!!! Love Mick Jenkins so I’ll click anything his name is on and of course this track delivers!! Perfect summer track, happy hour patio, alternative beach club, got some funky grooves!!!!

Diggin’ this soft, moody track from Greta Svabo Bech…perfect for a gloomy day like today (Editor: Friday was indeed a rainy day in Toronto)

This track has those familiar “Blinding Lights” by The Weeknd vibes: 80s rhythm, but with more modern synth tones which are airy and velvety. Great for something unique in a regular pop playlist.

Debut solo single from Toronto-based artist Juliana Eye, “U Suck” delivers heavy hooks and punches. Juliana Eye has spent the past few years cutting her teeth songwriting and backing an array of artists including WizTheMc, LOLO and CARYS. In her first foray stepping into the spotlight, Juliana blurs genre lines by bringing us an anthemic pop single with a driving rock backbeat, appropriately evidenced by her production team and supporting musicians. This team is comprised of members of Hidden Pony Records group Kadeema (production and guitar by Tal Vaisman, bass guitar by Michael McDonnell) and percussion by Mike Sleath, drummer of Shawn Mendes.

The track’s snarling indictment of fair-weather friends is a message of easy relatability as we all anxiously await the end of our prolonged lockdown isolation.

Stay tuned for what Juliana Eye brings us next!

“It’s Got To Be You” – Los Retros
By: JAMIE GEMUEND

Los Retros from the Stones Throw record label has a new single out from his upcoming project. It has a nice, laid back, vintage R&B feel. I think I like it?

This new track from Toronto’s dreamy jangle pop TV Sets is like an old bunny eared TV set with its antennas pointed to both past and present. This track has that modern indie bedroom pop rock sound in the same vein as Alvvays and Soccer Mommy but also echoes of the past – such as dream pop and an unmistakable hint of “Let’s Stay Together” by Al Green. Although this song is called “Teen Sleep”, it has a great energy to which should complement your morning beverage of choice. Easy enough for a cup of black coffee, complex enough that the beans come from a place you can’t pronounce.

I don’t often love the same material being mined twice, especially in such a short time, but this is a well-deserved exception. Upon its initial release, Introspection’s production largely featured Modern R&B sensibilities, but this Reimagined version gives UMI’s songwriting a bit of an Esperanza Spaliding treatment. In particular, ‘Open Up’ is a great NeoSoul groove that can perfectly bookend your day – it’ll get you going in the morning, or wind you down nicely at the end of the day. For best results, pair with Espresso or Bourbon. It’s a win-win.