Patio rockers, yacht rockers and Rodrigo returning with a new single to rock the world - it's what we're recommending this week April 13, 2021 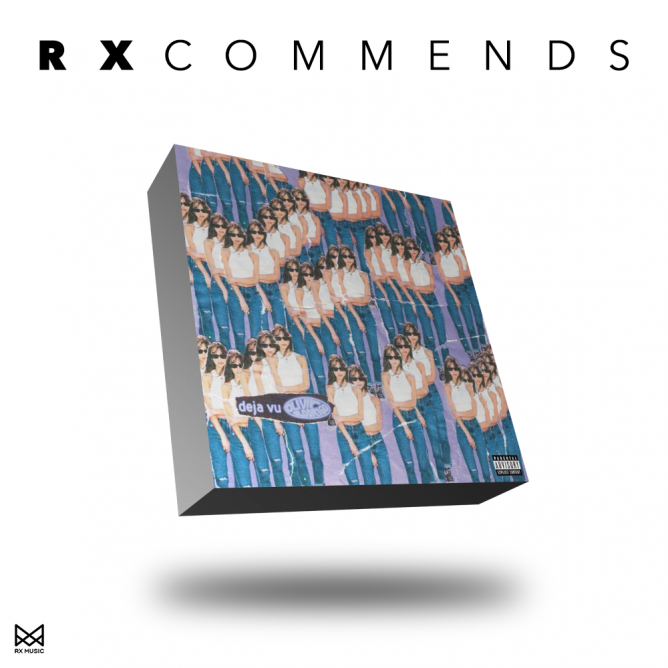 Dutch pop artist Benny Sings just released his new album titled Music with a variety of eclectic guest stars including Tom Misch and Mac DeMarco. This track, which featuring R&B trendsetter Cautious Clay, plays like your local easy rock radio station that frequently plays Christopher Cross or Michael McDonald crossed its frequencies with a station playing neo-soul. There’s an unmistakable Yacht Rock/West Coast jazz groove on this song (especially with the midway sax solo), but also neo-soul influenced bass and harmonies that wouldn’t be out of place on a Frank Ocean track. Perfect for your west coast breezy outdoor patio, or to let some sunshine and sea air into your bistro in the middle of the city – without fear of seagulls swooping in for your guests sweet potato fries.

I discovered this group on Iggy Pop’s delicious BBC Radio 6 show Iggy Confidential. I adore all parts of this track – the winding, hypnotic guitar, muted saxophone, and paranoid violin. The lyrics are stream-of-consciousness and spoken word, and the humble chorus is totally cathartic and charming, the deep and affected lead vocal lifted by this simple feminine harmony. The album’s themes scream coming-of-age, but this band is cerebral and mature. “Track X” is possibly my favourite track of 2021 thus far.
Perfect for: Secretly writing poetry in your childhood bedroom.

Another Detroit hip-hop artist claiming their name in the music scene. Bruiser Wolf’s flow, lyricism, unique delivery and energy will have you hooked immediately. Standout track “Dope Game $tupid” is a winner from beginning to end.

Another discovery from Iggy Confidential, and also very spoken word in a detached South London accent, very much in the vein of The Fall. The track is so fluid, just carrying lead vocalist Florence Shaw’s torrent of non sequiturs along on an angry wave with stabs of choppy electric guitar. To watch Dry Cleaning perform is equally strange and enchanting. Watch Shaw’s expression as she delivers lines like “filter, I love these mighty oaks, don’t you? / Do everything and feel nothing / Wristband, theme park, scratch card, lanyard”; she’s stoic, eyes turned upward with an air of shyness. It’s totally refreshing to hear and see this kind of reluctance to attention set against such confident playing.
Perfect for: Faintly-lit bars with sticky floors.

Your favourite contemporary crooner darling, doing what he does best– Waterhouse & Co serving up liquid nostalgia through his unique brand of rhythm and blues. In a time where it feels painfully necessary, ‘Vincentine’ is the spirited 60’s inspired track off ‘Promenade Blue,’ reminding us the power of a solid get up and dance song. Or rather, a playful reminder that the age of seeing live music and shouting lyrics into the rafters and sticky dive floors will return to us soon. This record is like the sultry, middle-of-the-desert rock bar you’ve been trying to find ever since you watched High Fidelity, but for now, it’ll just have to be from your living room.

While our Canadian music programming team was off on Good Friday, that Friday was made even better with the release of the new single from Olivia Rodrigo. Known for her massive cultural hit back in January “drivers license”  – which surprised mostly everyone not on Tik Tok by reaching and staying at number one on the Billboard charts – Rodrigo has now followed it up with another lo-fi indie single reflecting on love lost and perspective gained. Relatable as it is catchy, this song gives us all déjà vu of seeing a former partner with a new flame frequenting the same places or doing the same things as you did together. Referencing Billy Joel as a bit of an underground artist have us feeling old (what? There’s no Tik Tok dance for “Scenes From An Italian Restaurant”??) but the general sentiment is ageless. Rodrigo fills the pop indie void created by the absence of Lorde and Billie Eilish releases as of late but due to her powerful vocals and impeccably catchy and complex songs – she is quickly becoming a staple herself. This track is dynamic, with washed out soft keys starting it off while big percussion and buzzy guitars carry it to its end. This makes it perfect to program for a coffee shop but it also wouldn’t be out of place being played in a busy restaurant at dinner.

PONY deliver power pop filled with big-time hooks and gloriously fuzzy guitars. Channeling the Breeders and Veruca Salt, the Toronto based quartet wear their angst like a crown on their first full length album TV Baby, released on Take This to the Heart Records. Furniture is a Rivers Cuomo-esque tight 2:30 that gets in and out, with just the right amount of dreamy synth and echo on the snare. Even the double chorus at the end feels just right; this sunny bit of grunge should be rocking patios just as soon as patios can be rocked again.

The San Diego three-piece known as Wavves make a welcome return with their latest single, “Sinking Feeling”. It’s a song that manages to blur the line of genres – a bit of Country-twang mixed in with some chill indie Alt-Rock. They’ve grown up a bit since we last heard from them, so this time around things are a bit more relaxed, though this one isn’t putting anyone to sleep. Perfect for sipping on your favourite summer drink while steering clear of the dance floor.