Mastodon returns, deadmau5 teams up with Foster the People and we ponder what music is the "coolest" to our clients - it's here on RXCOMMENDS November 2, 2021 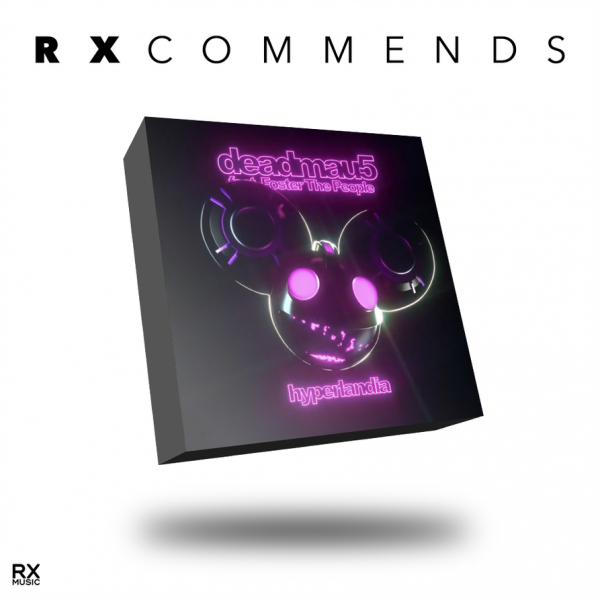 Deadmau5 has teamed up with Mark Foster of Foster the People to make an M83 style electro pop single with a driving rhythm with digital synths perfect for the soundtrack to playing some video games at an arcade bar or for a strategic Jenga pull. Watch out! That tower may knock over your Session Ale! If your favorite bar or burger place ever gets the Facebook/Meta CGI treatment and you end up pulling up with a neon mohawk and dragon wings, welcome to Hyperlandia. This is your futuristic soundtrack!

Filled with bright synths and chucky Nile Rodgers guitar licks, this is an ode to the disco era from two of the genre’s biggest contemporaries. I’ve often thought that Jessie Ware is sort of our generation’s Kylie Minogue. Carrying the disco pop torch for the Tik Tok, anachronistic music lovers, Jessie joins the neon 80s disco renaissance we are in along side Dua Lipa and The Weeknd with his output last year. We can’t get enough and this genre has been consistently voted Coolest Music by our clients (we didn’t actually poll them) but the vibes are immaculate.

Atlanta rockers, Mastodon, have returned with a new double-album, titled Hushed and Grim, and while it isn’t exactly filled with the headbanging heavy metal older fans might expect, it still absolutely rocks. Early in their career, the four-piece was considered (or maybe were more confined to) being strictly heavy metal, though over their 20+ years together, things have understandably changed. Through their now eight studio albums, the band has greatly expanded their palette, introducing different sonic elements and even genres, into their Music (i.e. Prog, Psychedelia, Punk, even Country!) all resulting in their now, much-evolved current sound. This latest album definitely confirms things are now more hard rock than metal, and their single, “Teardrinker” carves the magical fine line between it all – managing to create what’s perhaps the most radio-friendly track of their entire career.

Is anyone clamoring to know what would happen if LEN had a comeback album produced by Иew Radicals’ Gregg Alexander? No, but we may just have the answer anyway. In a burst of upbeat pop, Pixey has released her first EP – Sunshine State.

On the surface it’s just plain fun (did no one tell her this is 2021?) but underneath the big melodies and hand claps lies a solid bed of guitar work.  The title track is a throwback to taking things less seriously, while still delivering the goods musically.

Winter may be coming, but the if you’re still inclined to brave the patio one more time, fire this tune up, pour a pint and pretend the weather is as sunny as this EP.

“Change” – The War on Drugs
By: Ben Birchard

Sometimes I like to use 39 words where 4 would have done the trick. I’ve already bloviated about this band and their latest record in this very space (see what I mean?) so let me just cut to the chase. The War on Drugs are one of best rock bands of their time, I Don’t Live Here Anymore is a beautiful experience, front to back, and “Change” is them at their best. If you want your guests to know that the experience in your business is a curated one, then this kind of tune is for you. (Is this the coolest music for clients? Did Ben send out the poll? – Editor).