Suzie Ungerleider sings about the wonder of being a child, new War on Drugs and a Washed Out remix - it's what's on RXCOMMENDS July 20, 2021 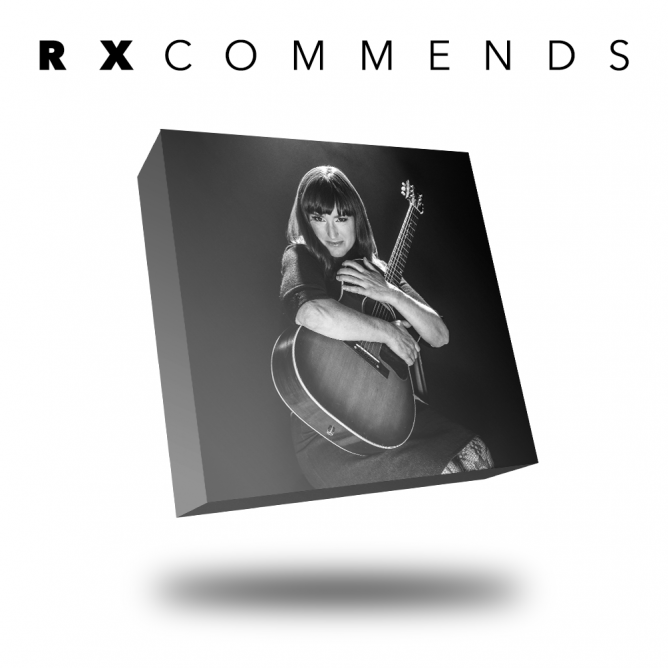 SG Lewis brings us this summer sizzler of a remix of the 1977 Bee Gees classic “More Than a Woman”. It’s nu-disco meets old-disco! SG Lewis’ trademark bass and bongo driven percussion are present throughout the song with the vocal chops of the Brothers Gibb from the Saturday Night Fever soundtrack song weaving in and out. The track begins with a chill tropical house/beach lounge kind of vibe but later on explodes into an Avalanches style plunderphonic disco extravaganza as the chorus is mixed with Barry Gibbs’ high pitched vocalizations. Perfect for watching the sun set at the hotel pool or on the beach but not being able to get a non-blurry photo because you are dancing too much.

“For Sure (Washed Out Remix)” – Future Islands
By: Michael Primiani

This chillwave, downtempo remix of this 2020 Future Islands track off their sixth studio album As Long as You Are is perfect for the witching hour. It’s dreamy, dissonant keyboard keys mixed with Sam Herring’s pitched down and slowed voice makes it a late night delight all its own. Perfect for the overnight program in a hotel lobby, playing to a crowd of late night partygoers coming back to their room, distanced lovers about to say goodbye on FaceTime or providing audio electrolytes to guests coming down the elevator in their slippers in need of refreshments.

This sweet little folky tune by Suzie Ungerleider is an inspiring and hopeful addition to a morning music program or a coffeehouse playlist. Co-written by the bassist of Blue Rodeo, Bazil Donovan, this song is thematically about a trying to keep up with an imaginative, energetic child as a caring parent. Donovan and Ungerleider wrote it specifically about Donovan’s five year old daughter, Dalia. According to Ungerleider, “I wrote these lyrics remembering how it is to be a parent to a young child who flies around with so much energy. You are constantly trying to catch up to them, keeping your head in the clouds all day, lost in their magical imaginary world through which they seem to fly 10,000 feet off the ground.” When applied to adults, the song could be about getting to that state of positive energy and creativity where you feel like you’re flying around in your own little world. It’s an uplifting tune to inspire some creativity from your seat in a coffee shop or your stroll through nature in the morning – nodding at the sparrows as you walk along.

“Living Proof” – The War on Drugs
By: Ben Birchard

The War on Drugs were peripheral on my radar for new bands when 2017’s A Deeper Understanding hit. It immediately became a staple of my listening rotation and received my modern-day highest rating: the vinyl purchase. When the discovery of new music excites me the way it did when I was a teen, I want to own it, hold it, read liner notes (without clicking and scrolling!). The tactile version means so much more to me. I’ve been waiting since then for more new music from TWOD; 2020’s Live Drugs was a nice little tide-me-over, but the real wait is coming to an end.

A new album has been announced – I Don’t Live Here Anymore will be available for streaming and tactile purchase come October 29th, and with the announcement came the first single “Living Proof”. It’s a somber return, as if easing back into things. It works for me right now as the soundtrack of emergence. Seeing family and old friends for the first time since you-know-when. Wiping the cobwebs from the socializing part of my brain. Shifting from getting through it, to living again. It’s wonderful and perhaps a little intimidating. On “Living Proof”, frontman Adam Granduciel sings in his Dylan-at-his-best-esque tone “I can’t recall/What I believe in/I’m always changing/Love overflowing/But I’m rising/And I’m damaged “. That’s about right.

TWOD continue to ascend to artistic heights and acclaim, breathing rarified air for those who operate under the banner of Rock & Roll Band. Check out “Living Proof” below:

“Secrecy Is Incredibly Important to The Both of Them” – Yves Tumor
By: Matt Lipson

I’m really enjoying Yves Tumor’s new EP, The Asymptotical World. Like his brilliant 2020 album, Heaven To A Tortured Mind, this EP evades most any genre you’d try to pin on it. I could pick any track here as a standout, but “Secrecy Is Incredibly Important To The Both of Them” is so stylistically jam-packed and its title so noir that it takes the cake. Tumor rattles off these esoteric lines in quick jabs over what could be best described as a New Order track produced by Grimes. It’s spacious but incredibly tight, paranoic and static and yet explosive. Quite frankly, it’s trippy.

I had to look up the definition of ‘asymptotical’ to try and wrap my head around this EP. “Approaching a given value or condition, as a variable or an expression containing a variable approaches a limit, usually infinity.” I only partly get it now. It can feel like we’re hurtling toward the end of something sometimes, rambling in tongues while we speed lightyears ahead without a plan. I do anyway, and on that journey to see what’s at the end of infinity, I’ll be listening to Yves Tumor.