We approach the finish line with Elton John and Stevie Wonder, figure out the Mount Rushmore of singer songwriters and hear sounds of the fall - all here on RXCOMMENDS October 5, 2021 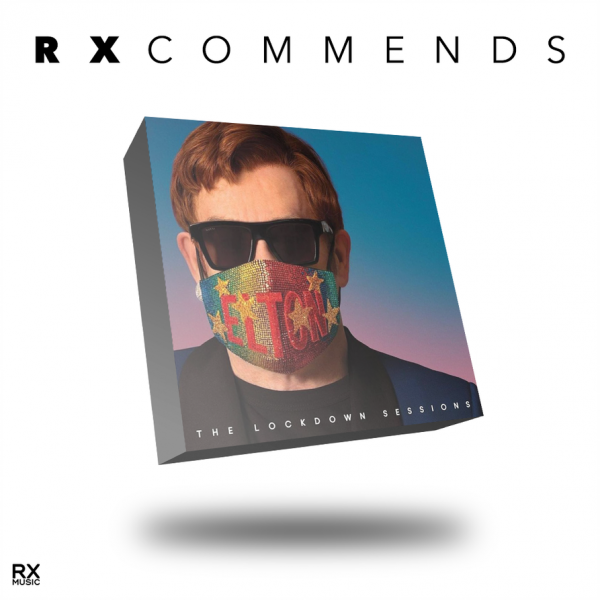 “You and Me On The Rock (Feat. Lucius)” – Brandi Carlile
By: Ben Birchard

When it comes to modern day singer songwriters, there are so many gooders out there to listen to, but for me, Brandi Carlile is the standard. She charts and scoops up nominations like they are producer credits. She fits in with the kids but is slowly carving out a position on Rushmore with Joni Mitchell, Neil Young and John Prine (this is my arbitrary Rushmore solely for the purposes of this post and unlike the actual Rushmore is subject to change at any moment so take your arguments elsewhere, please).

Her most recent album In These Silent Days is something of a musical companion to her New York Times bestselling memoir Broken Horses. It’s pretty much killer from front to back and immediately prompted the vinyl order after just one stream in my house. The standout to me at first pass is “You And Me on the Rock (Feat Lucius)”. It was Lucius that caught my eye at first, as they recently appeared on a single from The War on Drugs which I also loved. I went down a Lucius rabbit hole, which was a delight, and discovered that Carlile recently produced an album for them, and do they ever sound fantastic singing together. There is nothing so rich as singers who were meant to sing together in harmony doing so. So this track has that going for it. Carlile is channeling Joni pretty hard here, the rhythm guitar and drums groove together so sweetly, providing the bedrock for the track that is about the bedrock Carlile’s life is built on.

Laid back enough to be chill, but with enough energy to keep a bar moving, this track slides nicely into brunch/lunch listening whether it’s over coffee or beers.

Off his upcoming 32nd (!!!!) album The Lockdown Sessions, Elton has reunited with Stevie Wonder for this track “Finish Line”. This rock soul ballad is a call back to Elton’s work in the 80s – especially with Stevie Wonder on “That’s What Friends are For” and “I Guess That’s Why They Call It The Blues”. On the latter of these tracks and on “Finish Line”, Stevie Wonder lays down a sweet harmonica solo while singing and playing piano with Elton John. This track has that vintage tinge, but also some very modern programmed drums that have us thinking of one of Elton’s latest megahits – “Cold Heart (PNAU Remix)” with Dua Lipa. Perfect for that client that wants new classic rock.

If Fall had a sound, it would be dreamy guitar tones and blissful harmonies that warm the soul. Luckily, Peach Pit has our falling leaves soundtrack on lock with tunes like “Up Granville” that perfectly accompany your fireside chai.

Loving this super peppy electro-pop remix of this recent Soccer Mommy single with the British group Kero Kero Bonito. Hot off their fourth album Civilisation (which you should absolutely check out), Kero Kero Bonito lend their funky electronica video game noise accented production to this track, and Sarah Bonito duets beautifully with Sophia Allison. Perfect for a brisk morning, or late night in an arcade bar. Can you upload this song to Dance Dance Revolution?

Recently found out the leader sing of CAAMP has a side project – similar vibes but much slower. It’s an indie folk slow dance for the senses, perfect for a bar with a younger clientele that has an area for longboard storage.

Broke my ear drums blasting this. (Get well soon! – Editor)