A Velvet Underground cover, a Radiohead B-side and a few pieces of spacey Americana folk – all here on RXCOMMENDS September 14, 2021 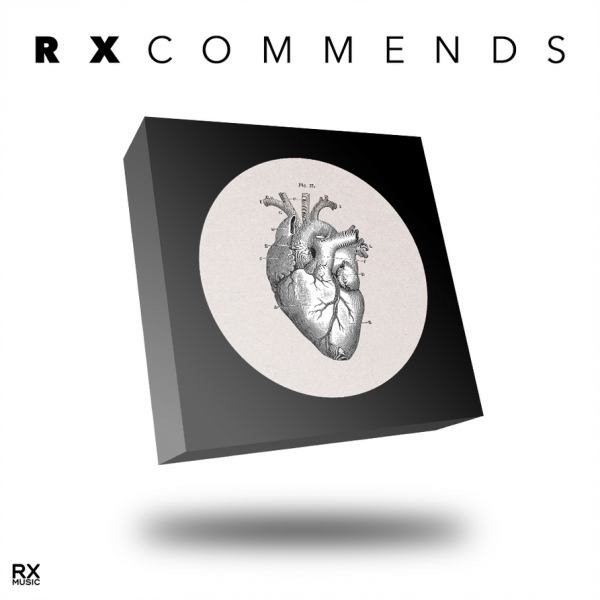 “Made You Mad” – Clever Hopes
By: Michael Primiani

This fun slice of Americana folk is like biting into that first piece of pie in the fall (which I admit, I have already done on a day warm enough for shorts). Clever Hopes (consisting of Andrew Shaver and Eva Foote) presents an uplifting duet inspired by a breakup Shaver experienced in Montreal, which led him to join Foote in Toronto with these hope for the hopeless lyrics swimming around in his head. They are joined by an all star band of Canadian musicians including alternative country star Justin Rutledge (who Master T interviewed for RX Music LIVE in March). Perfect for those heat lamped patios come the fall and anywhere where fresh baked goods are sold. Look for Clever Hopes’ debut album called Artefact in 2022.

I’m really digging Iggy Pop and Matt Sweeney’s cover of The Velvet Underground’s “European Son,” released last week for the forthcoming tribute album I’ll Be Your Mirror: A Tribute to the Velvet Underground & Nico. The track doesn’t stray far from the original’s completely violent orgy of squealing fuzzed-out guitars and throttling bassline, save for some added sound effects from Iggy throughout. It’s thrilling to hear Iggy, 74, against such a raucous backdrop again as opposed to his more recent baritone crooning. He coughs, snarls, and screams and I can only picture the microphone lodged inside his mouth, cord hanging like the tail of a limp rodent. Equal credit goes to Sweeney, who covers some really dangerous and challenging territory on guitar and bass. Aside from being a fun listen, it’s a testament to just how daring and extraordinary the Velvet Underground really were, a tribute in the truest sense.

“Keep the Light On” – James Baley
By: Lindsay Bell

James Baley’s new single “Keep The Light On” is a story about finding your way through the darkness. Every note, lyric and movement reaches far beyond the realm of what we are used to, yet there is a heart-warming and familiar tone to the art. Baley’s ability to evoke emotion through music is unparalleled to any new artist in the industry. Stay tuned for more James Baley excellence on September 24th with the release of their first album A Story.

After taking home top album honors from the Grammys back in 2019, Kacey Musgraves has returned, though she is now singing a slightly different tune. Where her award-winning Golden Hour album was filled with feelings of new found love, and big-eyed optimism – largely due to Musgraves having gotten married just prior – her new full-length, Star-Crossed, deals with the unfortunate aftermath: the divorce which followed that (previous) album’s whirlwind success. That doesn’t mean her new music doesn’t carry that calm signature sweetness we’ve heard throughout her career, it’s just that this time around, things sound a little more pointed. On her excellent soon-to-be-a-single, “Cherry Blossom”, Musgraves reminds us that “even in nature, timing is everything”. It’s a lesson that’s been touched on before, though now Musgraves is letting us know that it’s possible nature and timing could be working against things, via the chorus’ “I’m your cherry blossom, baby /I don’t wanna blow away.” The track uses that same magical space-y air previously heard on Golden Hour (her Instagram is @spaceykacey after all!) and is held by a smooth skinny synth-riff, and irresistible melody. Combined with Musgraves’ pristine vocals, it’s as if the last album’s joyful reawakening of “Butterflies” is now threatening to disappear. As long as Musgraves is able to be happy in her new life, and can continue making some of the very best modern Adult Contemporary out there, there is no way anyone will let her “blow away.”

“If You Say The Word” – Radiohead
By: Michael Primiani

Earlier this month, Radiohead announced an upcoming reissue of their fourth and fifth albums, Kid A and Amnesiac respectively – under the project Kid A Mnesia. This compilation album will also include various B sides from the ambient and electronica heavy sessions for these two albums that divided Radiohead fans and changed the face of alternative rock forever. As someone who cringes when hearing the overplayed “High and Dry” and “Just” on the radio, this kind of Radiohead is my favorite Radiohead and I was stoked to see one of these B sides get released last week. “If You Say The Word” is bleak yet atmospheric – with helicopter droning noises, distant bass, a drum beat that sounds like a mantra and Thom Yorke’s echo soaked vocals. It depicts isolation and alienation – a theme ever present on Kid A and even their third album (OK Computer) caused by consumerism and new technology. Although these themes are heavy, this track has a warm calmness to it. I’d have fun programming this in a space more distant and liminal than active with people. A hotel’s overnight program, the early AM hours of an airport, that resort bistro while its closed but you can still hang out at the tables and read a magazine. We’ll program this track for you, if you say the word…