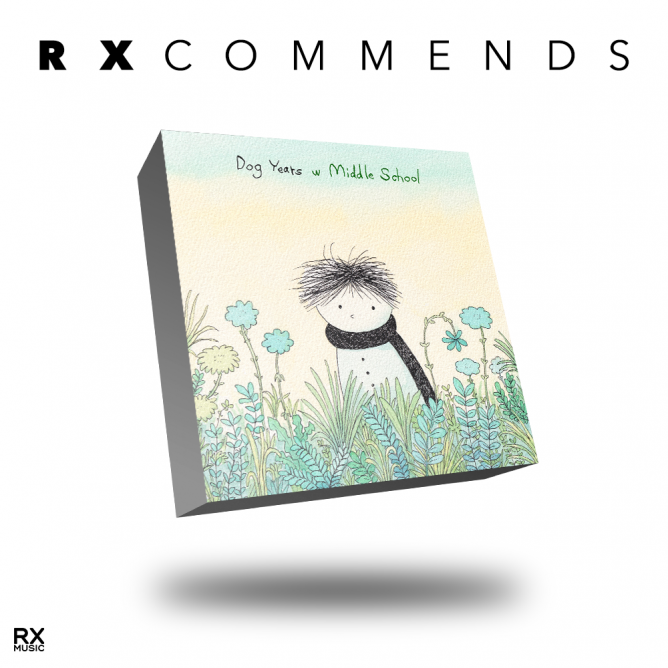 This blissful folk fused with R&B track from afternoon bike ride is your portable peaceful rainy day even when it’s a day perfect for the beach. Afternoon bike ride have collaborated with Middle School to create this stellar tune. The production and instrumentation reminds me of a lo-fi hip hop track – with light percussion, soft guitar picking and even a layer of static soaked rain sounds. The double tracked vocals come in and out of the fog to create a distinct mood. Perfect for a slice of the east coast in an espresso bar or soup and sandwich joint situated in the desert.

“Kissing in the Rain” – Soccer Mommy
By: Michael Primiani

It’s a bird, it’s a plane, it’s a new track from Soccer Mommy! Coming to us courtesy of the soundtrack to a new DC comics series entitled Dark Nights: Death Metal (which also includes Manchester Orchestra, IDLES and Denzel Curry) this love sick ballad is another entry to Soccer Mommy’s unique canon – which fuses elements of Pitchfork era indie rock and alt rock reminiscent of the 90s. This forlorn anthem which references begging a partner to stay recalls those ho-hum tracks you’d hear in the back of your parents car from the likes of Sixpence Non the Richer and Sheryl Crow. Not sure how this fits into the comic book (maybe Batman and Robin got into a fight?) but perhaps once the issues are collated into a graphic novel it will be a good pairing with this track and wider compilation album. I recall when I was a kid and my family would go to a resort or hotel, I’d hang around in the lobby on days when I was sick of the beach and read Mad Magazines, joke books and comic books. If you see a bearded man this summer sprawled across a couch next to a displeased concierge with headphones on and Dark Nights: Death Metal in his hands – that’s me on vacation. But don’t worry – even though I’m off the clock I’ll still give you an RXCOMMENDATION if you ask. Just don’t ask me to go anywhere near the sand.

Last Friday, The Killers dropped “Dustland”, reviving their 2008 track as a duet with Bruce Springsteen. It’s thrilling to hear Bruce collaborating – a rare occurrence in the first place – first with Bleachers on “Chinatown” and now The Killers, two of the foremost indie rock bands of their generations. Rather than reimagining the song, though, “Dustland” plays out more like a fan joining his favourite band onstage. Who exactly is the fan and who is the favourite band though, is up to interpretation. Springsteen is one of Brandon Flowers’ most immediate influences, his grandeur and portraits of small town dreamers weaved from the same cloth as anything on Darkness on the Edge of Town.  At the same time, Flowers revealed in an Instagram post that the original “Dustland Fairytale” is Bruce’s favourite Killers track. The mutual admiration is powerful – the two trade and share lines with the air of friends at karaoke launched into their wildest rock n’ roll fantasies. There’s no attempt at harmony here, but rather an immediacy and urgency that builds to bursting. The result is completely enthralling, the best of both worlds, a dazzling callback to what once made indie rock so exciting, and just the latest evidence that both The Killers and Springsteen refuse to cede their joint throne as two of the most reliable sources of generation-transcending anthems.

Weighing in with the “Law of Averages,” Vince Staples is a lyrical heavyweight who packs a punch with every bar on his new release.