We take a trip with Tyler, float with Hiatus Kaiyote and celebrate Pride with Jeffrey Straker - it's this week's RXCOMMENDS! June 30, 2021 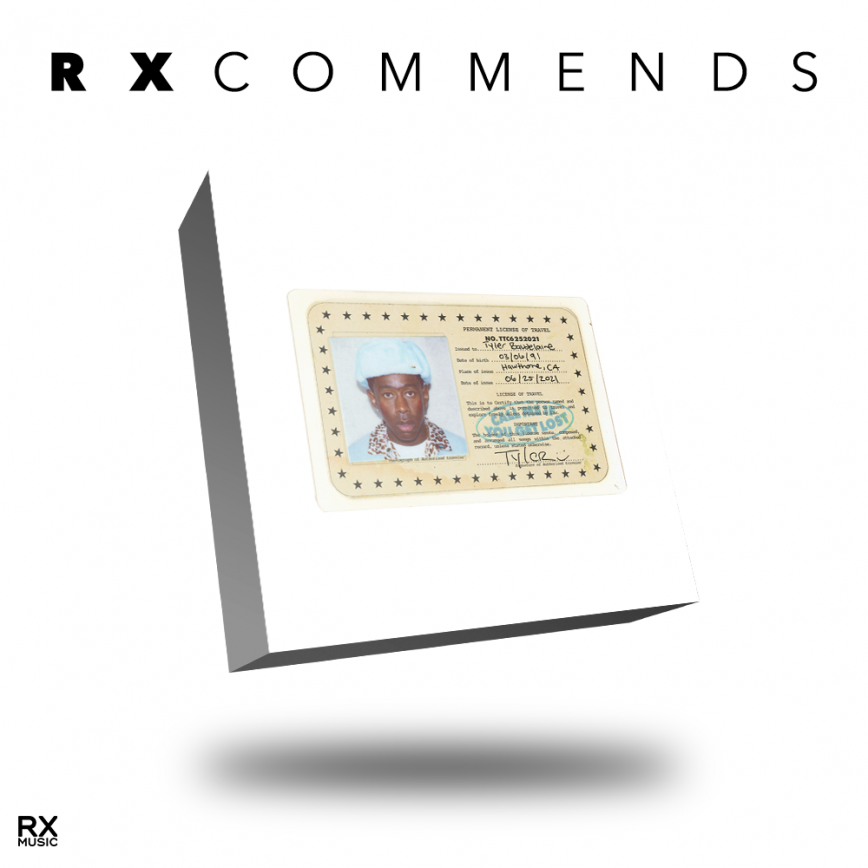 Something you need to know about me – well, let’s be real, approximately no one needs to have this information – but I love the sound of pedal steel guitar. You could probably layer some of that into Nickelback’s hits and I’d think “hey – not bad!” Thankfully, Fay Webster’s latest release I Know I’m Funny haha starts with the right ingredients of great writing and arrangements, and then adds that sweet pedal steel. It’s generously sprinkled throughout the album, most notably on “Kind Of”. Between those dreamy 70’s-ish sounds and Webster’s borderline whisper vocals, this gem seeps out of the speakers and wraps you in the sonic version of comfort food.  The a not-quite-bossa groove nicely hits the pause button in your mind. It’s a little outside the box for typical spa programming, but this would be great in a treatment room for the millennial Americana lover. Or apparently – a 40-something music curator.

This mesmerizing neo-psychedelic soul cut from the long awaited Hiatus Kaiyote album Mood Valiant encapsulates the mood of falling out of love and going through the motions of breaking up with a former lover. Deep synths, booming hip hop drums and a thick layer of bass establishes a feeling of a one sided break up where a person drowns in their own emotions. In brief breaths of air, the narrator wonders if they could have saved the relationship if he/she was “harder” and not as passive with their partner. But as the vocals get pitch shifted and washed out by the instrumental groove, they accept the fact that this relationship is doomed. These deep instrumentals spell the fate of the narrator as Nai Palm’s unique soulful voice works as an instrument itself, dipping in and out of the mix. This track is perfect for letting your troubles melt away with a float in a hotel pool. Just don’t freak the towel boy out by closing your eyes for too long.

“Ready To Be Brave” – Jeffrey Straker
By: Michael Primiani

This blissful folk/roots track from Canadian artist Jeffrey Straker is an empowering anthem perfect for Pride month. Inspired by Straker’s time spent working as an artist-in-residence at a summer camp for LGBTQ2+, “Ready to be Brave” is about finding the courage to approach difficult conversations – something that undoubtedly has affected all members of the LGBTQ2+ community. The strings and guitar twang of this track emphasize Straker’s Prairie roots. A perfect track for some of our woodsy spa and hotel retreat clients. “This is a song about reconciliation” says Jeffrey Straker. If you’re away carrying a burden from which you came, now is the time to set it free.

Call Me If You Get Lost, the sixth album from Tyler, the Creator, is finally here and it is a bombastic, impeccably rhymed and produced flex around the world. The album thematically is a tour of Tyler’s progress and accomplishments from his snot-nosed angry teenage beat up Bruno Mars era of Goblin to his current status as an artistic heavyweight as a performer, producer, writer, visual director and clothing designer. Tyler – along with host DJ Drama – invites his listeners from the old days to ditch the GOLF WANG melted donut t shirts in favor of floral button ups and sun hats for a lavish escapade into wanderlust. The juxtaposition of fists-up hard hitting rap lines that recall the Goblin era with the R&B layered production and nuances forged on recent albums like Flower Boy and IGOR make this album a thorough retrospective.

“HOT WIND BLOWS” introduces us to a yacht just entering into Geneva where everyone has their toes out and ladies feed you French Vanilla ice cream (our ever present vacation hype man DJ Drama tells us, like if DJ Khaled was a Carnival Cruise director). The backing sample of jazz soul artist Penny Goodwin’s rendition of “Hot Wind Blows” washes over you like sun peeking out of the clouds with the flute on it sounding like its being played by a piper in a heat wave. This tropical tremolo flute really reminds me of the Tony Mottola sample at the beginning of Avalanches “Since I Left You”. Tyler along with Lil Wayne rock the boat with some hard hitting bars as they enter a new city, with Wayne in rare form – rapping with more speed and tenacity than most of his features as of late. Perfect for stabbing a straw into a pina colada but still perfect for “stabbing Bruno Mars in his goddamn esophagus” if you see him in Yonkers. (Relax, let’s wait for the Silk Sonic LP to come out first – Editor)