Donda has finally dropped, Men I Trust put out a Michael McDonald fever dream, Bieber goes Afrobeats and more - it's all on RXCOMMENDS August 31, 2021 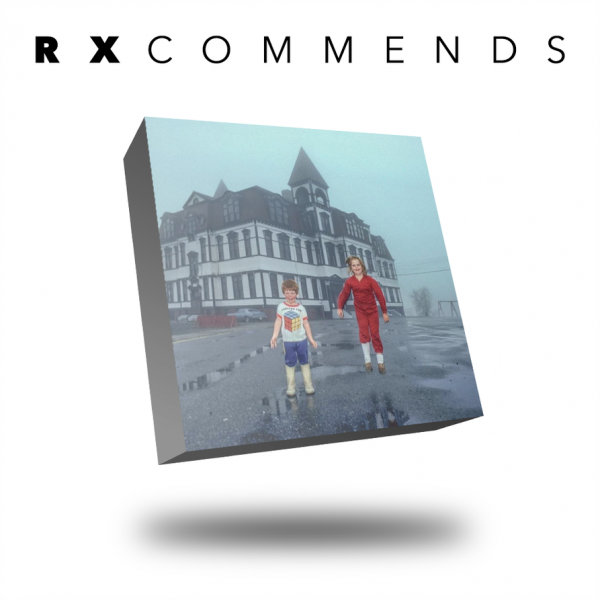 Toronto artist Domanique Grant is back at it with her catchy, powerful, and poignant tune “Airbrush”.  In this tongue-in-cheek jam, the soul-pop singer/songwriter/producer/director highlights the ridiculous expectations and pressures placed on social media creators, both by themselves and by external sources. Domanique writes of the song’s message, “Airbrush is a song that takes Instagram, TikTok and YouTube culture, and turns it into satire…what I’m saying is that if you’re trying to go viral and your idea of fame is not being yourself — airbrushing, Black fishing or filtering yourself — that’s when you really need to re-evaluate.”

Say what you will about Donda (bloated, rushed, haphazard, problematic perhaps?), but “Jail” is a clear standout on an album that actually boasts some true bangers. If modern Kanye’s production is rough and imperfect, sketches of truly great ideas executed distractedly, then “Jail” is an example of how that style actually benefits an artist englufed in ego and controversy. To me, ever-unfinished albums like The Life of Pablo and Donda are fascinating for the ways they reflect Kanye’s vulnerability, the kind of crippling perfectionism even he might acknowledge to be his Achilles heel.

Isolated from the album’s weakest points, the track’s opening is a thrilling example of Kanye’s knack for crossing-over to maximum effect. A cheesy rock guitar here, a soulful chorus there, a confounding drum break spanning the track’s final 37 seconds, and a flash of why the hell I stay interested echoing throughout. Add to it a much-hyped Jay-Z verse and the result is triumphant.

Kanye West’s tenth studio album is finally here after a year of album cover changes, a presidential campaign, teases, studio relocations, three sold out stadium listening parties, fights with Drake and so many other antics. It’s been possibly one of the craziest and most entertaining lead ups to an album release in quite some time, and fueled the virtual water cooler talk between Matt and I. The album has split critics down the middle. Many say it’s an unpolished, uneven mess too tied to controversy to be enjoyed. Others praise the lavish production, features from every major figure in hip hop (except Drake of course) and a return to a form more Yeezus than Jesus. Personally, I’ve really been enjoying it. I don’t think it’s Ye’s best work and it’s a bit of a hodgepodge – but then again, I thought 2016’s The Life of Pablo was too. “Remote Control” is one of my favorite tracks on this album perfect for that bar that sort of feels like a club. Woozy synths, lonesome cowboy whistles, robot voices and Ye singing about how he’s flying around in a hovercraft reminds me of the spacey psychedelic hip hop style of Kid Cudi, Kanye’s frequent collaborator (especially their work together on KIDS SEE GHOSTS three years ago). The Young Thug feature fits in nicely and if you told me a month ago that Kanye would be sampling a Willy Wonka sounding meme called Globglogabgalab on this – yeah, I’d believe you. The man lit himself on fire. I’ll believe anything.

Montreal’s Men I Trust’s new album Untourable Album may not be fit to tour (although they are doing it anyways) but its dream pop meets yacht rock vibes are perfect for those hotel overnights and early mornings. On “Sugar”, the steady percussion and washed out bass (hallmarks of the yacht rock genre) meet Emmanuelle Proulx’s intoxicating vocals and Dragos Chiriac’s freaky keys is probably like what Michael McDonald’s fever dreams are like. Shorelined palm trees lit up pink by neon lights, you keep forgettin’ why you’re there but you gotta try to figure it out. What color is that pastel button up? Not sure but it smells like the beach. Perfect for gin bars, fast cars and anywhere the sea air blows (and beyond).

Hailing from London, UK, Sugarcane is a band with an unlikely sound. Fusing together Bossa Nova and Indie may seem unappealing to the ear but Sugarcane has created a match made in Musical heaven. Spanish guitars and samba drums can be heard throughout this “Latin Cafe”  style debut album. So sit back and enjoy una buena taza de cafe and feel the rhythms of Spanish roots.

Nigerian Afrobeats legend WizKid has released a deluxe version of his 2020 album Made In Lagos which features four new songs including a remix of the summer hit “Essence” which includes a Justin Bieber feature that’s sure to introduce the track to a whole new audience. Perfect beach side or pool side.