We're back for our first installment of RXCOMMENDS for the year with The Weeknd, Dope Lemon, David Byrne and more! January 12, 2022

Welcome back to RXCOMMENDS, where our team of music curators pick the best tracks released this week. After a holiday hiatus we are back to writing about the last tracks released on a weekly basis. What new music has been occupying our office playlist and what fresh picks are we programming for our clients? Find out below! 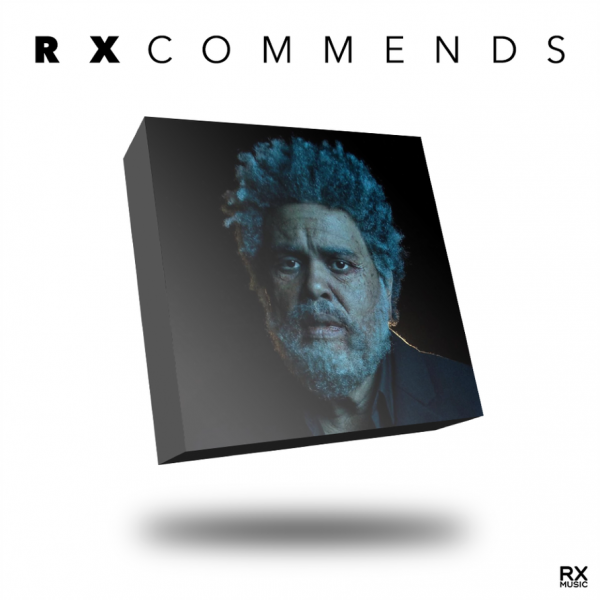 “From You (Feat. Joji)” – Bonobo
By: Michael Primiani

We haven’t heard much from YouTube meme powerhouse turned alt-R&B heavy weight Joji since 2020. 2020 was without a doubt a landmark year for George Miller, with the release of his sophomore album Nectar (which was a more focused and varied release than his first album, BALLADS 1) and his hit team up with Diplo on the single “Daylight”. Although Joji had a silent 2021, he is starting off 2022 strong by partnering up with electronic artist Bonobo. Joji croons about isolation and lost connections “hiding from the world in a cul-de-sac”, an anthem for the work from home and stuck at home folks abound. Bonobo matches Joji’s lo-fi minimalist vibe with moody trip hop production. Perfect for staying in but better heard getting out of the house at your local coffee shop or café.

“Who Has Seen the Wind?” – David Byrne, Yo La Tengo
By: Matt Lipson

This track is more of a curiosity than anything for me. David Byrne and Yo La Tengo have teamed up for a wonderful little cover of a Yoko Ono song recorded in 1969. I like Yoko even if I’m not a regular listener; her forceful avant-garde drive is relentless and understandably under-appreciated. The original recording, however, is unequivocally twee, which might possibly be the very opposite of avant-garde. Ono sounds about 7 years old and the tune is pretty, but not to be underestimated. There’s an impish quality to the whole thing, the contrast to her more notorious singing style enhanced by John Lennon’s simple 12-string guitar strumming. Byrne and Yo La Tengo, both playful and ironically child-like themselves, have done Ono’s original justice. It’s equally sparse and gentle, though Yo La Tengo add a harmony on backup vocals that lends this version a surreal Twin Peaks-like quality. The track has been floating around my head for a week now, probably because I’ve just finished Get Back and Yoko is a delight to watch throughout. There she sits, next to John at all times, sometimes knitting or writing, an unexpectedly gentle presence. Maybe Byrne and Yo La Tengo sensed that too, and I see this cover as due respect for this newly revealed side of Ono and her artistry.

I’ve always liked Dope Lemon’s records. Dope Lemon (aka Angus Young) has mostly been a critic darling. Easy enough to digest and interesting, but never taking enough of a risk to really stand out. In our little world of curating music for business, there are tracks that you love and tracks that are “effective”. Dope Lemon’s latest album Rose Pink Cadillac is a great illustration of this. The lead and titular single is a great listen, catchy and with a good groove, and has garnered a lot of play, but it was the less heralded “High Rollin (feat. Louise Verneuil)” that caught my attention. It can blend nicely into the background, not demanding at all of the listener, but when you do tune in it offers a nice slice of cool. If you give it your entire focus, it clocks in way too long at 5:58, but it sits nicely in the back of your brain. The French lyrics are a nice touch – again sounding cool without you ever caring what they are actually saying. It’s perfect for a high end hotel lobby in the wee hours of the morning.

Sit back and relax to this dreamy soul track with eclectic grooves. Moonchild and Lalah Hathaway come together to whisk away your worries through beautiful harmonies and heartfelt lyrics. This is the perfect tune to sip your coffee and take in the small things that bring us joy.

“Out of Time” – The Weeknd
By: Michael Primiani

We love a good album lead up here at RX Music full of teasers, hints, promotional campaigns and singles (but not releasing more than half the album as singles before its official release – looking at you Silk Sonic). However, at a time when everyone’s patience is slim as they are looking for something to take pleasure in, The Weeknd both announced and released his new album Dawn FM in the same week. The album is a more mature, thematic and blissful version of the synth pop direction he went in early 2020 on After Hours. Themed to a hypnogogic transitional radio station (featuring Jim Carrey bemoaning about the afterlife as its resident DJ – maybe he was back to his character of Bruce Almighty), the album serves up lyrics about somber endings and new beginnings, entrenching itself in the present and also in a certain timeless liminality. “Out of Time” is built on a sample of Japanese city pop track called “Midnight Pretenders” by Tomoko Aran. City pop was a pop R&B movement in Japan in the 80s inspired by Western tunes from Michael Jackson, Whitney Houston and Quincy Jones (who has a heartfelt spoken word track right before this track). Plucking this sample from music history makes it truly a soundscape out of time and adds to the timeless liminal quality of this album. Perfect for the last drink at the bar, a neon-soaked casino, a 24-hour ramen bar or anywhere else that time doesn’t quite exist.