New jazz, an ode to Montreal and the return of Robert Plant with Alison Krauss - here on RXCOMMENDS November 25, 2021 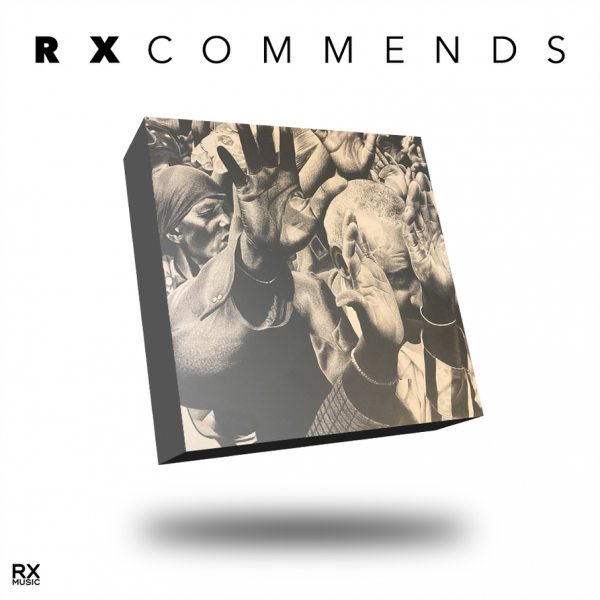 Toronto’s own Allie X (now LA’s own in fairness to the city of angels) has followed up on 2020’s Cape God with a deluxe version of he same album. Normally I don’t pay a lot of attention to outtakes and alternate versions, but there is some new content here, most notably (so it says here) “Limited Love”.

It starts with a bit of Rhodes keys and jumps into an 80’s style shuffle. On the verses, she back phrases the lyrics and fits them in her rhythms in a way that makes me wonder if she studied with jazz singers, or hip-hop emcees. Perhaps both. Which is what’s always been so cool about Allie X. As much as she’s a Pop artist, she is simultaneously hard to pin down. Throw in that octave jump as she’s rounding third and kicking into a double chorus to end it, and I am sold.

Great track for a bar that gets a young-ish after-work crowd who wants to order cocktails with more than 2 ingredients and be seen doing so. Pair with an Old Fashioned or a Vesper Martini and you’re set.

I’ve been living in downtown Montreal for the past month and like many Montrealer’s, I’ve been walking everywhere with music in my ears and bags of bagels/groceries/cool thrifted clothes in my hands. I was stoked last week when one of my favorite Montreal based artists (next to HOMESHAKE and Godspeed You! Black Emperor) KAYTRANADA put out an EP called Intimidated – a new soundtrack for me, a transient in his hometown, to enjoy. And no – it’s not about how I felt when I met up with my colleague Matt Lipson (a native Quebecker) and screwed up ordering a beer in French. It’s just three songs, but they all pack a unique punch. The title track includes H.E.R. and the last track – a hip hop tribute to the recent tragedies in Haiti – features Haitian artist Mach-Hommy. The middle track “Be Careful” has to be my favorite, featuring the signature bass and smooth vocals of Thundercat. KAYTRANADA’s expertly produced keys and drums accent this track. Thundercat’s bumbling unlucky in love character is similar to me here in Montreal – not sure what to say, not sure where I can park my Ontario plated car. Perfect for walks down St. Laurent, but I want to walk into a bar, a dumpling joint or even a late-night poutine spot and hear this! I’m still here for another week, there’s still time.

Chicago-based drummer and producer Makaya McCraven continues to pave his own lane in the modern jazz scene with his new album Deciphering the Message. More than just a collection of jazz remixes, this album is a cohesive body of work that presents a reverential musical excavation of Blue Note classics. McCraven masterfully plays AND pays homage to several jazz musicians of the time, including hard bop pioneers Horace Silver and Art Blakey.

The fourth and final single of the album, “Black Rhythm Happening” is a must-listen for jazz, funk, and hip-hop lovers alike. This track is a funky rework of the 1969 album of the same name by trumpeter and Sun Ra associate Eddie Gale. McCraven, who likens himself to a “beat-scientist,” creates an alchemy of sounds by combining hard bop and soul jazz timbres and textures with hip-hop sampling. All in all, this album features great ambient jazz lounge vibes suitable for any downtown hotel lobby or lounge bar.

“You Led Me To The Wrong” – Robert Plant, Alison Krauss
By: Matt Lipson

Robert Plant and Alison Krauss released their highly anticipated follow-up to 2007’s Raising Sands last week. That album was a real dark horse with a ghostly air fueled by the unlikely pairing of T-Bone Burnett’s vibrato guitar, Krauss’s old-world fiddle, and Robert Plant doing what Robert Plant does. 14 years later, the sound of that trio is less surprising, less enigmatic. Still, they manage a quaint séance with the spirits of long-gone songwriters like Merle Haggard, the Everly Brothers, and Ola Belle Reed . One standout for me is “You Led Me To The Wrong”. It’s a slow burn driven by a droning fiddle, hushed and ominous and feeling a bit like the Velvet Underground’s “Venus in Furs”. Plant is still a formidable blues singer and there’s a sort of call-and-response with the fiddle that I like. I would definitely program this on a freight train in Apalachia.

“Never Leavin'” embodies the feeling of being untouchable. It lifts you into the blissful realm of letting go of your worries and following your heart. Toronto R&B powerhouse TRP.P masterfully blends cool rhythms with heart-felt lyrics that will set your soul on fire.