A new Snail Mail album, a blowout track from SATE and the wait for Silk Sonic is almost done - here on RXCOMMENDS November 10, 2021 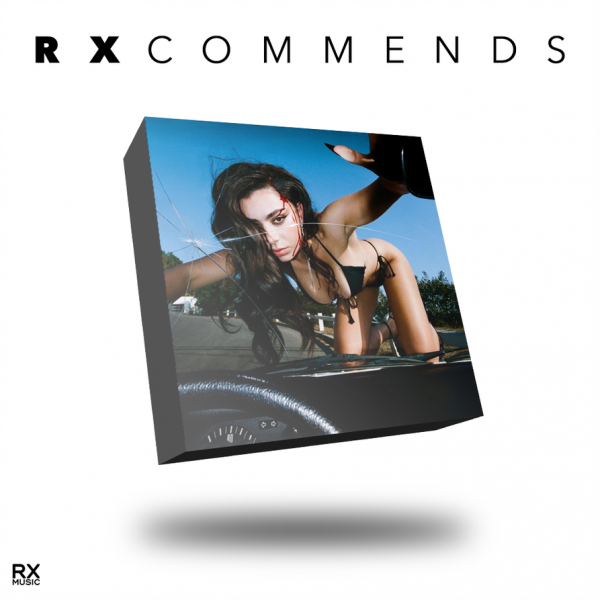 This female indie electro artist powerhouse of a track comes to us from Charli XCX with an album announcement for her fifth studio album, CRASH due in March of 2022. As stated before on this very series, this album will be Charli’s departure from hyperpop in favor of a new, electro dance pop direction which borrows heavily from 80s dance music artists like Madonna and Kylie Minogue with the glossy production of modern dance floor anthems. The synths here recall Charli’s power pop origins and remind me a lot of the energy booster “I Love It” by Icona Pop, which had a Charli feature that I heard way too many times in the days of Vine to people failing to do handstands or an infamous booze cruise gone wrong. The poppy drums are Totally 80s, sounding like they were lifted right from “She Drives Me Crazy” by Fine Young Cannibals. This is one for that feeling of strutting through the hotel lobby on your way to the club also playing this song, or seeing your food being hoisted in the air by your server en route to your Instagram feed. Just be careful when doing gymnastics and boating against the tide, ok??

“Nobody (Feat. The OBGMs)” – SATE
by: Regan McDonnell

Toronto Rock powerhouse SATE is back with the release of her sophomore album, The Fool. The Hill Kourkoutis produced album (Martha and the Muffins, Royal Wood, Madison Violet) brings the same ferocious raw energy as SATE’s debut album RedBlack&Blue and features an assorted backing band of seasoned Toronto musicians. Three videos have been released so far from the album including lead single “Howler”, a short film for “The Fool” and the raucous “Nobody” featuring Polaris Music Prize shortlisted punk band, The OBGMs.

“Smokin Out The Window” – Silk Sonic
By: Michael Primiani

We are at that point where the long-awaited album An Evening With Silk Sonic consisting of a half hour (that’s it?) of sweet, programmable R&B jams from Bruno Mars and Anderson .Paak is a mere days away but we have just been delivered the third and final single of this project before it goes live. “Leave The Door Open” came out all the way back in March! Let’s have the evening with the boys tonight! Ok I digress, let’s get into this track…

“Smokin Out The Window” is has the swagger of a James Brown funk ballad about being broken up with but trying to play it cool the whole time. It’s melodramatic, recalling the best (or worst) of an artist like D’Angelo. It’s also funny and bitter at the same time, with Bruno Mars and Anderson .Paak forming a Sinatra/Dean Martin partnership of bantering and singing back and forth. Most of our clients are grooving along to this one, but the Evening can’t come soon enough!

There’s few things in pop music that yield as much fruit as a writer entering the height of their powers who is working through heartbreak. Once you’ve been through a few, the edge somewhat comes off, age and experience can dull some of the edges, or at least prepare you for them.

In Snail Mail’s sophomore release Valentine, Lindsay Jordan is drawing on that life-blood of rock n roll, a love lost, and has turned out a brilliant follow up to 2018’s Lush. Equal parts singer-songwriter and indie rock, Valentine is sure to grab the ears of folks who are starting to put their year end lists together of 2021’s best.

“Automate” has a plodding yet urgent march with an almost hypnotic effect. It’s the kind of track that comes on in the coffee shop and no matter how engrossed you are in your book, it subtly grabs your attention. By the time you realize you’ve been reading the same sentence for two and a half minutes, you’re already reaching for your phone to “Shazam” the tune so you can really savor it later. Or just listen to it now…