We've got new Duckwrth, J Dilla influenced beats and a whole album of Delta blues - it's RXCOMMENDS May 18, 2021 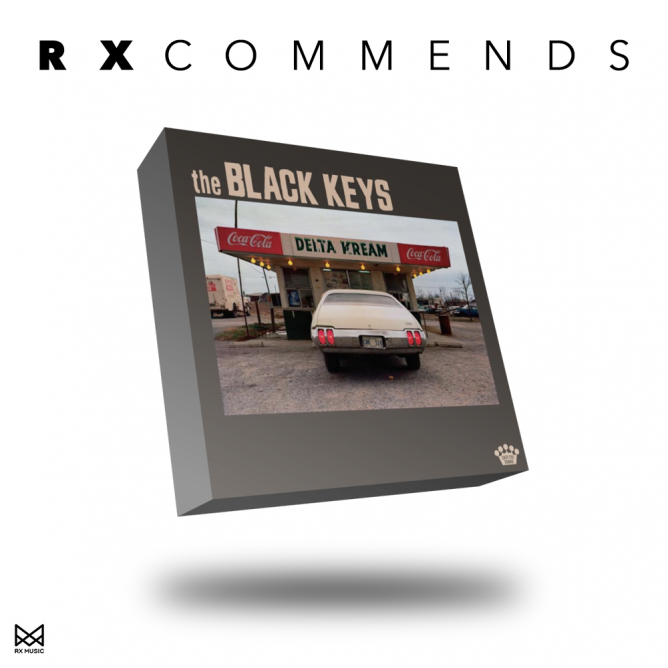 Things I love in Hip-Hop: being clever and having something to say while also being boastful; multiple emcee’s contributing to a track (shout out to J5!) and classic soul bed tracks. Toronto based up and comer Asun Eastwood has teamed up with the UK’s Finn to release a new album The S.O.U.L. that pretty much clears the bases. A standout track “Keep It Clean” which also features SLNC brings all these elements into focus and really grooves.

If you like Common, Mos Def or J Dilla, spend some time with this one.

“Going Down South” – The Black Keys
By: Michael Primiani

Not all of our clients use Blues programming, but the ones that do really love it. The hits of blues legends B.B. King, John Lee Hooker and Stevie Ray Vaughan stream out of the speakers of burger joints, Cajun restaurants, BBQ locales and pubs across North America and beyond subscribed to RX Music. It creates a homely yet lively atmosphere perfect for biting into fried chicken or the last fry off your buddy’s plate. However, Blues is a genre that just doesn’t have the same output as it used to. That’s why when alt-rock masterminds The Black Keys switched it up this past Friday and put out a blues cover album called Delta Kream, we were overjoyed. This is a complete tribute to Mississippi Delta Blues, with covers of artists such as R.L. Burnside, Junior Kimbrough and Big Joe Williams. “Going Down South” (a Burnside cover) is a twangy slow burner, with Dan Auerbach’s trademark whistle-at-the-moon style crooning and blues chords working perfectly in the context of The Black Keys usual buzzy 70s guitar influenced production. Load up on these 12 bar bangers as you try to bar hop to 12 bars – just remember to call a cab!

Some smooth roller skate vibes coming from the dance king Duckwrth! “Birthday Suit” is the perfect bop for your summer vibes list!!

Some Jazzy Neo-Soul up in here that’s complimented by Katie Tupper’s luscious and sultry vocals. Perfect in a dimly lit restaurant for those slow-moving, time-to-reset moments.

This stripped back new neo-soul single from Leon Bridges is the perfect morning wake up for your Coffeehouse mix. Bridges’ velvety smooth voice only accents the smell of fresh roasted coffee beans or the steam off a cappuccino. Get that cup of joe and jump on your motorbike and head out for the day. Don’t worry if you spill that café latte on yourself while grabbing your helmet, this song is like putting a balm on it (I can’t believe it took me this long to make a Seinfeld reference while writing these – Editor)

Olivia Rodrigo comes through with another banger solidifying her position as the breakout artist of 2021 so far. While the melodramatic “drivers license” and indie pop infused “déjà vu” reminded us of Lorde and Billie Eilish, “good 4 u” is thematically about the same break up as the other two but musically ventures into pop punk. The more aggressive than passive chorus wishing “nothing but the best” for an ex who moved on too fast is yelled out by Rodrigo and set to some quick power chords that really have me thinking of Hayley Williams of Paramore. This is sure to be a happy hour staple of the summer being able to co-exist with popular hits but also a throwback pop punk list of Blink 182, Good Charlotte and anything for Paramore’s Riot album. Check out RXM Pop Punk for more of this!

“Worry With You” – Sleater-Kinney
By: Jonathan Knox

There are few bands that enter their third decade and remain as consistently great as Sleater-Kinney. The legendary Pacific Northwest band have received a variety of high praise over the course of their career, and now having recently announced their tenth studio album, Path to Wellness (out June 11th) they are back for more. Leadoff single, “Worry With You” appropriately speaks to the anxiety of modern times with a little bit of romance (“If I’m gonna worry/ I’m gonna worry with you”) tangled in with their signature angular guitar meets classic rock riffage. It all works marvelously making for another excellent and memorable tune – though why shouldn’t it? Sleater-Kinney know exactly what they’re doing, and are one of the best bands still going. If you’re not hearing this at your favourite bar, you now know what to request.

The UK-based quartet Sons of Kemet are back with their 4th album Black To The Future. Fusing together African rhythms, West Indies dub and progressive politics under the umbrella of modern jazz is no small feat, and it’s executed brilliantly on the single ‘Hustle’, a collaboration with Kojey Radical.

If you’re going for a sweaty, afterhours/underground vibe, look no further.

“Down And Out Downtown” – St. Vincent
By: Ben Birchard

Let’s be real here – a music blog giving praise to St. Vincent is not exactly a hot-take. There will be plenty of platitudes thrown the way of Annie Clark (aka St. Vincent)’s 6th album Daddy’s Home, and it delivers.

The second track, “Down And Out Downtown” is the one I can’t stop listening to though. The opening line “Last night’s heels on the morning train” immediately paints a picture. It sets the tone – the present is paying the toll exacted by the past. The dark and moody bass of the verse eventually gives away to a soaring chorus, where we get a taste of the hard-earned joy that came before. This is the life of the bohemian – peaks and valleys. The highs can be spectacular, but the lows can be hard to come back from.
Musically, there is plenty to chew on – the layered guitar riffs, one part sitar-tinged and one part 70’s fuzz, the wall of sound strings, soulful background vocals, and even a little “Come Together”-esque break to tie it all together.

2017’s MASSEDUCATION was always going to be a tough act to follow. Forward but retro, rock but soul, get some good headphones and turn your phone on Do Not Disturb and enjoy.