A Bob Seger cover, the return of FKA twigs, and a new look for Oliver Tree - all here on RXCOMMENDS January 18, 2022 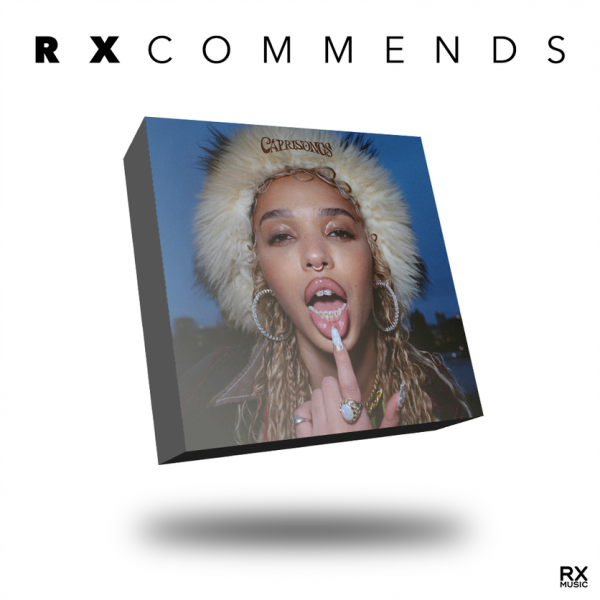 “Against The Wind” – Cat Power
By: Ben Birchard

Sometimes covers are regarded as a cop out, other times they are seen as genius. Artists have the benefit of working with proven material but assume the risk of seeming unoriginal. I’ve never really understood this to be honest, but I sometimes feel it. I mean, technically almost every Frank Sinatra or Elvis hit was a cover. Aretha Franklin covered ‘Respect’ and I could not be more grateful she did. But Weezer releases “Africa” and I roll my eyes hard. Perhaps if you pass the hard-to-define test of ‘making it your own’ or ‘re-imagining it’, you’re still an artist?

This is all a long pre-amble to just saying that I am loving Cat Power’s (Chan Marshall) version of the Bob Seger classic “Against the Wind”. Marshall has made it darker, less about the innocence of days gone by and more about innocence lost. She picks and chooses which lyrics from the original to leave out. It’s truly a different take on the song, creating a real tension that haunts, but also works. In the same way the character in the song is reflecting on their former self, perhaps Marshall is reflecting on her relationship with the song itself.

If you’re tired of the same old digestible coffeehouse fodder, challenge your listeners with this brooding beauty while they wait on their caffeine fix.

It’s been just a little over 2 years since FKA twigs groundbreaking LP, Magdalene. On it, FKA twigs (real name Tahliah Debrett Barnett) received high acclaim in the music world for her unique brand of electronic art pop with an eerie edge. Much of the record was abstract and atmospheric, with many songs like “cellophane” that hit us right in the feels. This time around on her long awaited follow up titled CAPRISONGS – FKA twigs finds herself in a much more pop and dance driven direction. This project is filled to the brim with features, all of whom worked with FKA Twigs via FaceTime on their material before recording it. This was very similar to Charli XCX’s process for her last album how i’m feeling now which we covered on our Best Albums of 2020 list.  “honda” is a club banger featuring haunting looped vocals and a choral backing combined with a gritty dancehall beat. It hits home for me not because I have any experience rolling my Honda Civic down a British motorway while smoking, but because my Honda Civic (released in 2010) recently blew its exhaust while I was rolling down Toronto’s Highway 400. This song is a lot better than that. Although this is a track more for the club and that bar with the craft cocktails and Mediterranean food that thinks it’s a club, it still has that artsy eerie edge and sounds like echoes from FKA twig’s unique plane of existence. When I program this for my clients, I will request a FaceTime invite to the party.

“Jackie Down the Line” – Fontaines D.C.
By: Zack McNair

Rising Dublin post-punkers Fontaines D.C. return in 2022 with a new album, Skinty Fia, coming this spring, while sharing the lead single “Jackie Down the Line”. The quintet’s brooding yet expressive sound, led by frontman Grian Chatten’s cutting vocals, has evolved with each record, and they now appear set to hone a direction in today’s alternative landscape all their own.

The eccentric, creative and always outrageous Oliver Tree returns with a new single, “Cowboys Don’t Cry” off his upcoming sophomore LP Cowboy Tears.  In typical Oliver Tree fashion, the song deals with loss of love, but as explained by the artist himself, the message is that it’s okay for all people, including tough guys (i.e. cowboys) to admit their hurt and display their emotions.

In a recent interview with YouTuber Zach Sang, Oliver Tree explained that his upcoming LP Cowboy Tears will be an entirely folk & country focused album, and apparently his final album before transitioning to other artistic projects, such as film.  He additionally notes that Cowboy Tears can be considered both a concept album, and in his mind, his first ‘real’ album, alluding to the fact that his debut LP Ugly is Beautiful was really just a collection of songs written years ago and featured on a variety of past EPs, packaged together by his label.  Oliver Tree does not mince words about his frustrations with his label, he also noted that he does not know when Cowboy Tears will be released, a decision left up to the label’s discretion, which he apparently has little faith or agreement in.