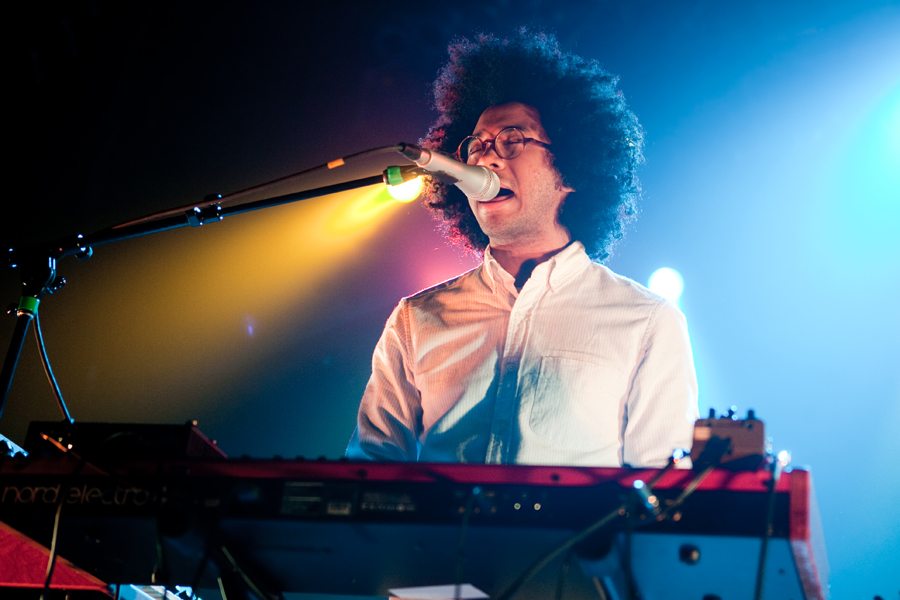 Toro Y Moi (aka Chaz Bundick), the Berekely, basement-dwelling musician from South Carolina, was on Jimmy Kimmel Live last night playing tracks from his most recent endeavor Anything in Return.

After building on the disco influences he brought forth with his 2011 release, Underneath the Pine, his 2013 offering, Anything in Return, seems to give more credence to his earlier work which is much more chill-wave and melancholy.  This shows a stark contrast to where many believed his progression as a musician was heading. With Daft Punk topping the charts this summer with Nile Rodgers (the “King” of Disco) as a side man, many saw a return of the late-90’s acid jazz and disco phase just around the corner – especially from someone who had been at the forefront of that underground movement. Although a return to disco may still be in the cards, Toro Y Moi simply writes what he feels. This dedication to himself as an artist is commendable and evident in Anything in Return.

Of course, if you land a gig on a late night show playing to a standing crowd you’re probably not going to play too many of your low energy songs – so he didn’t.

Download Toro Y Moi to your MUSICBox On-Demand via the PCM Online Music Catalog by following this link.