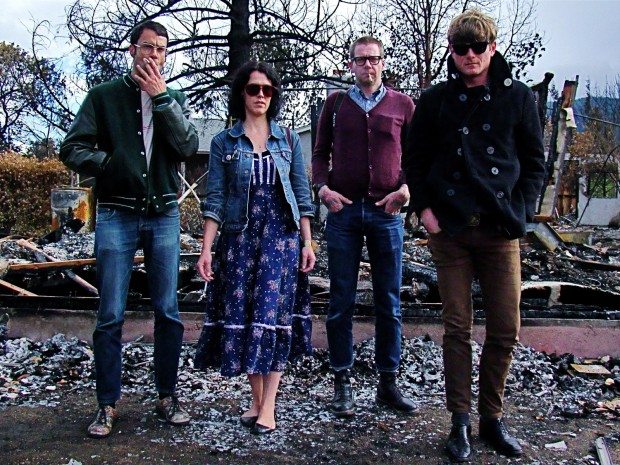 It’s been a pretty tough couple months for garage rock aficionados. The Hives are cutting tracks with Pharrell, the Arctic Monkeys continue to change from their hard-squabble ways to an admittedly pop-ier sound, and Weezer is set to release what is largely expected to be another disappointing record (let’s face it they’ve said all they have to say).

Of course, there was the Thee Oh Sees who announced on-stage last December at the Great American Music Hall in San Francisco that that “will be the last Oh Sees show for a long while. So dig in.” This was confirmed in SF Weekly by the band’s tour manager, Annie Southworth, who noted that song-writer, and leader John Dwyer needed time to transition from San Francisco to Los Angeles.

All this “talk” was tempered on December 20th when they posted on their website that a new LP would be coming in early 2014.

The new album “Drop” has everything you’d expect from a great garage-psych record nowadays. From the hard driving distortion on the opening track Penetrating Eye to the rhythmic sax lines and playfulness Put Some Reverb on My Brother, overall it’s a great record.

Of course, there’s the melancholic trip out song to round it all out – and why not make a video for it, right?!