Billie goes 90's R&B, The Cure goes CHVRHCES and Polo & Pan goes through a tunnel to cosmic space - all on RXCOMMENDS June 9, 2021 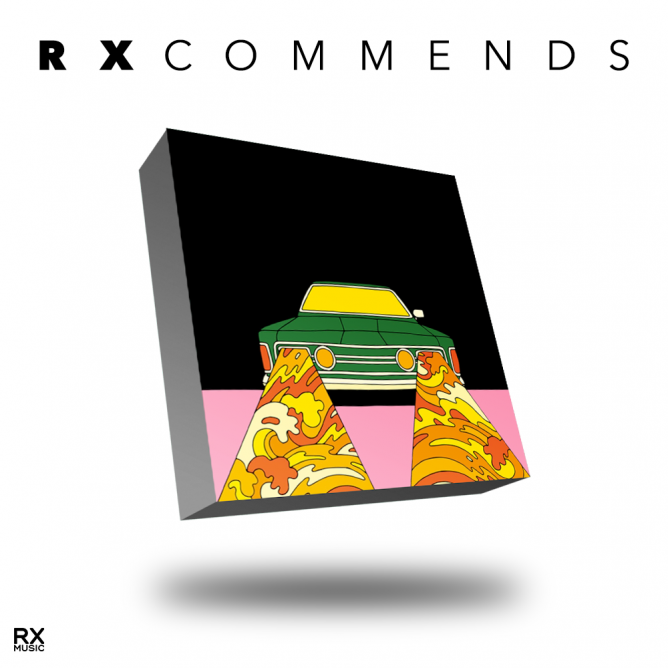 We’ve got another glimpse here at Billie’s hotly anticipated sophomore album Happier Than Ever due on July 30th. In contrast to the whispery, atmospheric and sleepy singles “my future” from last summer and the recently released “Your Power”, “Lost Cause” offers a tad more energy as a mellow R&B song but still has us craving the energy of the certified bangers from her debut release like “bury a friend” and “bad guy”. However, I am pretty amazed at Billie’s versatility and genre hopping and this track sees her trying her hand at 90’s influenced R&B. Over chunky bass lines and some slick production from her brother Finneas, Billie croons about a deadbeat ex trying to act like a badass outlaw (a callback to the aforementioned “bad guy”) but does not have any ambition or drive in comparison to Billie. It reminds me of TLC and I half expected Billie to call this unfortunate dude a “scrub”. As Billie sings, “summer’s in the air right now” and this is prime chillout R&B is perfect for lounging in the sun and forgetting that ex who had the Gucci wallet but still always conveniently forgot to put his credit card in it.

“How Not To Drown (Feat. Robert Smith)” – CHVRCHES
By: Matt Lipson

I really liked CHVRCHES’ debut album The Bones of What You Believe back in 2013 and pretty much lost interest after that. Their latest single “How Not To Drown”  reeled me in with an eye-grabbing feature from Robert Smith of The Cure. I love hearing the older folks collaborate with the artists they’ve influenced; it can either be a total trainwreck (see: Elton John clumsily piggybacking on Years & Years’ recent cover of Pet Shop Boys’ “It’s a Sin”) or a really natural fit. I’m relieved to say that this single falls into the latter category, so seamless a partnership that it could just as easily be slipped into a 30th anniversary edition of 1992’s Wish. The lyrics are clearly a nod too, with Lauren Mayberry and Smith repeating ‘Watch as they pull me down / Pulling me down / Dead when they found me,’ in a kind of endearingly gothic father-daughter moment.

“Talk About It” – Jungle
By: Michael Primiani

Jungle is a constantly curated group for us to liven up a hotel lobby, patio, casino, pool, doctor’s office – anywhere really – and this single is proof that Jungle keeps on delivering. “Talk About It” features a slick bassline and breakbeat drums that remind us of a Motown soul tune while shimmering synths, the catchy chorus and the moaned out vocal inflections merge in the disco era for a song we want to talk about but need to dance to. It’s what the doctor ordered for anyone in need of a groovy, pulse pounding pick me up. Maybe, with the song playing in his waiting room giving that burst of inspiration that the Chatelaine magazine from 2009 with the missing pages just can’t compete with.

This late night experimental slice of instrumental trip hop electro from Negative Gemini is perfect for those twilight hours spent in the liminal spaces of a dimly lit hotel lounge at 2AM or at an airport as you gaze at your phone and watch telling you two different times. Swelling vaporwave style synths, drum samples weaving in and out and a hypnagogic, constant, vague yet familiar keyboard riff create a mood that is eerie, yet relaxing. Speaking to the feeling of a strange calmness, Negative Gemini said “I made this track at the start of quarantine when it was raining for like a week straight in LA. It was just kind of the mood. I really love when it’s raining, and the sky is dark in the middle of the day. It feels insulating”. Pairs well with a rainy night spent in a hotel room, a good book and perhaps that fun on edge feeling after watching a good horror movie on Netflix. Also, you can check out the premiere of this track that was actually a part of a virtual reality concert called “Virtual Utopia” by Negative Gemini’s label 100% Electronica.

Stir up some Neo-Soul, silky Bossa Nova and R&B in a pot and you have yourself a new song from PIE. It’s a nice, dreamy arrangement but still groovy enough to satisfy a low-key summer night at your local watering hole. Martini anyone?

I didn’t play this song…it played me. I had high expectations for Polo & Pan and Channel Tres, but nothing could have prepared me for this. For those of you who clicked play and were suddenly launched into cosmic space…welcome. If you feel like nothing will be the same, then join the dance club. Perhaps the “Tunnel” they are referring to can be seen as a pathway into the future of music and there’s no way I can go back after hearing this goodness.

Loving this new single from Remi Wolf. The vocal is killer, as always, ranging from a smooth Rachael Price like whisper to a full-on Joplin growl. The production choices seem built from that template, starting with a mellow, almost acoustic groove and cascading into some heavy fuzz guitar underscoring the former American Idol contestant’s licks. Solid fodder for your modern soul listening.

Single artwork for Polo & Pan courtesy of Paul Brooks. Special thanks to Negative Gemini for her assistance with this week’s piece.