Home › Editorial › Music, Culture & Everything › RXCOMMENDS | Best Tracks of May 2022

The return of Kendrick, Mother Nature and Harry Styles tells us where to program his new song - last month on RXCOMMENDS June 6, 2022

Welcome to RXCOMMENDS, where our team of music curators pick the best tracks released the past month! After running this series weekly for a year, we have decided to pivot to a monthly installment. 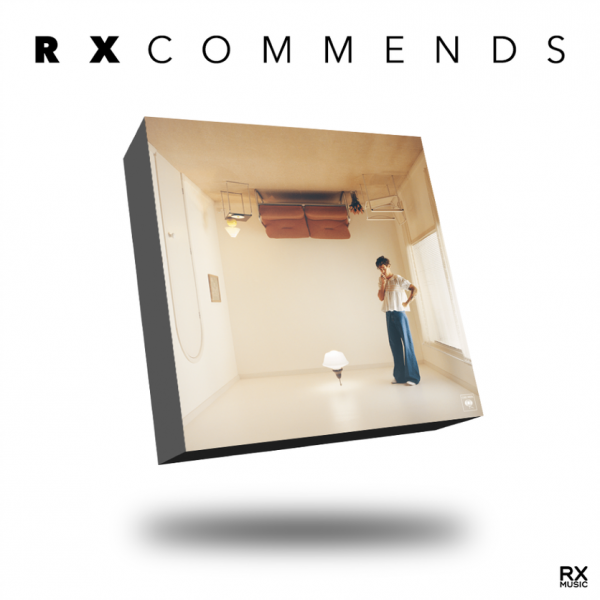 David Myles just released the lead single for his upcoming album It’s Only a Little Loneliness titled “Mystery” and we are loving it. Folky but with soulful backing vocals, sweet keys and country pedal steel guitar – this is a smooth song with a lot of character. The variety of its elements reminds me of folk star multi-instrumentalists like Sufjan Stevens and Andy Shauf. Lyrically, this song attests to the mystery of attraction – specifically between a country boy and a city girl. This scenario is also played out musically by the steel guitar meets keys and groovy bass. Perfect for those spots where anything can happen and anyone from any walk of life may pass you by: hotel bars, diners, cool shops and beyond!

“Music For a Sushi Restaurant” – Harry Styles
By: Michael Primiani

Wow, thank you Harry Styles. Thank you so very much. Since starting RXCOMMENDS in March of 2021, this is the first time that an artist has told US where their music should be programmed. “Music For a Sushi Restaurant” is – music for a sushi restaurant. Or a Mexican restaurant. Or a café. Or a pub. Or even a place where they don’t serve food. Super accessible and upbeat, you don’t need to know how to use chopsticks or pretend to like wasabi to enjoy this one – because were programming it everywhere (sorry Harry). According to an interview with NPR, this song originated when Harry and his producer were eating at a sushi restaurant when one of his songs came on, to which he thought it was strange. After a 9 hour exhaustive questioning of each of our Music Consultants, we were unable to come to a conclusion of if this was one of us. However, if it was, we would like to offer a “you’re welcome” or an apology – whichever is required. A great track for your summer sunburn, even if it was caused by the burning hot lights of the RX Music meeting room during your interrogation.

You know when you have discovered a brand-new act for the first time, that you want to keep it to yourself for a little while? Especially when they are relatively unknown, sometimes you want to take your time and follow an artist for a little while before you share. Well lucky for you, I’m feeling generous. Mother Nature consists of Chicago emcees Klevah and TRUTH. They are a dynamic force of emcees devoted to building a legacy founded on defiance and self-discovery.

According to the duo, the song “Don’t Worry” is an anthem to keep our bodies moving and our minds free, knowing that we are all divinely protected and provided for by Nature herself.

So get moving and set your mind free.

Kendrick’s long awaited fifth studio album (and follow up to DAMN released all the way back in 2017) is finally here to widespread acclaim and discussion. The album features Kendrick at his most vulnerable and open, rapping about the darkest parts of his life and what he has been going through since 2017. While a good portion of this album is perhaps reserved more for intimidate headphones listens than a patio or hotel lobby, “N95” is a blistering, high octane hip-hop smash that’s perfect for a gym or a late night bar. Over chunky keys and big beats, Kendrick’s fast paced rapping touches upon superficiality and those who hide behind various facades instead of being genuine – symbolized by the mask in its title. Good tune to hype you up and make your head bop…but to also make you think.

I’m a sucker for any music with surf vibes, with reference to California, or that sounds even remotely like Lana del Rey. Enter: Los Angeles Indie “Surf Noir” band, La Luz. The band recently released their latest single: “Endless Afternoon”. Aptly named, this track will have you dreaming of a long, sunny afternoon in the Hills of LA. Lead vocalist and guitarist, Shana Cleveland, describes “Endless Afternoon” as a “California lullaby”. Her dreamy vocals combined with soft background harmonies and a mellow guitar riff could absolutely lull one to sleep… if we weren’t all too enamored by it, and, of course, eagerly listening out for what beauty La Luz has in store for us next (hint: it’s the b-side, San Fernando Shadow Blues, being released on June 14).