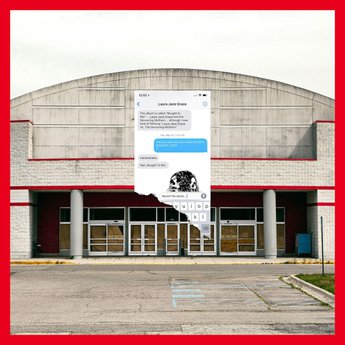 Architects | Holy Hell
After all that this British metalcore outfit has been through following the death of guitarist and brother Ton Searle, it would be permissible if their next musical output was more of a feeling out process. Something in between sounds, something not fully fleshed out. Holy Hell is not that. This album is a masterpiece. A long-playing tribute to the genius of Tom Searle and an amazing dedication to his life. Many feared that having lost one of their primary songwriters that they may become more commercially palatable, but with this, their eighth studio release, they have proven that death is not a defeat and the group is just as able as ever to deliver a knockout blow.

Laura Jane Grace & The Devouring Mothers | Bought to Rot
Steeped deep in Americana, there’s a sort of exposed honesty in Laura Jane Grace’s newest solo release. Easily the most varied release in her catalog, there’s some bouncy post-punk intermingled with a myriad of other sub-genres: Tennessee southern-rock, rockabilly, indie rock experimentalism among others. Bought To Rot shows a different side of the Against Me! frontwoman, where she’s delivered a record that is quirky, heartbreaking and bitterly real.

Imagine Dragons | Lover Chanting EP
Although it was known well in advance that the newest release from Gothenburg-natives was to be an EP, it is still disappointing that Little Dragon’s exploration of a more upbeat dancier product is only 3 songs long. There are clear electronic house/space disco elements borrowing from Todd Terje and Lindholm that are left on the table here. This is an agonizingly small sample size – here’s hoping their next effort is more expansive.