1957 Elvis Presley bought the Graceland mansion from Mrs Ruth Brown-Moore for $102,500. The 23 room, 10,000 square foot home, on 13.8 acres of land, would be expanded to 17,552 square feet of living space before the king moved in a few weeks later. The original building had at one time been a place of worship, used by the Graceland Christian Church and was named after the builder’s daughter, Grace Toof. 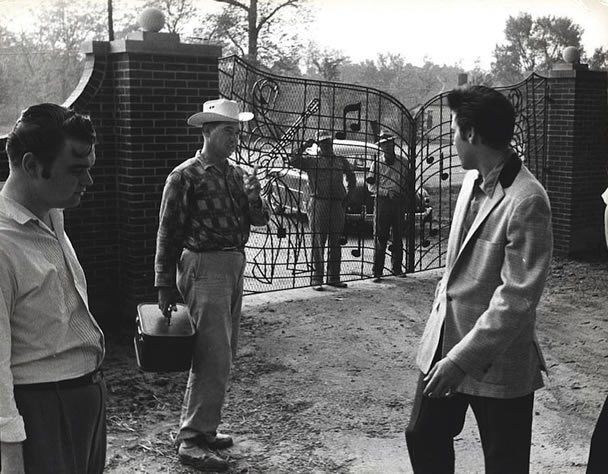 1973 Dr Hook’s single ‘On The Cover Of Rolling Stone peaked at No.6 on the US chart. The single was banned in the UK by the BBC due to the reference of the magazine.

1978 U2 won £500 and a chance to audition for CBS Ireland in a talent contest held in Dublin. The Limerick Civic Week Pop ’78 Competition was sponsored by The Evening Express and Guinness Harp Lager.

1984 Van Halen’s ‘Jump’ peaked at No.1 in the US. Over the years David Lee Roth has given various accounts of the meaning behind the lyrics, but most often says they are about a TV news story he saw where a man was about to kill himself by jumping off a building.

Real Estate | In Mind
It’s extremely hard for a group to recover, musically, creatively and emotionally, from the loss, or departure, of a founding member. But despite the loss of Matt Mondanile, Real Estate have pushed beyond their former boundaries and developed their sound into something more compelling. Real Estate have become a greater version of themselves, rising to the challenge presented to them, their featerweight melodies and powerful and king observational lyricism remains simplistic and almost breathtakingly personal. Given their trials this might be their best LP to date.

Depeche Mode | Spirit
It seems like every time society is at it’s peak of cynicism Depeche Mode comes back with a great new LP. 1993 is a great example, still feeling the effects of the first Gulf War, Grunge is cresting it’s wave and Depeche Mode comes out with Songs of Faith and Devotion. Spirit is rich in power, emotion and message fresh out of 2017, “you’ve been lied to/ you’ve been fed truths” Dave Gahan croons on “Where’s the Revolution”, “cummon people/ you’re letting me down.” It’s hard to remove this record as a whole from the world around it, but that’s always what Depeche Mode has offered, and maybe that’s what we all need right now.

Spoon | Hot Thoughts
This is an album by a group at the absolute top of their game. Brimming with confidence and deep introspection, Hot Thoughts continues to tinker with a sound that long ago proved perfectly unique, and still is able to somehow find something novel. Striking a near perfect balance between traditional song and adventurous sounds, Spoon adds to their extensive catalog of great albums by creating an LP that is a perfect encapsulation of what Spoon is all about.