1977 Marvel Comics launched a comic book based on the rock group KISS. 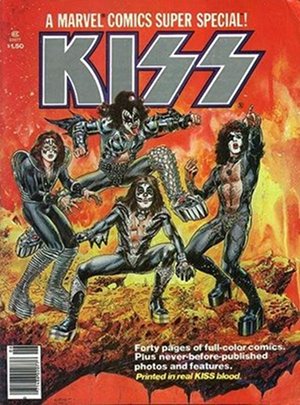 2000 Eight men were trampled to death during Pearl Jam’s performance at The Roskilde festival, near Copenhagen. Police said the victims had all slipped or fallen in the mud in front of the stage.

Washed Out | Mister Mellow
Easy, pleasing and a lot of fun, it’s refreshing to hear something new from Washed Out, but a little underwhelming as it’s a little bit of ‘more of the same’. Although some of his more chillwave elements are reworked for a modern record, it’s still pretty generic indie-pop. Not in a bad way, mind you. It’s still a very good LP.

Calvin Harris | Funk Wav Bounces Vol. 1
Did Calvin Harris just step up his game? From top to bottom this might be the best pop LP of the year so far. A few stinkers aside (“Skrt On Me”, “Prayers Up”), Funk Wav Bounces is giving 24k Magic a run for it’s money in 2017. Don’t sleep on Calvin Harris – he might be a follower when it comes to musical trends but he is one of the greatest musical chameleons out there and can do basically anything he wants.

Jay-Z | 4:44
If you stepped forward in time from 2002 to 2017 you’ll notice a few similarities. A war mongering Republican president, Beyonce winning at most things, and a new Jay-Z record. But if you had no idea who any of these people were, you’d really think that Jay-Z was really full of himself and not that great of a rapper. Nothing has changed in his style from the Bonnie & Clyde tour where he trudged around stage and sang Watch The Throne tunes sans Kanye. He’s washed up and begging his wife for forgiveness in a very public way. Oh yeah, it’s also going to cost you $10 a month to listen to his record. Dude’s a business, man.