1965 – Mick Jagger, Brian Jones and Bill Wyman from The Rolling Stones were each fined £5 at East Ham Magistrates Court, London, after being found guilty of ‘insulting behaviour’ at a Romford Road service station. The three had all urinated against a wall after the service station attendant had refused them the use of the facilities. 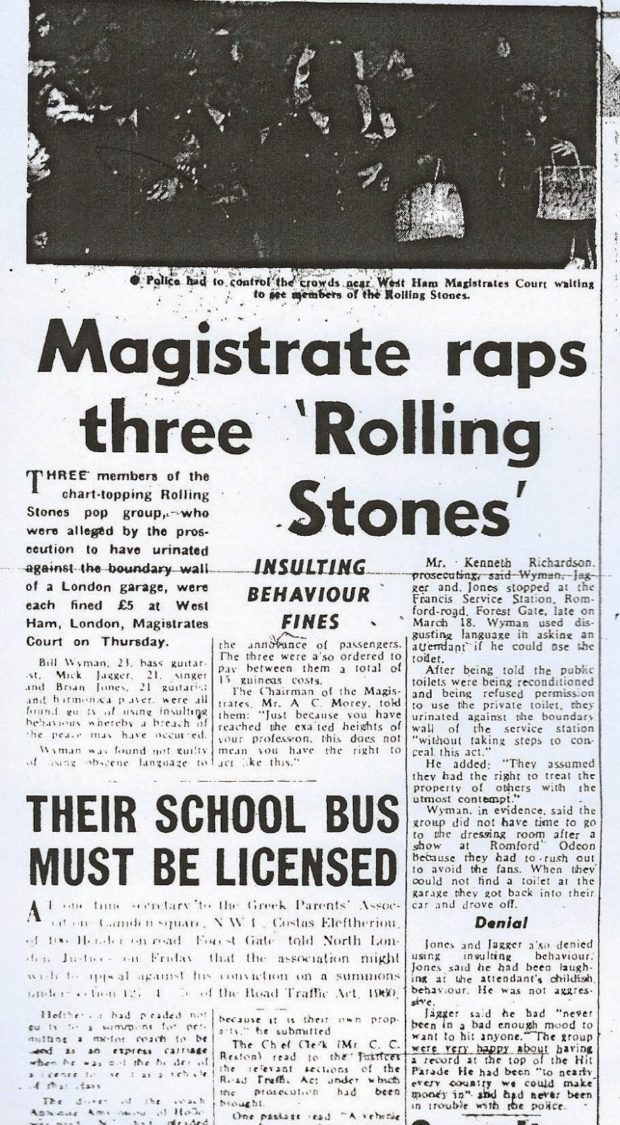 1969 – Aretha Franklin was arrested for causing a disturbance in a Detroit parking lot. After posting 50-dollars bail, she ran down a road sign while leaving the police station.

1979 – Little Richard now known as the Reverend Richard Pennman told his congregation about the evils of rock & roll music, declaring ‘If God can save an old homosexual like me, he can save anybody.’

2005 – Research by a car insurance company showed that listening to the wrong sort of music when driving can lead to aggression and distraction. Dr. Nicola Dibben a music psychologist said ‘singing while driving stimulates the mind.’ Songs recommended included Pulp’s ‘Disco 2000’ and ‘Hey Ya’ by Outcast, but the Dr said songs like The Prodigy’s ‘Firestarter’ should be avoided.

Floating Points | Kuiper
This is a wonderfully experimental odyssey of melodic hooks powerful dynamic presence all strung together in this amazingly cohesive work. Kuiper is a stand-out LP, extending the graceful work of Sam Shepard’s Elaenia.

Salem’s Pot | Pronounce This!
The shortest song on psych-spook Rock band, Salem’s Pot new album, Pronounce This!, is just shy of 4 minutes. That should give a pretty good indication of what listeners are in for. Reminiscent of recent King Gizzard and the Lizard Wizard but a bit slower and heavier. Wild deep grooves, heavy riffage, along with great thick sonics, and just enough space in the songs. The only diversion here is “So Gone, So Dead” which leans towards dark Country.

MSTRKRFT | Operator
It’s been a virtual eternity (in electronic music terms) since MSTRKRFTs 2009 outing Fist of God – and the scene now is separated by a cleavage of bands that are either progressive and genre bending or highly conservative and purist. Operator shows a group that has very little interest in with mainstream EDM trends which leads to MSTRKRFT taking risks by being, not so much of a glitzy, Vegas-party sound, but absolutely a Pop sound cut with a large dose of complete mayhem.