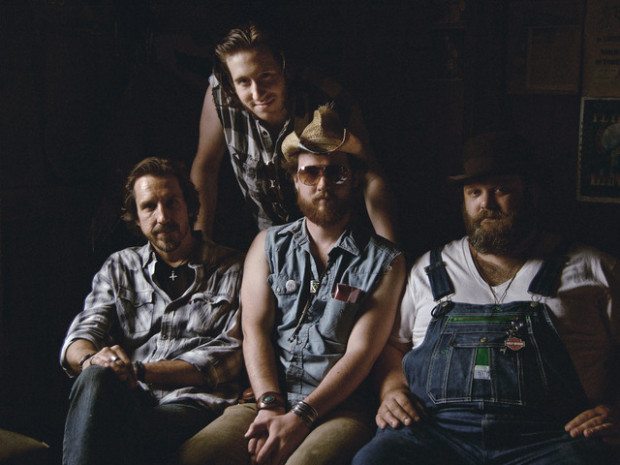 Straight out of the rolling hills of Sidney, NY, Rob Stachyra (guitar, vocals), Ed Gliha (bass, vocals), Dan “Bird-Dog” Dunham (drums, vocals), and bandleader Dan Hardy have developed a sound that they most perfectly call “Power-Twang”. A mix of southern rock, outlaw country, and down-home dirty blues, they match their personalities to their music and vice-versa.

I’ve known Dan Hardy (and the entire Hardy family) for about 7 or 8 years now, but you don’t need to know these people for more than 5 minutes to understand their welcoming nature and their absolute love for American music. When I traveled down to Scio, NY to celebrate their mother’s birthday, Dan naturally made an appearance and we promptly began drinking heavily.
Then began the stories: playing a bar in Brooklyn between 2 other folk-rock acts and having the headliner come up to them sheepishly and ask them how often they rehearse, hearing of how often Ed is forced onto a bar-chair in order to finish the set, to hear the stories of their engineer/producer (who’s name was lost in the second liter of Jack Daniels) and the stories he has from his days with Phish.

This band lives, eats, and bleeds each note they play and even though the stage persona may be a little bit of a act, the music that results is absolutely from the heart.

These guys were born with it, and I don’t think they’d be able to do anything else even if they tried.