L.A. Salami (Lookman Adekunle Salami) is a singer-songwriter from London, England known for crafting magnetic blues-rock songs with a postmodern twist. He has unveiled a new track that speaks on the hot topic of terrorism.

Music has long been used as a voice in political resistance and social movements to bring awareness, change and hope. Bob Dylan and John Lennon are probably two of the most prominent writers of this genre, although there is a long list of musicians. When the 1960s Civil Rights Movement started, Aretha Franklin took to the streets with protesters demanding “Respect,” and the song became a feminist and civil rights anthem. While Buffy St. Marie’s “Universal Soldier” painted a more graphic picture of war.

Lately, we are seeing a resurgence of musicians using their voice to tackle difficult subject matters  affecting this generation. Most notably, Eminem made shock-waves globally with his anti-Trump cypher at the 2017 BET Hip-Hop Awards.

Whether or not you agree with the lyrical content, music is a powerful form of expression that leaves a mark on history for generations to come.

Watch the animated video for “Terrorism! (The ISIS Crisis)” 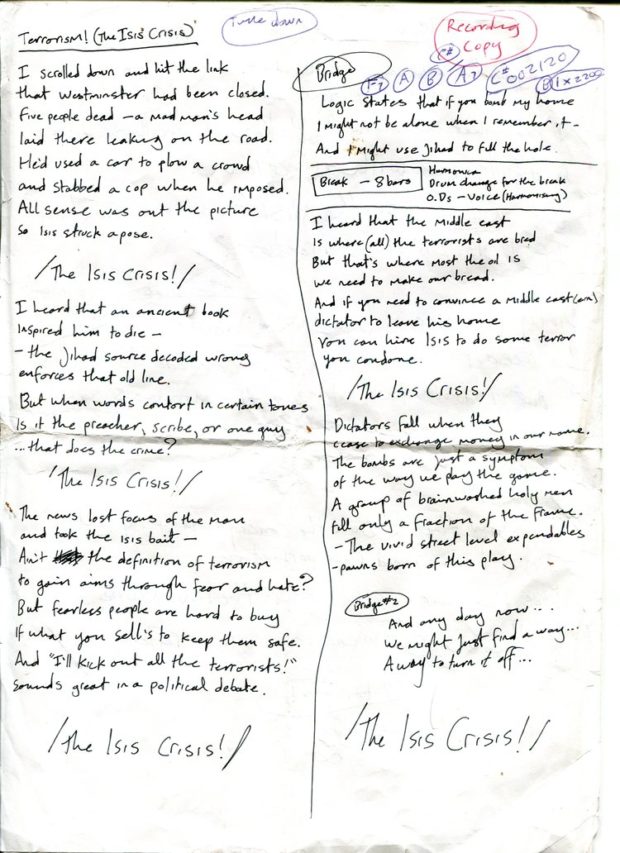