The hidden Treasure of folk rock 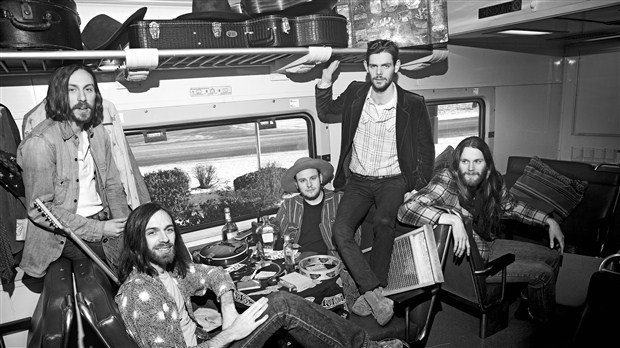 How else would one hone the sound that The Treasures have so aptly done on their 2013 release, ‘Bring the Night Home’? Constant gigging seems to be the only answer for this Toronto 5 piece. There is really no other way.

Their album, which has been released through Universal Distribution, for a global audience, has brought these country rockers enough success, over the past few months, to hit the road on a cross-Canada tour. Anybody who has attempted this feat before can certainly attest to the difficulty of pleasing crowds from Halifax to Vancouver, but The Treasures to do it with ease.

After forming in 2009, with a shared love of CSNY, Flying Burrito Brothers, The Band, Wilco, and the Grateful Dead, The Treasures started hitting the classic folk spots in and around the GTA: The Dakota, The Cameron House, The Drake Hotel and Lee’s Palace.

It’s hard for these guys not to glean a comparison to another roots/rock/country band who, after their meteoric rise in 2010, found themselves on the cover of Rolling Stone magazine – The Sheepdogs. Both of their sounds rely on similar influences and The Treasures will likely share a similar level of success once they make the jump south of the border. It’s really only a matter of time.

I stated this a few months ago when I wrote about the Rucksack Willies, it probably won’t be the last that I do either, but the way that country-folk rock has permeated into mainstream Canadian culture is undeniable. The Treasures, although very much a product of this, do not limit themselves to this title. With an open minded approach The Treasures, prior to recording their 2013 disc, took a pilgrimage to Nashville to find that “Nashville sound” – clean, classic and refined. However, after doing their research and figuring out the intimate details of the country music industry, they respectfully declined. Instead, they realized that what they were looking for was the raw unadulterated sound that could only be found, a few hours away from home, on the shores of Lake Ontario, in the legendary Bathouse studio.

As much as their album truly reflects the journey to find their sound, having the privilege of seeing this band live is something that no fan of creative, expressive, and high energy music should miss. No two shows are ever alike – I’ve personally had the privilege to see these guys play multiple times and I will, more than gladly, see them again.

I look forward to watching this band grow and move forward. The next few years in their development will show what everybody in Toronto already knows: these guys are monsters.