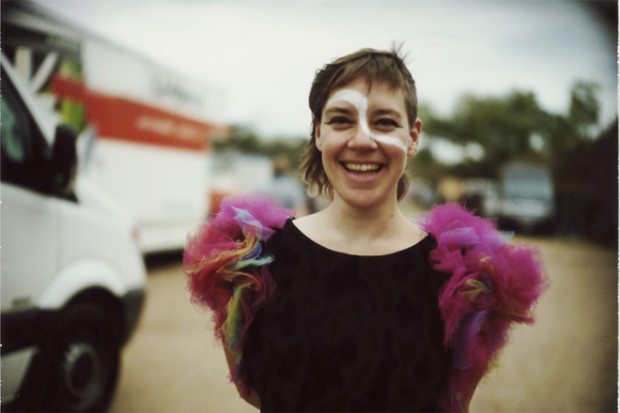 When I saw this band for the first time I was admittedly trying to impress a girl. I was living above an indie movie store and really didn’t have much to offer anyone except for my ability to read what kind of show I felt they’d like to see. So off we went to Lee’s Palace on a Wednesday night to see Merril Garbus, her loop pedals, and backing band – also known as tUnE-yArDs.

The girl wasn’t into it, she ended up leaving before the last song of the night (I ended up having to revisit how I read people), and I stayed. This performance, to me, was absolutely stunning. Somehow Garbus has this quality to her voice that invokes the feeling of a gospel singer yelling at the preacher. Her amazing support and creativity when it comes to her ability to seamlessly loop these sounds live, on stage, is impressive to say the least.

I saw this show in 2011 – it wasn’t her first foray into the music scene, but that year’s release Whokill was the first that caught the ear of those outside of her native New England and the venues she was performing at represented this. Lee’s Palace was packed that night, sure, but this time around, when tUnE-yArDs returns to Toronto in support of her upcoming album Nikki Nack,she will be playing Massey Hall: arguably one of Toronto’s most prestigious venues. This venue with it’s theater seating, a captivating atmosphere, and warm acoustics is much more inviting to someone whom explores the limits of their sound than a grimy and slimy concert venue that hasn’t seen a mop in decades.

With these upgraded venues tUnE-yArDs have turned a corner when it comes to critical acclaim and general accessibility and maybe next time the girl I take to see her play will actually be excited to go.

Here’s the mega-mix tUnE-yArDs released to promote the new record:

…and a few favorites for good measure.