TRACK REVIEW | “We Will Always Love You” (Feat. Blood Orange) – The Avalanches

Through the magic of sampling, Smokey Robinson duets with Blood Orange and The Roches in the newest single from plunderphonics titans The Avalanches March 3, 2020

Last week, legendary plunderphonics duo The Avalanches released their first new song in 4 years “We Will Always Love You”, which also came with a message to their fans and a new album announcement. 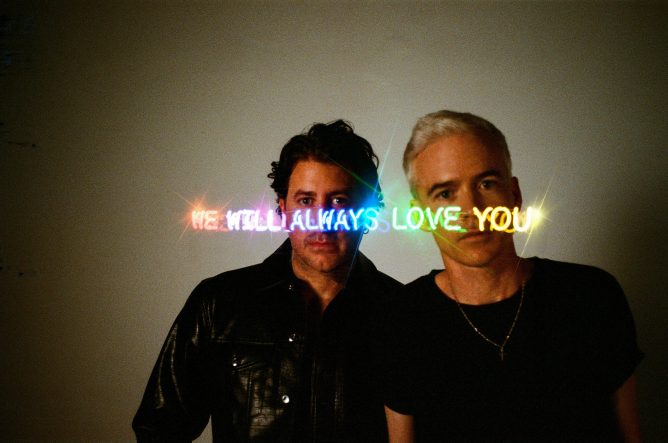 The Avalanches are well known for creating dense musical soundscapes out of a heap of both well-known and obscure samples. Their debut album, Since I Left You released in 2001, was a massive hit – influential for fans and electronic artists alike. Since I Left You was also notable for popularizing the experimental genre of plunderphonics. Plunderphonics, coined and created by composer John Oswald in 1985, is defined as “music made by taking one or more existing audio recordings and altering them in some way to make a new composition”. In Oswald’s essay Plunderphonics, or Audio Piracy as a Compositional Prerogative, Oswald states that this is music in which “the record player becomes a musical instrument”. Since I Left You was the embodiment of meta musical cut and stitch, as the band combed through the deepest recesses of vinyl store bargain bins, 1950s public service announcements and even early Canadian comedy recordings by Wayne and Shuster to create something entirely new. The group maintains that they used over 3,500 samples to create the record. Since I Left You is a relentless barrage of butter note samples where there is such a juxtaposition of different sounds that it’s hard to tell what’s around the corner. For an introduction, check out the song below – “Stay Another Season”. It samples the guitar work on Madonna’s “Holiday”, a vocal sample from 1950s Peruvian singer Yma Sumac and Sinbad’s dialogue from an obscure and forgettable 1986 TV Movie called “Club Med”:

“Stay Another Season” – The Avalanches

To say The Avalanches are perfectionists would be an understatement. Their sound collages are painstakingly and meticulously crafted – from the point of finding prospective sounds, to sorting through the collection and turning them into a cohesive whole. According to half of the duo, Robbie Chater, they also obsess over the most minute of details. For example, Chater recalled for The Guardian how long they spent not only looking for a sample of a dog barking, but the right sound of a dog barking. They also shared how in the process of creating the follow up to Since I Left You throughout the 2000s – they were conjoined to a recording process from the 1990s. The other half of the duo, Tony Di Blasi, stated that thousands of samples were stored on a defunct program called “StudioVision” – to which the only copy they owned was permanently stuck on an old, heavy beige Mac computer. Di Blasi recalls wrapping this technological relic in blankets and towels and carrying it from studio to studio. Ancient computers, dog bark obsessions, rampant perfectionism and a host of personal issues led to the follow up to Since I Left You entitled Wildflower getting released 16 years after its predecessor – in 2016. This album was unique for the Avalanches because besides having similar flourishing sample soundscapes to their initial release, the album also featured guest vocals by the likes of Toro Y Moi, Father John Misty and even Danny Brown rapping over a calypso song about Frank Sinatra:

Now four years after Wildflower, Chater and Di Blasi have given us the track “We Will Always Love You”. It’s a blissful dreamscape of a track that’s as meticulously crafted as ever but didn’t take a decade to make, thankfully. The band released it with the following message:

The track begins with a sample of the 1969 Motown produced “I’ll Take You Any Way That You Come” by Smokey Robinson & The Miracles. This classic soul track is then spliced with the modern R&B vocals of Blood Orange’s Dev Hynes to a reverb heavy drum beat. The chorus is a sample of the Irish band The Roches’ “Hammond Song” released in 1979. A rich harmony sung by the three Roche sisters is combined with the vocals of Hynes and a cascading waterfall of arpeggio keys to create a dreamy, astral transmission experience that echoes the intention of The Avalanches Twitter post.

A release date for their third album has not been set yet but whatever wait The Avalanches may put us through will no doubt be worth it. The Avalanches are not just crafting music, they are crafting a universe where any genre mixture and collaboration is possible. And we will always love them for that.

Check out “We Will Always Love You” below: