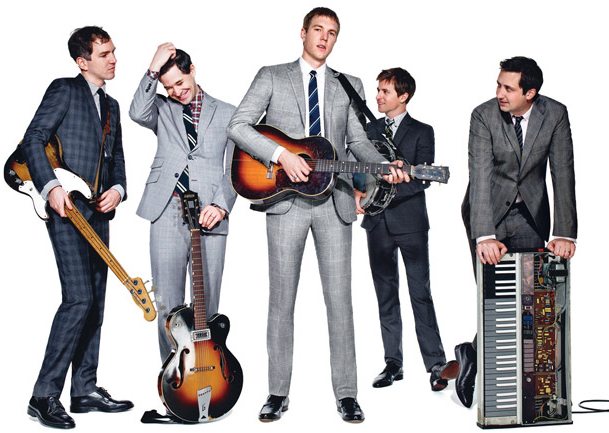 As is typical with any things you try to quit (smoking, drinking, coffee, that crazy significant other, too much pizza) it might take a few “relapses” in order to actually ditch the habit. It looks like The Walkmen, who advertised their final show in New York in December, have played another “final show” in New Orleans this week as a part of the NBA All-Star game festivities, and relapsed into the never-ending cycle of “reunion tours” and “final shows”.

However, let’s all give them the benefit of the doubt. These mid-’00’s alt-rockers who fit right in stylistically with the powerful likes of Franz Ferdinand, The Strokes, and The Shins have seen their career take a steady up-ward trend ever since their formation in 2000.

Although their ultimate influence on popular music will probably be decided in about a decade or so – when musical tastes and retrospectives look back on that weird time of the 2000’s – their messy hiatus status may do them good. By always teasing fans into the mindset of “maybe we’ll play another show” there is always something to look forward to.

That being said, check out the video of “…the end“.

…and for good measure – here are a few Walkmen favorites.

Download the The Walkmen to your MUSICBox On-Demand via the PCM Online Music Catalog by following this link.