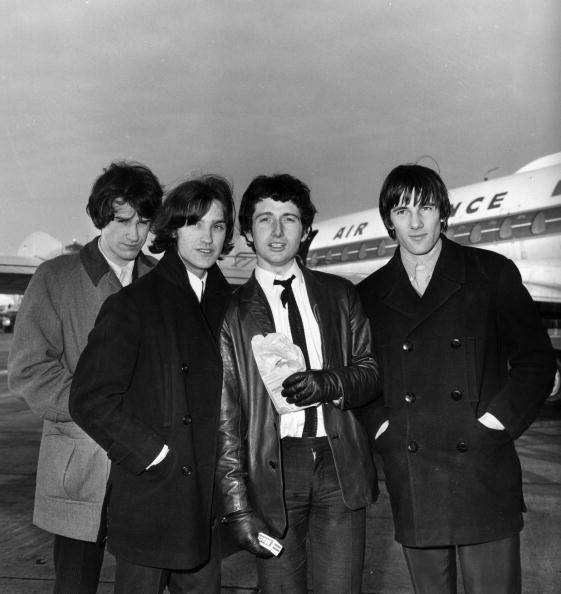 They had made it. The mod-rock group from Muswell Hill, London had crossed the pond with their smash hit ‘You Really Got Me’. Malts were flowing, groupies were abundant, and America was everything that Pete Quaife, Dave Davies, Ray Davies and Mick Avory could have ever wanted.

All they had to do was not screw this up.

Unfortunately for The Kinks, at the time they arrived in the US, the group was already in a really bad mood. At a warm up show in Wales earlier in the year, guitarist Dave Davies and drummer Mick Avory had gotten into a little bit of a scrap on-stage. It doesn’t really matter who started it (accounts vary), but the result was Davies lying face down, bleeding profusely from a head wound and Avory running off stage, out of the venue, and terrified because he was convinced that he had killed him. When they got to America they weren’t exactly on “speaking terms”. The band’s management was flabbergasted. How were they to control this act enough to get them through this tour? Feeling disengaged from the tour and each other, the band would either; cut their set short, get in a fist fight on-stage, or do an epic 45 minute rendition of “You Really Got Me”. It was anybody’s guess how each night would turn out.

Ray Davies, singer for the group, retrospectively called their first experience in America “character assassination, [a] plot to destroy us”. However, everyone from roadies to tour managers tell a story of general misbehavior wherever the band went. After punching a union official for claiming the British Invasion was a communist plot and skipping a show in Sacramento, the band played on a Dick Clark special for NBC without paying mandatory dues to the American Federation of Television and Recording Artists. That was the last straw; the Federation banned the Kinks from performing in the United States for a period of 4 years, 1965 – 1969. Although the Federation never actually gave a reason for this ban – it didn’t actually matter. The Kinks were out.

Coincidentally, just as The Kinks returned to the UK they started writing some of their most timeless and essential work. Sunny Afternoon, Waterloo Sunset, Death of a Clown, Autumn Almanac, among others gave The Kinks even more increased credibility in the UK, and almost gave them a sort of underground allure.

By the time Ray Davies went to Los Angeles in April of 1969 to help negotiate and end to the Federation’s ban, the group’s management was having a hell of a time finding promoters and audiences willing to buy tickets to their shows. This didn’t, however, stop them from playing underground venues such as the Fillmore East and Whiskey A Go Go.

1970 was a watershed year for the band. In addition to releasing arguably their best record, for the first time since 1965 the band had released a Top 10 hit. ‘Lola’, an account of a confused romantic encounter with a transvestite, brought The Kinks back into the US limelight for good and US audiences were glad to have them back.

For clients with access to our Online Music Catalog can browse and download The Kinks to their MUSICBox system by following this link.