The “Chirping” Crickets – The Only Buddy Holly Record 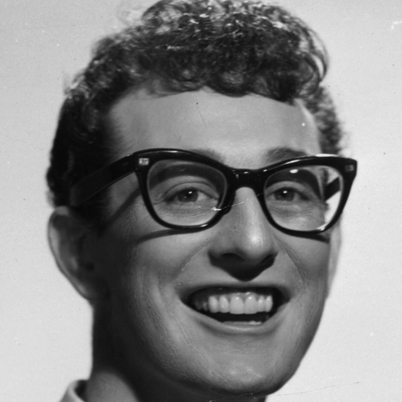 Even someone who is not necessarily versed in his legend understands Buddy Holly’s influence. His life has spawned tributes, movies, autobiographies, other bands, songs, and monuments among other wide-ranging accolades.

And for someone who is well versed in Holly’s legend, somehow the legend and mystery surrounding his death continues to grow. It was a revelation for me today to learn that Buddy Holly only ever released one (ONE!) album under his own name during his lifetime. The “Chirping” Crickets, released in 1957 under Brunswick Records, contains arguably 5 of the best rock & roll songs of the not only of the 1950’s, but possible of all time – “That’ll Be The Day”, “Oh, Boy!”, “Not Fade Away”, and “I’m Looking For Someone to Love” all contributed to the influence that still resonates to this day. Lennon/McCartney, Little Richard, Chuck Berry, Bo Diddley, Bob Dylan, Bobby Vee, Bruce Springsteen – all of these very successful artists, songwriters, and performers have cited, at one time or another, Buddy Holly and this album  as a “primary influence” on their own musical growth and careers.

The simplicity of his work, in retrospect, seems almost campy. But at the time, combining roots and rockabilly, country, and blues music crossed an invisible, yet very real, racial divide in America. Holly’s music, in conjunction with the explosion of Elvis’ hips created rock & roll in America by making rock & roll much more marketable and popular with a white audience.

56 years on from what was Buddy Holly’s only non-posthumous release we still see the classic two guitars, one bass, one drummer set up in bars and garages all across the globe. Just as Bill Evans set the standard for the jazz trio, Buddy Holly set the standard for a rock band. Unfortunately, The “Chirping” Crickets turned out to be the only “living” proof of this.

Download Buddy Holly to your MUSICBox system through on Online Music Catalog by following this link.

If you don’t yet have access to our Online Music Catalog contact our Tech Support department at support@rxmusic.com