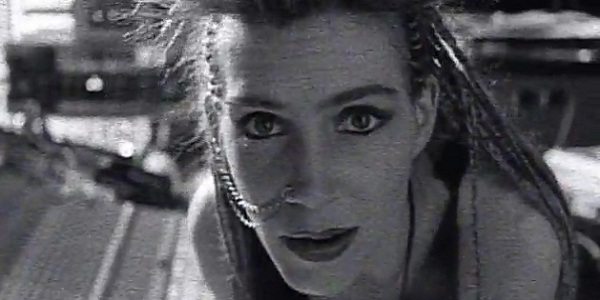 There is absolutely no reason for this. It is completely out of context with anything else that is going on with my life right now and I should probably just move on and listen to something else. But I can’t – it’s my musical obsession, and I just can’t stop listening to this song on repeat.

Apparently I’m actually crazy, too! The US National Library of Medicine, National Institutes of Health has a section and a case study on “Musical Obsession” classifying it as a form of obsessive-compulsive disorder.

The case report – although focused on a composer who wrote his own stuff – apparently also applies to melodies not of your own making. Regardless, it’s absolutely fascinating:

“A 30-year-old person, married, with a strong inclination to music composing and song writing besides singing most of them himself started to develop intrusive memories of songs that he had composed, and the tunes would keep coming to his mind even when he was resting. He started to become increasingly more anxious when these thoughts became associated with recurrent images of him either humming a new or an old tune. He would keep thinking of the various instruments that he would play to accompany the lyrics and would not be satisfied with any of these thoughts. He realized over the next few months that he was unable to concentrate at his work and knew that these thoughts and images were of his own making. He would experience various songs of melodies that would repeatedly and uncontrollably run through his mind. Certain musical passages were more troublesome than others; these included songs from old and new films or the songs that he had written himself. He recognized his preoccupation with these melodies to be his own thoughts, he found them intrusive and profoundly anxiety provoking. He realized that the experiences were unusual, and possibly not normal, and made attempts to resist them, usually with little success. The characteristics of these unusual preoccupations fulfilled clinical criteria for obsessions. He reported the experience of obsessive verses, in which various lines of poetry or song tunes composed would keep repeatedly running through his mind. He also developed obsessive thoughts of repeated checking, correcting, and maintenance of symmetry compulsions. He did not have a mood disorder.

The symptom and distress would reduce on yielding to compulsions, and the musical obsessions would spontaneously disappear for about 30 minutes after onset, generally in response to some distraction. He was successful in distracting himself by deliberately focusing his attention on other melodies. There was no past, personal, or family history of relevance. There was no history indicative of substance abuse or organicity. He finally came for treatment after being symptomatic for 4 years. He was managed with Tab fluvoxamine 200 mg/day, cap fluoxetine 60 mg OD, and tab lithium 900 mg/day, latter being used as augmentation. He was provided with individual psychotherapy, exposure prevention therapy, and systematic desensitization. He showed subjective response after 4 weeks of therapy, and at the end of 8 weeks, there was significant fall in score on the Yale Brown Obsessive Compulsive Scale. He was followed up over the next 6 months, and he showed near remission of symptoms.”

So there’s that… I guess if left unchecked I could end up going into a frenzied anxious state until I check myself into a “facility”. Actually, probably not, this case is extremely rare, but it’s really interesting to read that simple melodies can cause such psychological issues.