Coming off a long weekend, here's a duet with Angel Olson, a heavy ballad from Allison Russell and a new EP of unreleased tracks from The Tragically Hip - all on RXCOMMENDS! May 25, 2021 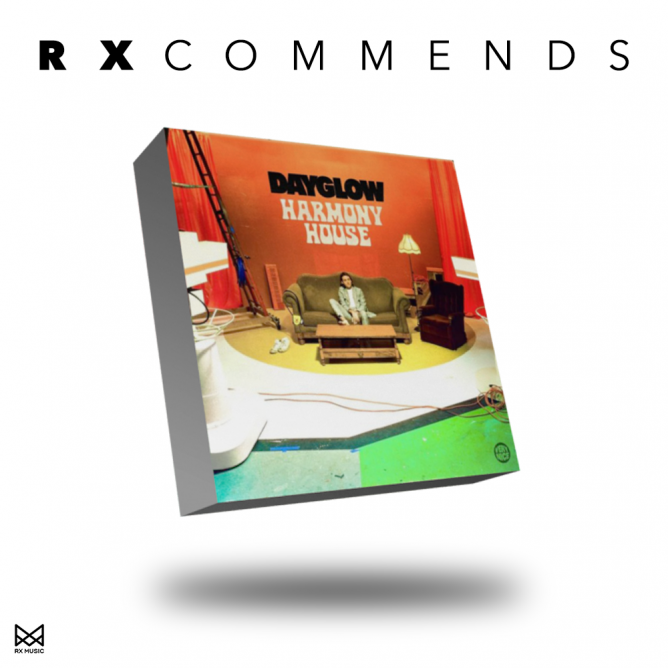 After years of working with various and celebrated bands like Po Girl, Birds of Chicago and Our Native Daughters, singer, multi-instrumentalist, and sometime poet Allison Russell has released her first solo album, and it is a powerhouse. Outside Child is a beautiful tapestry of hardships and joys woven together by Russell’s diverse musical influences – roots, folk, blues and even some country (not of the Zac Brown variety).

“4th Day Prayer” tells the story of Russell as a child, escaping a cycle of violence in the streets of her hometown in Montreal, eventually breaking through to “the day we’re standing in the sun”. A hypnotic, driving groove lets her play with the melody over the verse and then anchors a chorus that borders on anthemic. Her syrupy voice prowls in the shadows, giving way to an insistent and well-earned joy.

Like sunshine streaming through narrow windows, let this one permeate and lift you up.

“Crying on the Dancefloor” – Dayglow
By: Michael Primiani

This 1980s inspired synth pop mellow moment is brought to you by Sloan Struble AKA Dayglow’s new album Harmony House. It will surely add a shimmering “glow” to any space. Shaker-in-hand drums echo bands like Toto while the backing smooth electric guitar reminds me of a slower Billy Idol song. If the lyrics about a club night or high school Prom gone wrong begin to remind you of that time that bullies dropped pig entrails on you and then you flipped their car over with your mind– the sax solo will surely lift you back up!

“Show Me” – Orgone
By: Lindsay Bell

“Show Me” is the smooth R&B goodness we need for early morning coffee and relaxed park days. It mixes funk sensibilities with soulful melodies that will have you blissfully strolling throughout the day.

“Like I Used To” – Sharon Van Etten & Angel Olsen
By: Jamie Gemuend

Sharon Van Etten and Angel Olsen have come together to release a new song “Like I Used To”. Produced by John Congleton who has already collaborated with both artists, it seems to take the best of both singers and throw in some Stevie Nicks vibes for a mix-tape worthy cruiser.

This song makes me think of driving down a dirt country road with the sun shining and my hair blowin’ in the wind…on my way to a peaceful and tranquil destination leaving all my worries behind – long-weekend style. To achieve that feeling during Happy Hour on your patio, throw this one on.

If I was writing this 5 years ago, the thought of a new Tragically Hip EP to kick start the Victoria Day long weekend here in Toronto would have me ecstatic. There’s nothing like a pint of beer (domestic lager or an Ontario craft brew) on a patio or in a restaurant with the windows rolled open while hearing the twang of Rob Baker’s guitar meets the unmistakable timber of Gord Downie’s iconic voice. Tragically Hip’s music is our cultural soundtrack to our cold winters but also our sun kissed summers.

But the strange thing is – it’s not five years ago. It’s 2021. Gord Downie passed away almost four years ago. In Ontario, our patios are not yet open as we work to overcome the last bit of the pandemic. Yet, we have “new” Tragically Hip music. The EP that came out on Friday, Saskadelphia, consists of mostly unreleased tracks from the Road Apples album session back in 1990 – the band’s second album. “Ouch” ranks as one of the loudest Tragically Hip songs I’ve heard. Palm muted, heavily distorted guitars are bolstered by Gord Downie’s wailing screams. The entire track has a nitty, gritty Blues element to it that makes it a perfect track for the scorching summer sun. As the first posthumous release from the band since Gord’s passing – yeah, it’s strange to hear new Tragically Hip material at such a strange time. However, in one of Gord’s last interviews with CBC’s Peter Mansbridge back in October of 2016 – he stated that there’s enough unreleased Tragically Hip material “for up to four records” and encouraged its eventual release.

With Gord on board, I guess all that’s left to do is embrace the strangeness of this all, pick up some beers from a local brewery, order take out from your favorite restaurant, crank this EP up, Zoom Facetime Discord Skype your friends and raise your glass to the better days that were and the better days which shall be – with our national soundtrack playing on and on…

(Along with this EP, we also got two Maple Leaf wins over the Habs with this EP playing between whistles for both games! – Editor)