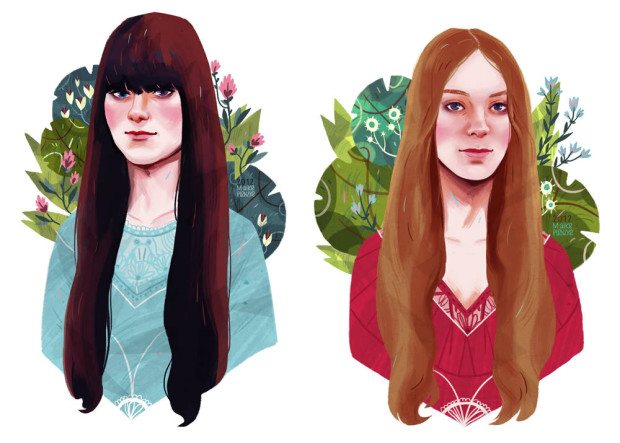 After a week of soul and R&B/soul records dropping to limited exposure, we’ve got a few pretty big records out this week that are claiming rave-reviews from music fans and critics alike. Let’s take a look at what they are, shall we?

It seems like this one had been ‘on the way’ for almost a year. Although White has been in the news recently for good and bad reasons, and therefore gets snared in the trap of celebrity – this album shows White at his most vulnerable. White’s 2012 release Blunderbuss, although good, was very much a commercial release, Lazaretto seems to have a deeper meaning and sound. Oh yeah, and there’s still a few songs on the record that sound like vintage Jack White… the title track being one of them.

Teaming up again with producer Mike Mogis, utilizing the folk-psych sound that given them such success last time around, the sisters of First Aid Kit have again made another folk masterpiece that is certain to be remembered across high-school coffee houses, bug littered picnic blankets, scotch-fueled pass-the-guitar-sessions, and summer camp fire circles for years to come. There’s nothing out of place on this record. Everything is exactly where it should be. It is an older, wiser, and more mature record, and if it doesn’t take these Swedes to the next level of recognition than nothing will.

This one… oh boy… if noise rock and hip-hop were combined to create a genre of it’s own, than this would the alter that all other albums following would worship at. For some reason, and I can’t really discern why comment sections on blogs, websites, articles, etc.. are going ape over this record. You’d think a record that ultimately is nothing more than electronic noise rock underneath (admittedly) very good flow would just fly over the head of the average internet-commentator. I guess I was wrong. This record is awash in 808’s that sound like jets flying overhead, death-metal distortion, and incredibly executed double-time lyrics that make the listener play back the verse a few times to make sure he got all those in. This record is anything but subtle and is completely riveting – even if you’re not a fan of hip-hop this is a must hear.