1957 Elvis Presley appeared at Schofield Barracks, Hawaii, this was Presley’s last concert of the 50’s. Presley served in the United States Army between March 1958 and March 1960 and at the time of his draft he was one of the most well-known names in the world of entertainment. 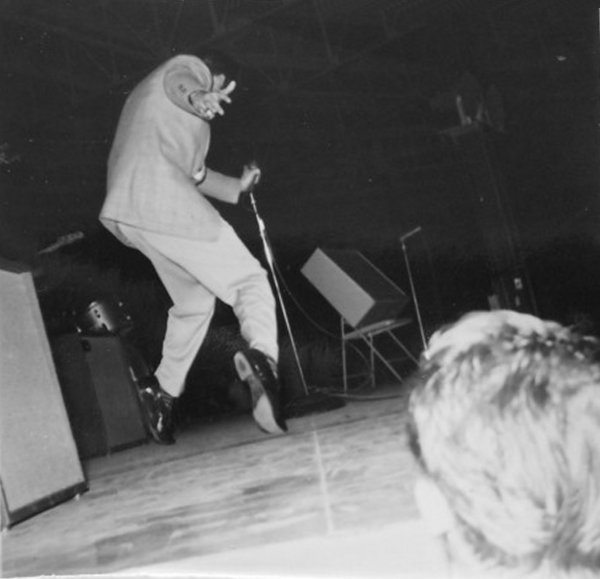 1973 Thirty US radio stations broadcasted a ‘live’ Mott The Hoople concert. In reality it was the band recorded in the studio with the applause dubbed in.

1978 Donna Summer started a three week run at No.1 on the US singles chart with her version of Jimmy Webb’s ‘MacArther Park’, also a hit for actor Richard Harris in 1968, (made No.5 in the UK). Also on this day Summer went to No.1 on the US album chart with ‘Live And More’.

1983 Mick Jagger appeared on the UK TV show The Tube to defend the video to The Rolling Stones latest single “Undercover Of The Nightwhich” had been banned by the Independent Broadcasting Authority. The Tube aired the video, minus the scene where Mick was shot through the head. The single peaked at No.8 on the UK chart

Sleigh Bells | Jessica Rabbit
The theory that music always seems to get a little better under oppression (see: President Trump) may see it’s first proof in a few years. Sleigh Bells have released an absolutely awesome feminist-punk record. I hope this is the first of many punk-revival records due in the next 3-4 years (again, see: President Trump). This is not a perfect record – it has a tendancy to lack a pace and focus, a large emotional scope, and sounds little too much like a Rob Zombie throwback at times – but it’s screaming, random maximalism combined with a newfound sense of melody is fun as hell.

Tribe Called Quest | We got it from Here… Thank You 4 Your service
Hypothetical question: if 2 Live Crew found a way to release new music, do you think it would be good? Does it really have a chance? How about Cyprus Hill? Probably not, right? Okay, take that and completely reverse it – Tribe Called Quest may have just released one of their best records. Unfortunately, it’s their last. A double-sided affair which features Kanye West, Andre 3000, Jack White, Anderson .Paak and Kendrick Lamar among others not merely memorializes Phife Dawg with a great vocal performance from the late rapper, but combines timeless and modern production techniques so incredibly well that it’s almost as if Tribe never stopped in the first place.

Sting | 57th & 9th
When Sting released the up-tempo, “I Can’t Stop Thinking about You” from his new album back in August, fans got excited as it sounded like a return to his days in the Police. Now 13 years after his last proper “rock album”, Sting’s twelfth solo album reveals itself to have good intentions though ultimately it’s unable to live up to any promising expectations that lead-off single may have instilled. The rest of the 10-track album is in much more subdued middle of the road territory (minus the album’s other lone rock jam, the punchy “Petrol Head”). Overall a let-down of a release from an aging talented musician who clearly still has a little kick left in him.