“I wanna thank you guys for coming to watch us crash and burn,” teases PUP frontman Stefan Babcock, in his trademark sardonic, yet earnest tone.

It’s a rainy, Wednesday night at Toronto’s freshly reopened El Mocambo. Its March 23rd 2022 and indoor mask mandates were lifted earlier this week for all of Ontario. For a lot of people this is probably their first live show experience in well—a while.

The politics and despondency surrounding the province’s outrageously long lockdown seems like pouring gasoline on peoples’ excitement to be back in the mosh pit together, sweaty and shouting liquid catharsis like “We’ve had some dark days, we’re in the thick of it now…” (“Dark Days,” 2013). The symbolism of a hometown show is typically never lost on a band and that might be the most romantic thing about the punk band PUP.

The El Mocambo is sleek and storied– reminiscent of a swanky recording studio, with its interior peppered with lyrics and photographs of its superstar rock ‘n’ roll roster of the past etched on the walls. If you’re a music fan in the city or your parents resided in downtown Toronto in the late 1970’s or 1980’s, chances are you’ve heard of the renowned venue from its 2021 reopening announcement. With indoor capacity restrictions now over, the city is back to life and people are ready to return to live music. 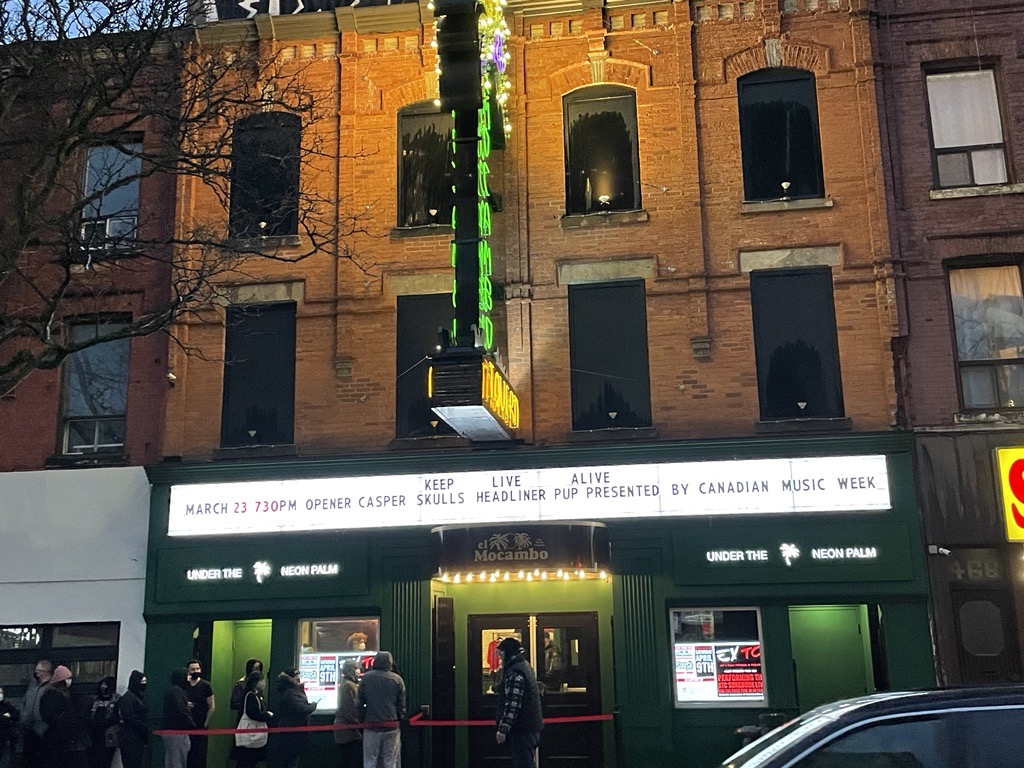 The past little while has sucked and PUP wants you to mosh all the bad feelings away. So what better way to rid yourself of all your demons post lockdown, than to toss yourself into the pit of the first punk show since all COVID mandates have been lifted. You can’t make up that kind of novelty, so let music serve as the purgative language we’ve all needed since. Despite the universal fatigue of these ‘unprecedented times,’ the apparent energy and necessity of the live show experience is alive and well with both fists poised in the air. 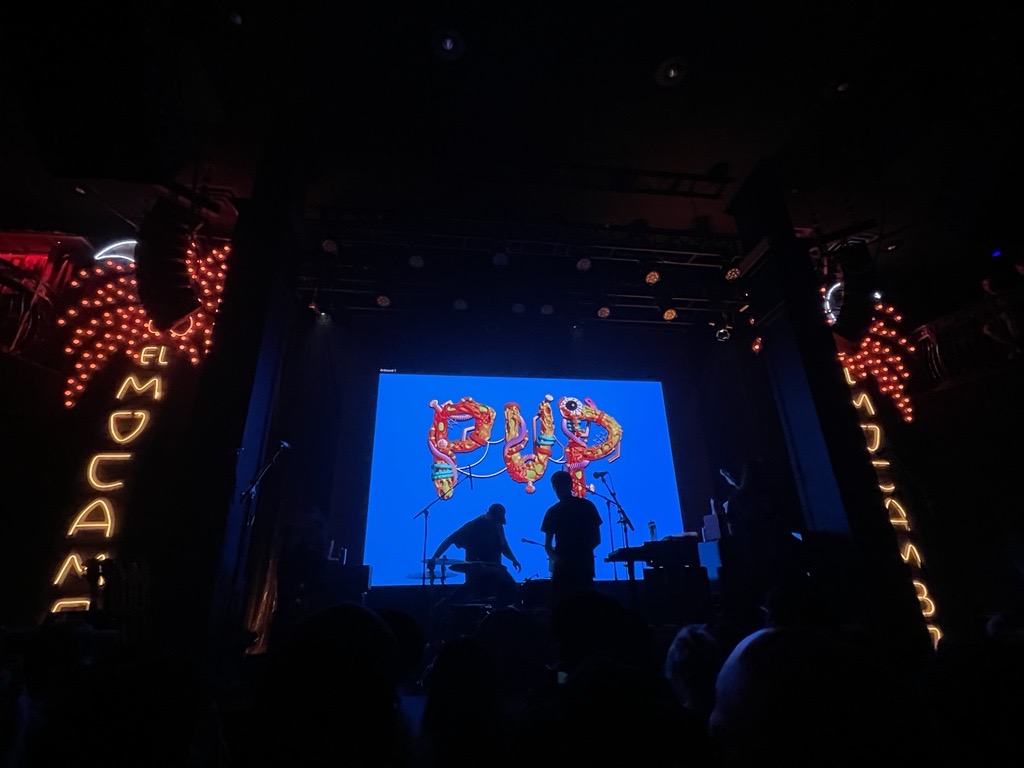 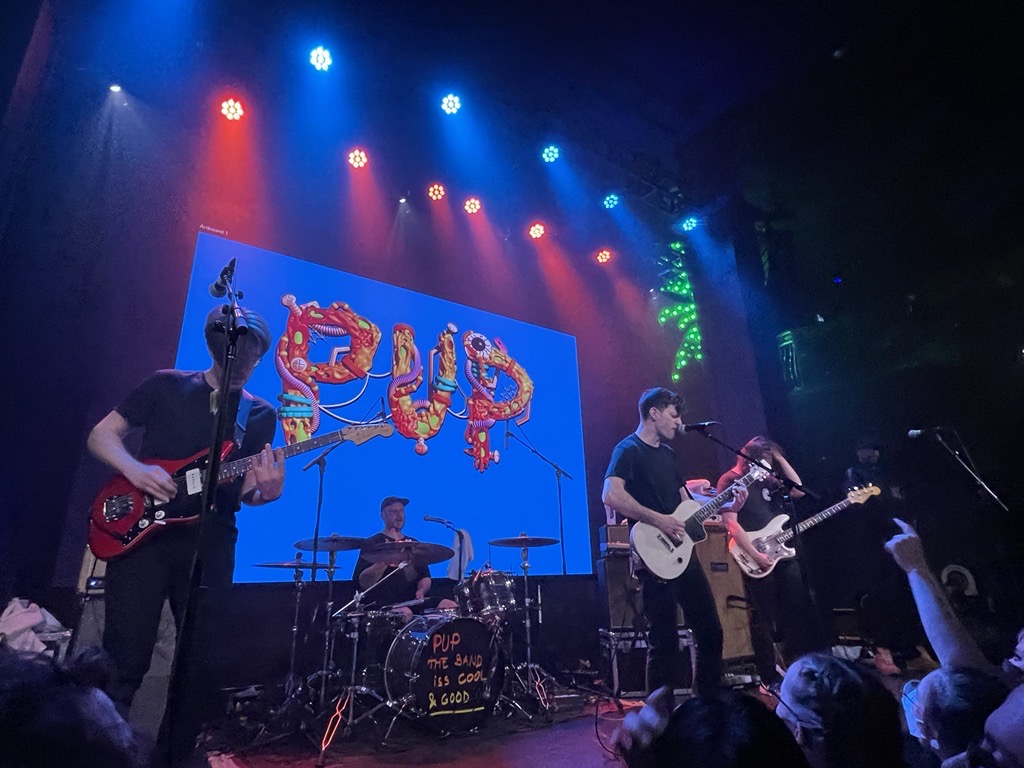 The trademark dark humour of PUP’s discography– citing the trials and tribulations of mental health, heartbreak, substance abuse and general disdain is precisely what helped them garner their fiercely loyal fanbase. Pulling from various track favourites, each era of PUP was represented. Crowdsurfers weaved in and above eyelevel as a throbbing crowd screeched, “I’m driving fast to get away. Doing 180 on the Don! Valley! Parkway!” “DVP” is just one of the Toronto-centric easter eggs, from their 2016 sophomore record The Dream is Over. They embody the coming-of-age anthems you needed or maybe the older sibling CD collection you always wanted to steal from to feel cool.

The band’s candor and playful banter between mics remains the same, with Babcock even admitting to performance anxiety due to not having toured in two years. However, as the menacing intro chords of mosh banger “Reservoir” (2013) rang out, there was a paradigm shift, crafting a perfect chaos. Any trace of nerves had dissipated and with every second it was evident that PUP playing this track felt like home. Diehards can attest– this bullet of a song arguably put PUP on the map in early gigging.

In a self-proclaimed encore, the upcoming record was honoured, as they closed the show with new singalong favourite “Matilda” and “Totally Fine.” Delivering once again, a show that proves PUP’s affinity for screaming dark truths over barreling guitars that cut just deep enough that you keep coming back for more. What better opportunity to smash triumphantly through a two year-long tour drought, than to christen the stage in the city they call home.