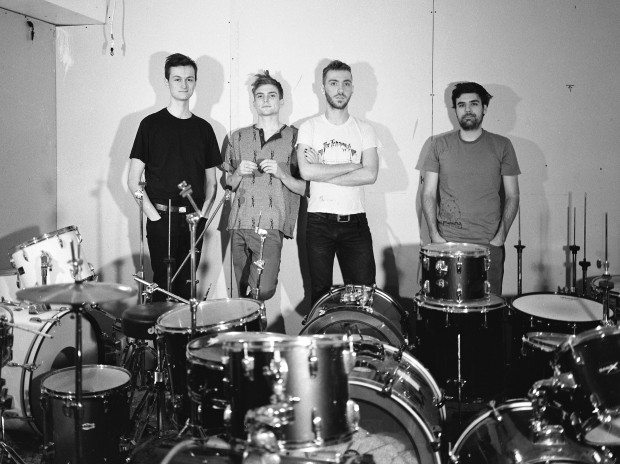 The songs seem to develop out of one note; one plucked string, one scream, one strummed anti-chord – but by the time we’ve reached the 30 second mark, we realize we’re listening to a composition, a post-punk, anxious, dislocated record that can cause the listener to thrash about or sit silently in melancholy, sometimes all in the exact same song.

Regarding the title of this post – yeah, I know Art-Punk is already a thing. Godspeed! You Black Emperor has been doing it for years, but I haven’t heard an art-punk record this good for a long time. The Montreal based imports via the US, Ought, have released a record, More Than Any Other Day, that on the first listen seems so mature, so well defined that you’d expect them to have been honing their sound for ages. That’s not the case – they essentially met during the “Maple Spring” protests of 2012, when legislation by the Quebec government threatened to increase tuition by 75 percent, thousands of students walked out of their classrooms and into the streets in mass protest. This was when the band ultimately became “a band”, and developed the proud, musical form of protest.

It’s easy to hear the abandon and anarchist ideals in this album through the song construction, delivery, arrangements, and lyrical content.

This video does not do this act justice (some more fine video work from the Montreal Gazette…) but this band is absolutely worth your full attention.