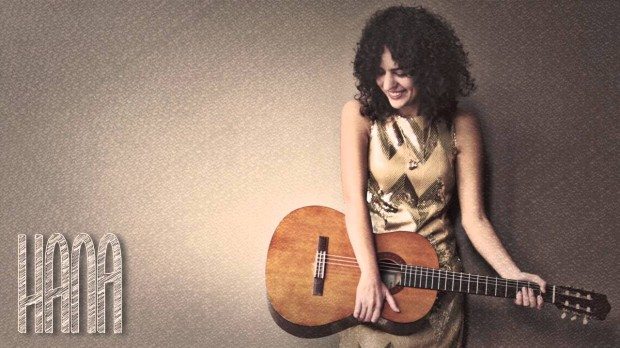 When listening to the dignified song-writing and sweet yet powerful voice of Hana Bajric you’d think that this is an industry pro that, after selling her songs to indie princesses, has finally called her own number and took a shot at performing her own tunes.

“I’ve only been doing this for about a year now…” I nearly dropped the receiver when Hana told me this when we spoke on an early morning in early May; I couldn’t believe it.

Of course, this was a bit of a misleading statement, after a little more prodding I learned that she had been a member of the Canadian Children’s Opera Chorus until her early teens.

“I’d thought I’d lost that ability; I didn’t think I could do it anymore”.

The passion was clearly there. Having attended Carleton for film and musicology she ended up meeting a good friend from Ireland who had a guitar and given the opportunity she found that she could actually still sing! Now it was a matter of getting back on stage: this friend (who still remains nameless) entered Hana, half against her will, into a 6 week competition which she won and ended up sending her to Cuba as a prize and then onto France for about a year.

In France, Hana was opened up to chanson and in addition to her childhood love of poetry; she began to open up her horizons to new music.

Fast-forward to about 2 ½ years ago and she’s playing a Janis Joplin cover for her family in their living room and finally realizing that she needs to write her own stuff, “…it’s hard to play other people’s songs if I don’t really feel the words; I can’t fake feeling”.

So with the help of her guitar player Vanja she ended up at Howl Studio cutting her first EP which she released last year and *finally* back on-stage hitting coffee shops and cafes, most notably at the Free Times Café last February.

Now with a ton of support from the community around her the sky is the limit. After releasing the two singles “Girl I Used To Be” and “This Is” as well as a few accompanying videos Hana is continuing to build her musical journey on, sort of, the seat of her pants.

“Everything last year off the cuff. This year is going to go a little more strategically”.

With help from Factor a full length EP is on the way and Hana expects to be prepared. “…something’s going to happen, I just love doing this”.