Lousy with Sylvianbriar – The most engaging, political, artistic and ground-breaking Indie Record of the Year 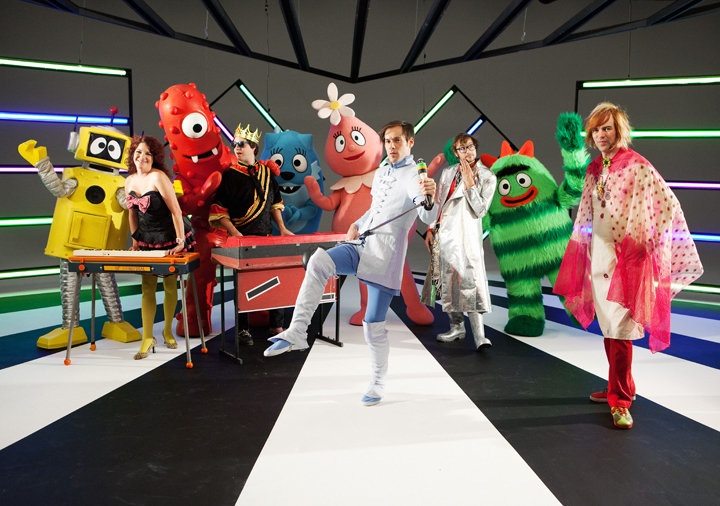 It’s really hard to pinpoint a best of Montreal record because they’ve been through so many different genres since their 1997 debut ‘Cherry Peel’.

That was until their 2013 release; ‘Lousy with Sylvianbriar’.

Naturally, as with every of Montreal record, this one shows little comparison to the one preceding it. After exploring everything from funk, rock, folk, and psychedelic chill-out electronica, lead songwriter Kevin Barnes locked himself away in a San Francisco apartment and wrote what could be of Montreal’s magus opus.

This album, which carries on traditions from Bob Dylan, The Beatles, The Beach Boys, Pink Floyd, and more recently from acts such as Death Cab for Cutie, is one of the only true Rock concept albums of 2013. ‘Lousy With Sylvianbriar’ combines dark and sadistic imagery with lyrics like “they’re letting children get blown up in their schools today / so they can get them back to their factories” and light, happy acoustic rock.

This contrast challenges the listener to explore what exactly they like about music today, which might be why ‘Lousy with Sylvianbriar’ hits so hard on the first (and subsequent) listens. Very rarely does light, artistic Indie Rock ever expose vocals so clearly that the words, phrases, and imagery being expressed are easily understandable. Much of what is released today is covered up with reverb and compression, to the point where the mix of the song is no longer distinguishable from the sound of the vocals.

Why is this so? Is it a trend in sound, or is it something a little deeper? The argument can be made that this is due to the simple fact that some of these artists, who rely heavily on after-effects on their vocals to hide within the mix, are simply inexperienced singers. This inexperience is easily covered up, so – why not?

Not the case with ‘Lousy With Sylvianbriar’; the vocals are right up front. Although not overbearing or preachy, they can’t help but leaving the listener with disturbing imagery and frighteningly poignant truisms which requires, in many cases, another listen to fully grasp.

My late pick for album of the year should have gotten more attention than it did upon release; it’s arrival may have been drowned out in the sea of press that came with new albums from massive label stars like Drake and Kanye. Nonetheless, it is worthy of many repeated listens.