Home › Editorial › Music, Culture & Everything › Kanye West & The Florida Panthers – How to Completely Alienate Your Fan Base 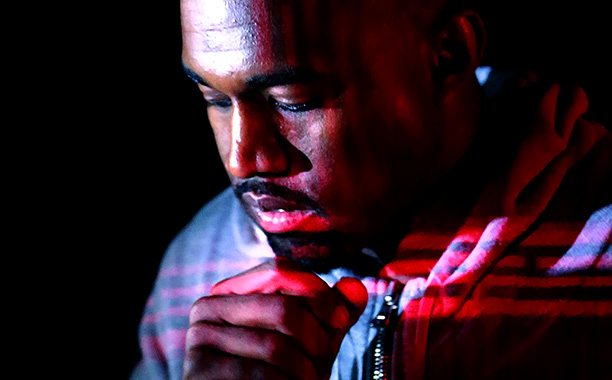 Two nights ago in Kansas City, Kanye West held a show at the Sprint Center – a shiny new building on the east side of the Power & Light District. On the same night the NHL’s Florida Panthers played host to the Ottawa Senators at the rather old and worn down BB&T Center in Sunrise, Florida. Guess which event sold more tickets? Notching their lowest home attendance since 2008, the Florida Panthers had an announced attendance of 10,074 – Kanye had barely 4,500.

“Scandalous love life, frequent impolite pronouncements and his gradual shift away from conventional hip-hop have alienated many of his fans” – Kansas City Star, December 4th, 2013.

When I read that quote, I feel torn. All of it is true, but what I hear when I read this, is Tipper Gore telling congress that Twisted Sister was “porn-rock”.

Though subject to a similar type of character-assassination, the clear difference between the early 80’s barrier pushers Gore targeted, and the current offering from Kanye West, is that Kanye simply didn’t write a relevant album. Twisted Sister’s ‘We’re Not Going to Take it’, ‘Darling Nikki’ by Prince, ‘Eat Me Alive’ by Judas Priest, and ‘Possessed’ by Venom, all featured songs on the PMRC’s “dirty 15”; songs that not only spoke to their audience, but in many cases defined what it meant to be a kid in the early 80’s.

It’s well documented that Kayne may have a bit of a god-complex, especially following the success of his duet with Jay-Z last year, but that did not give him free reign to release a mediocre, disingenuous, and at times completely unlistenable album and then claim that he’s “brought real rap back”.

Of course, maybe we all just don’t get it yet. Could Yeezus be the best album of the next 50 years but not get the credit it deserves until 2034? Anything is possible. However, right now, Kanye can’t fill an arena even with the best MC in the business, Kendrick Lamar, opening up for him. Kanye can’t get a radio interview in his hometown without ending up being accused of antisemitism by the Anti-Defamation League.

Kanye is not the voice of a generation as he so frequently claims to be. Kanye is a fool with a microphone – a very talented, gifted, rich, and successful fool, but as the saying goes, a fool and his money are easily parted. And after this amazingly expensive and so far unsuccessful tour, Kanye may end up with, literally, a large bill. Not something he’d be looking to pay before what will be, a very large wedding with his fiancé, Kim Kardashian.

Good luck with that, Kanye….

Download Kanye West to your MUSICBox On-Demand via the PCM Online Music Catalog by following this link.